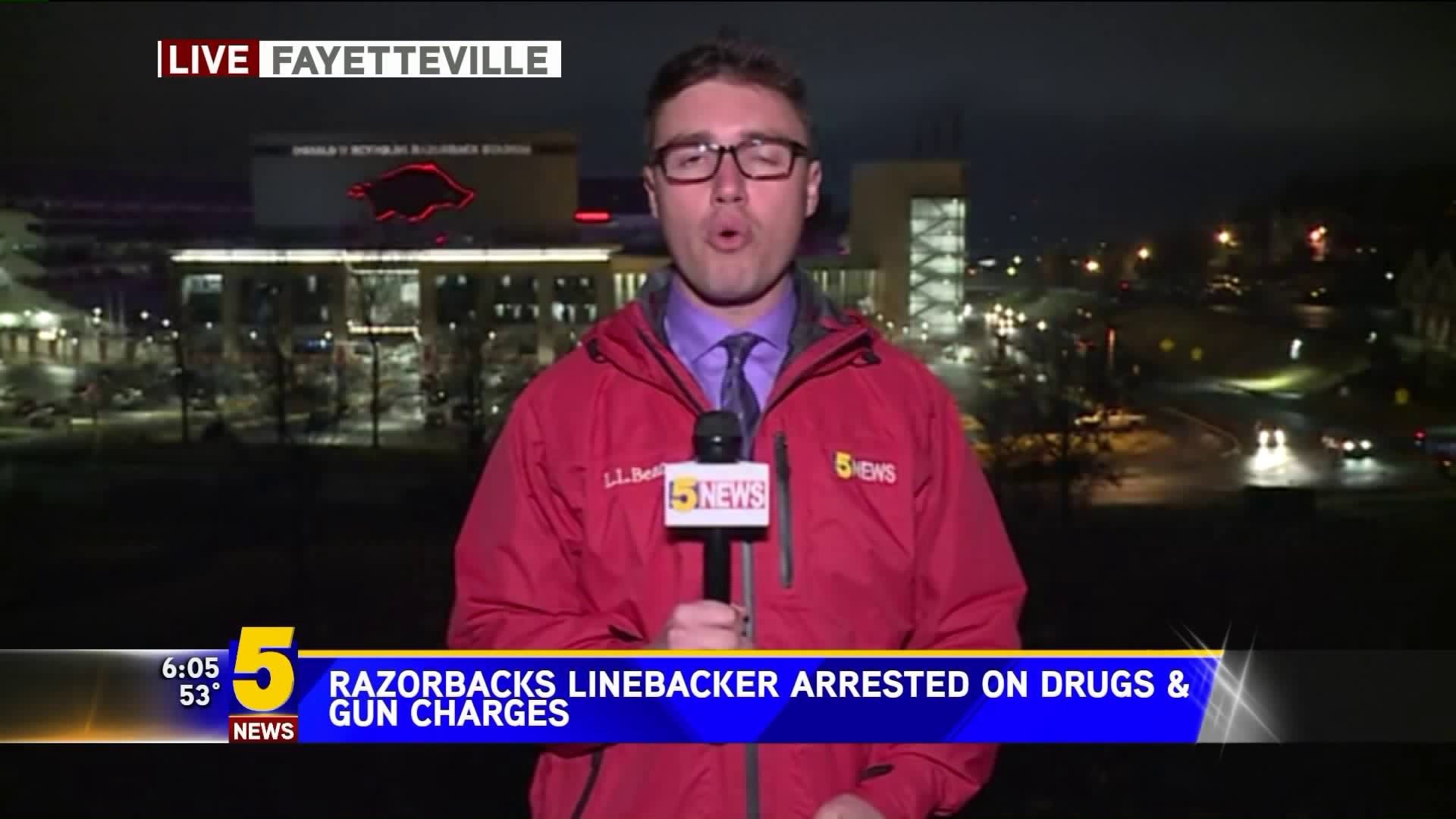 FAYETTEVILLE (KFSM) — Demetrius "Dee" Walker, sophomore linebacker on the Arkansas Razorbacks football team, was arrested in Fayetteville on Tuesday on possession of a controlled substance charges and simultaneous possession of drugs and guns, according to the Fayetteville Police, and he as been suspended "indefinitely" from the team, according to the University of Arkansas.

A preliminary report shows police found 95.8 grams of marijuana, 40 Xanax pills, several individual and sandwich baggies, a digital scale and a DPMS Panther Arms model AR-15 Rifle with a loaded magazine in the residence at 1399 N. Futrall Drive in Fayetteville.

According to the police, detectives from the 4th Judicial District Drug Task Force purchased marijuana during undercover operations from Walker with assistance from a confidential informant. The purchase was made "within the past four months," police said.

On Tuesday (Dec. 12), the task force executed a search warrant for Walker's residence on Futrall Drive. During a search, police said, detectives found 56 grams of marijuana, then 6 more grams of marijuana with baggies and a digital scale in a kitchen cabinet. They also found 40 Xanax pills and sandwich baggies on the kitchen counter. Police found an AR-15 rifle with a loaded magazine next to his bedroom door, according to the report.

Walker was arrested and taken to the Washington County Detention Center in Fayetteville and was booked into the jail about 10:50 p.m. Tuesday. He is scheduled for a hearing at 12:45 p.m. on Friday.

The University of Arkansas Department of Intercollegiate Athletics released the following statement:

“We are aware of charges involving Demetrius Walker, a student-athlete on our football team. The student-athlete has been suspended from our football program indefinitely, and we will continue to monitor the situation and cooperate fully with any related legal and campus processes. Our continued expectation is that our student-athletes conduct themselves and represent the University of Arkansas in an appropriate manner at all times.”

Walker was a sophomore linebacker for the Arkansas Razorbacks football team during the 2018 football season.

While Walker's personal page appeared to be up still, he was no longer listed on the Razorbacks' roster as of Thursday morning.