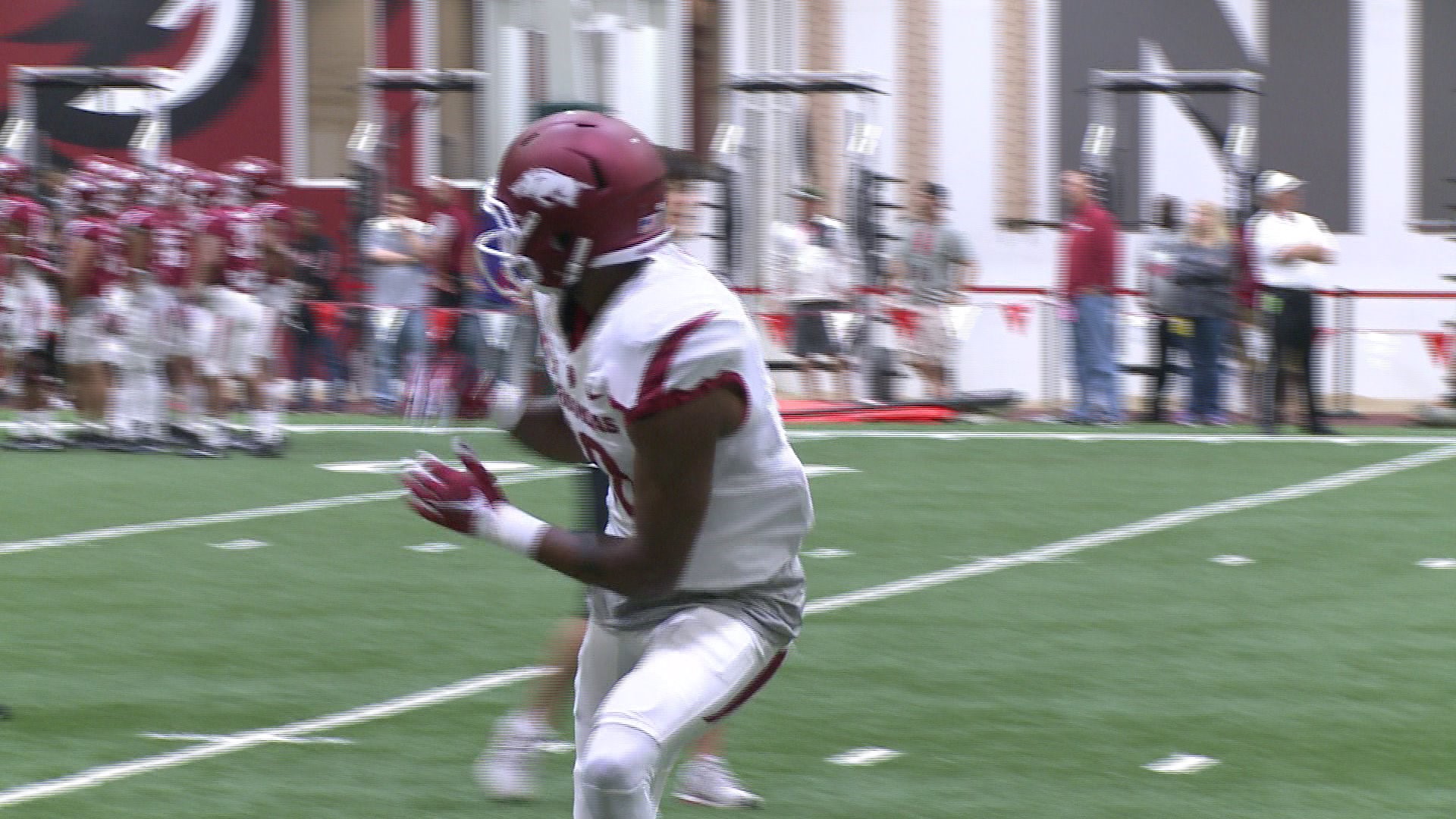 FAYETTEVILLE (KFSM)--Arkansas had a number of productive wide receivers head for the NFL draft after graduation. The trio of Austin Allen's favorite targets from last fall all ended up signing free agent contracts. Keon Hatcher with the Radiers, Drew Morgan to the Dolphins and Cody Hollister to the Patriots.

A main focus for Arkansas heading into spring football was replacing the 119 catches, 1,622 yards and 12 touchdowns produced by those three departed wideouts. The question was whether the Hogs would lean more on Razorback veterans or junior college transfers.

"Some of our young guys, Deon Stewart you saw out there today and LaMichael Pettway are doing good stuff. I think Brandon Martin and Johnathan Nance can help us. Jordan Jones had his best week this last week," Bret Bielema said.

"Johnathan Nance, he's just a football player. He knows the offense, he knows how to get open, he knows how to get to zones and open spots in the field. And then Brandon Martin is just an athlete, god given ability, six-four. You know he goes up and gets the ball. If the ball's in the air there's a good percentage he's coming down with it," senior Jared Cornelius, Arkansas's top returning receiver, said.

Cornelius caught 32 passes for 515 yards and 4 touchdowns last season, one of the most consistent receivers on a week-to-week basis. Offensive coordinator Dan Enos challenged the wideouts to mesh as a unit and become more consistent between the spring and fall.

"I took that as a challenge for this summer for us. Just to get in there and come back a different wide receiver corps in the fall than what we are right now. Just try and get better and get the timing down and what routes to adjust against better coverages, and I think that's just reps and they got a lot better from day one to day fifteen," said quarterback Austin Allen.

While the wide receivers may not have as much experience as last year's bunch, the one important constant is quarterback Austin Allen, back for his second full season as the starter.