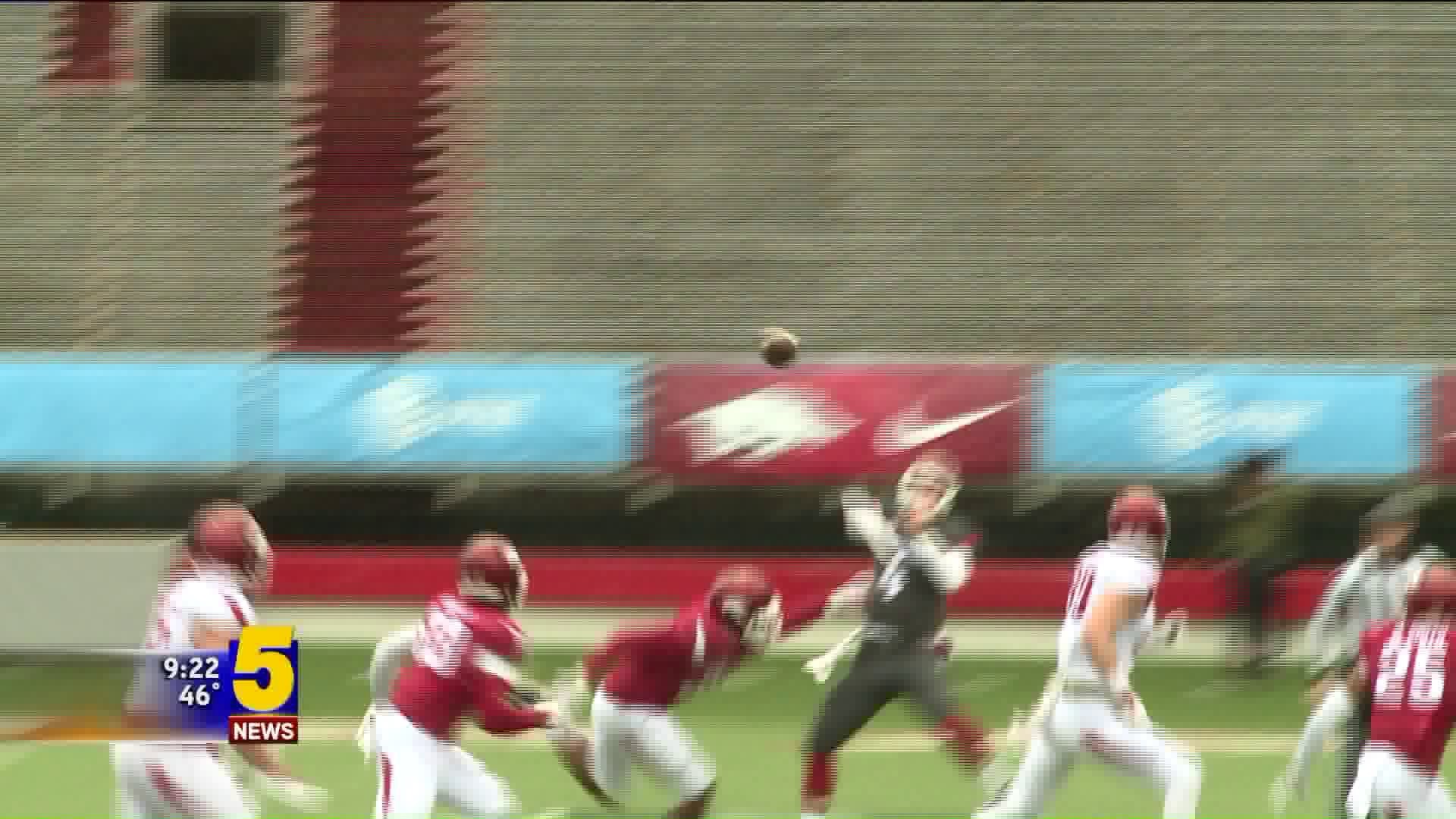 LITTLE ROCK (KFSM)-- Just a few months ago, Cheyenne O'Grady was considering leaving Arkansas. With the coaching situation in flux and no guarantees for how a new coach would utilize his talents, O'Grady began exploring the idea of transferring. Once Chad Morris was hired, O'Grady looked into how he uses tight ends, and decided there was a place for his talents under the new regime. Saturday at War Memorial, his faith was rewarded.

The starting offense managed only two touchdowns in the Red White game; both O'Grady touchdowns. The first came on the longest play of the day, a 53-yard catch and run off a pass from Ty Storey.

"Just getting an athlete like that the ball in space is all we're trying to do," says Storey. "And as you see, if you do that, he'll make plays for you."

The former Fayetteville Bulldog then caught a five yard pass from Cole Kelley for his second score.

"I think our tight ends like this offense a lot, because they're getting the ball a lot," says Kelley, "especially in the red zone. They're doing some really good things."

Head coach Chad Morris knows how important O'Grady can be.

"For us to be...the most explosive offense in the country, that tight end position has got to be a versatile guy."

For now, it looks like O'Grady could be that guy, and will be staying put in his hometown.