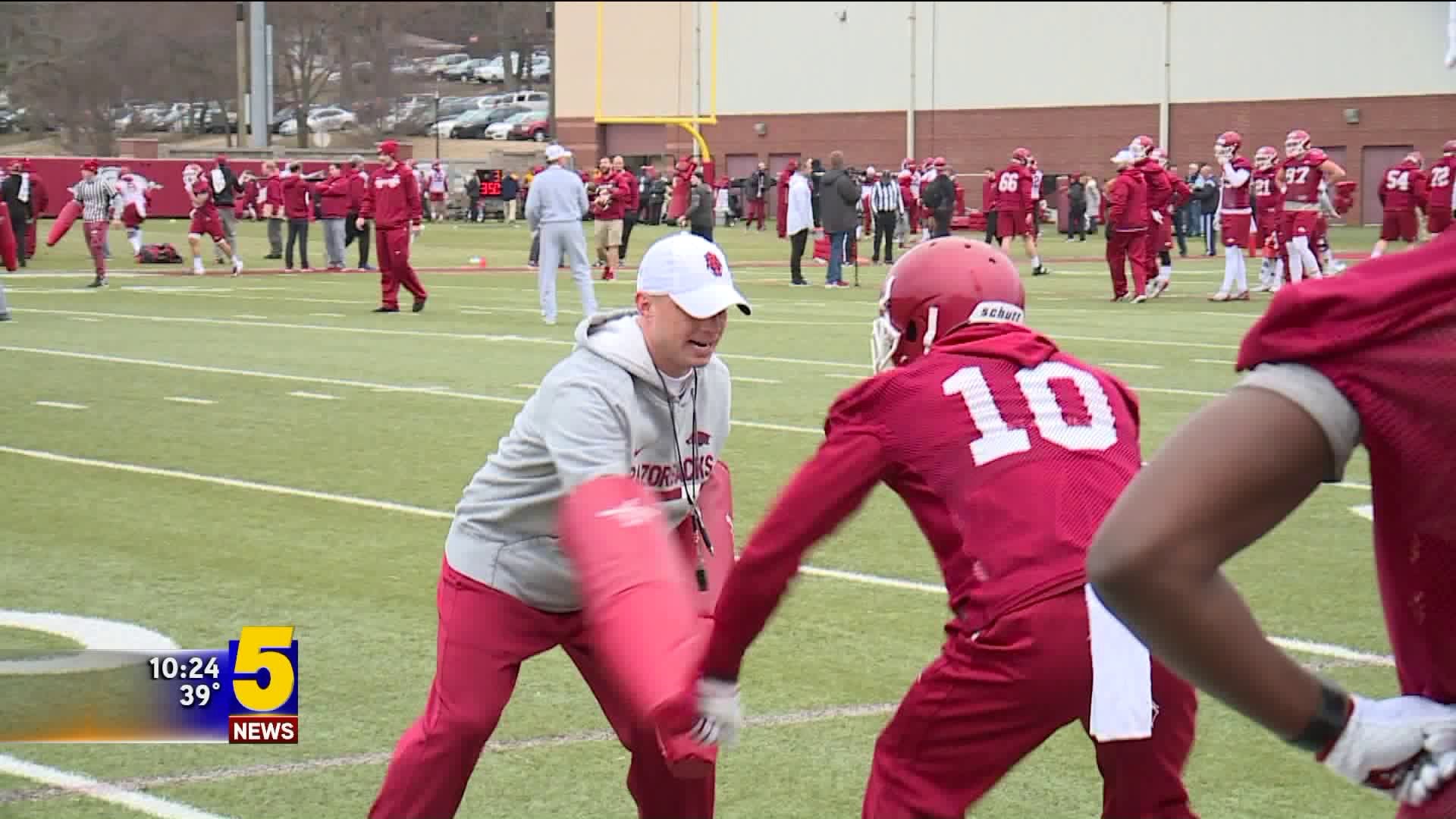 FAYETTEVILLE (KFSM) - A couple hours on the field on a cold March afternoon, and Arkansas football is back. The players (Scoota Harris, Ben Hicks, Joe Foucha, Dorian Gerald, and Bumper Pool, to be specific) said about what you expect from a standard day one.

"Today was a pretty fun day."

"It was cold out there."

"I think we moved around really good."

"It felt good to get back out there."

But after the worst season in program history, there's a lot of new beyond the generic soundbites.  The team isn’t looking for redemption, but rater, a full reset, says Harris, now a senior.

"It’s brand new, everything, just a restart to the new program."

Harris says that some of that energy comes from the freshmen, who of course weren’t around for last year.

"Most of the young guys are energetic, self starters, you know, they come out there with a good vibe, kind of get the day started for us, get it going."

Harris is joined at linebacker by Bumper Pool, who hopes to take over where Dre Greenlaw left off.

"Everyone has a sense of urgency, they know we have to do more to produce more wins."

And then there’s perhaps the biggest new face, transfer Ben Hicks, who played for Chad Morris at SMU and is the presumed frontrunner for the QB position.

"It’s kind of a dream come true, I’ve always dreamt about playing in this league, just excited about the opportunity, excited about the challenge," says Hicks. "So, I think that my job is to kind of be the leader of this team and bring guys along and just push this process along."

13 practices remain between now and the Spring Game April 6th, when Razorback fans get their first view of the new look Hogs.