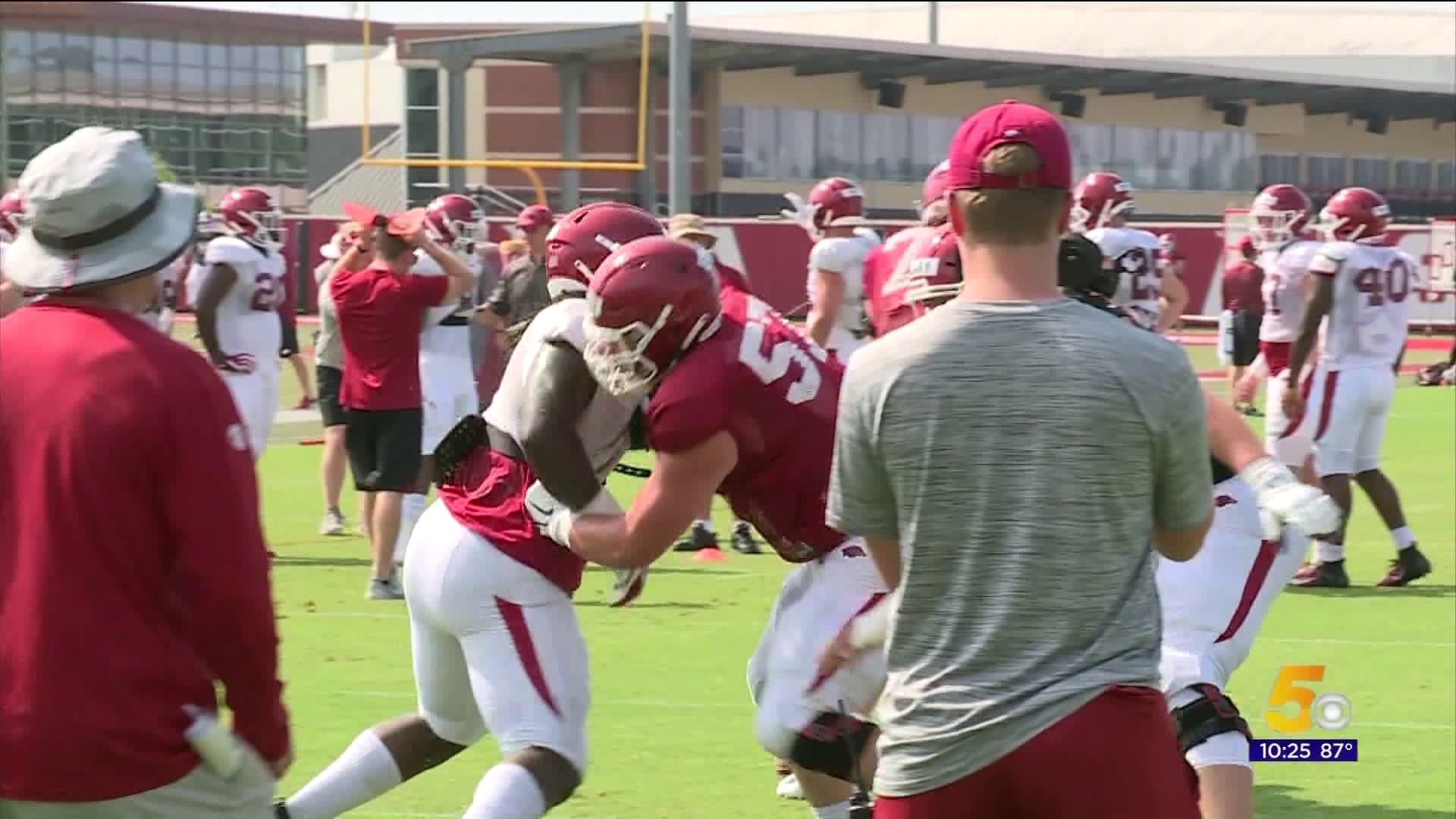 FAYETTEVILLE (KFSM) - We know Chad Morris likes watching his team go "good-on-good", the best offensive players taking on the top defensive unit. So far this August, the Razorbacks have practiced on two different fields to get more players in on the action. So how exactly did Morris choose to structure the second scrimmage?

"We work situations at the end of every practice so we’re constantly thinking about that," sophomore Bumper Pool explained. "So getting into a scrimmage where we’re fresh at the beginning and getting through those situations is gonna make us a better football team."

But how do you quantify getting better from oneSaturday to the next, especially when going head-to-head with your own teammates?

"Last scrimmage we had a lot of MAs, missed assignments," echoed De'Vion Warren. "So for this scrimmage, Coach Craddock basically told us to learn and study our playbook. And to see guys actually go in there and not mess up the same stuff they messed up in the first scrimmage is real good. That means they took pride in being able to study and learn."

Morris perceived a nice jump from August 10 to August 17 as well.

"I thought there was a lot of progress from scrimmage one to scrimmage two. Again, going back and we’ll watch the film and see. There’ll be a lot of things we have to correct."

But the main reason that Morris was pleased with Saturday's effort? Arkansas came away healthy while practicing in front of about 100 former Hogs.

In the final full week of fall camp, the Razorbacks have another scrimmage Wednesday. That's followed by Saturday's in-stadium walkthrough which will bring the countdown to one week out from the season opener against Portland State.