Five things to know ahead of Arkansas-Texas A&M

The #16 Razorbacks face the #7 Aggies in the Southwest Classic in Arlington, with the Hogs looking to break a nine-game losing streak to their SEC West rivals. 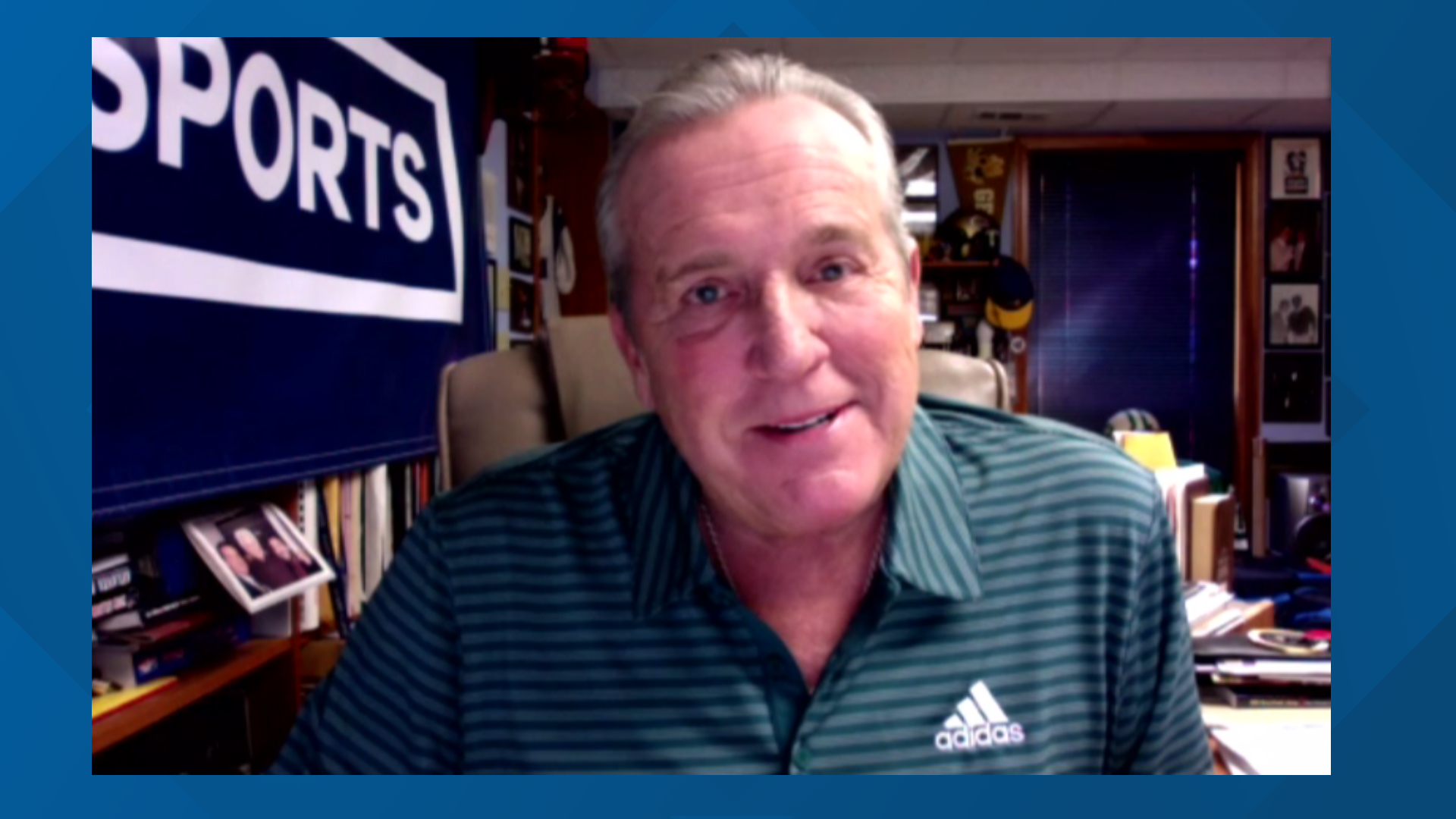 Up to this point, it's been so far, so good for Arkansas. Through three non-conference games, the 16th ranked Razorbacks are 3-0, coming off a 45-10 drubbing of Georgia Southern in Fayetteville.

But now, the schedule gets much tougher.

The Hogs open conference play and will leave Razorback Stadium for the first time when they face #7 Texas A&M (3-0) Saturday in Arlington for the Southwest Classic.

Here's five things to know before the Razorbacks and Aggies do battle at AT&T stadium.

1. History of the Matchup

Saturday will mark the 78th edition of the Arkansas-Texas A&M rivalry. While the Hogs own the all-time lead (41-33-3), it's the Aggies who have owned the last decade.

Texas A&M has won the last nine meetings, including going 3-0 with Jimbo Fisher in charge. Additionally, to find the last time the Hogs beat the Aggies in Arlington, you'd have to go back to 2011, when Broderick Green's game-winning TD rush gave No. 18 Arkansas a wild 42-38 comeback win over No. 14 Texas A&M.

But while the Aggies have controlled the series of late in the win column, it's not like they've been dominating the individual games consistently. Three of the last five games have gone to overtime, and every meeting since 2013 has been decided by 12 points or less.

That includes last season's meeting, which took in place at Kyle Field in Bryan-College Station. The Aggies won that meeting 42-31 behind Kellen Mond's 260 passing yards and three passing TD's.

The good news for Arkansas is that Mond is now in the NFL with the Vikings and no longer playing for Jimbo Fisher.

The Hogs won't have to deal with the guy who replaced Mond either. Haynes King was that guy, but suffered a leg injury Week 2 against Colorado.

Zach Calzada stepped in for King and didn't have the smoothest game. He completed less than half his passes (18-for-38, 188 yds, TD), and had a costly fumble near the goal-line. He did toss the game winning score to Isaiah Spiller which allowed Texas A&M to squeak out a 10-7 win in Denver.

With a full week of practice, Calzada looked more comfortable in a 34-0 win over New Mexico last week. He passed for 275 yards and 3 TD's.

However, he also threw an interception in the game, and the Hogs' defense is certainly a step up from that of the Lobos. Barry Odom's defense has already rattled one young quarterback from the Lone Star State this season in Texas' Hudson Card, and his front seven will be looking to do the same against Calzada.

As for Arkansas' offense, the first half against Rice all of a sudden seems like a long time ago.

Through three games, the Razorbacks are averaging 41 points per game, 4th best in the SEC, and 22nd in the country.

Last week was KJ Jefferson's best performance in an Arkansas uniform. The sophomore QB threw for a career-high 366 yards, to go along with three passing touchdowns. In addition, Treylon Burks had his first breakout game of the year. He totalled 127 yards on three catches, including a 91-yard TD that truly put the game to rest.

However, it's been the rushing attack that's been the bread and butter for the Kendall Briles offense.

At 282.3 rush yards per game, Arkansas ranks 8th in FBS on the ground. That's thanks not only to Jefferson's abilities with his legs, but also to a deep stable of backs that includes Trelon Smith, Dominique Johnson, Raheim Sanders, and AJ Green.

The Razorbacks then will figure to similarly lean on that ground that's worked so well, and use it against the Aggies. They should be able to have some success as well, as Texas A&M has the 3rd worst run defense in the SEC at 162 yards allowed per game on the ground.

However, throwing the ball for the Hogs will be a different story. The Aggies defense is good against the pass. As a matter of a fact, it's statistically the best in the country against the pass.

Texas A&M is giving up an FBS-low 77.3 yards per game through the air. It's an impressive stat that seems even more daunting when paired with the fact that they haven't allowed a 100-yard passer yet this season.

A big part of that has been the havoc that the Aggies defensive front creates on a week-by-week basis. It's led by one of the best lineman in the country in DeMarvin Leal, a projected first round pick in the 2022 NFL Draft.

Leal and Michael Clemons have combined to force 2.0 sacks and 4.0 tackles for loss and five quarterback hurries. Arkansas is dealing with injuries to Ricky Stromberg and Dalton Wagner on the offensive line, but having them healthy and ready to go Saturday would be huge towards helping give Jefferson a clean pocket to throw from, and preventing the offense from becoming one-dimensional.

5. Hogs Defense Is No Joke Either

While the Aggies have the SEC's best pass defense, the Hogs boast the 2nd best one in the conference. That figures to make Calzada's life, in only his second career start, only that much more difficult.

The experienced trio of linebackers in Hayden Henry, Bumper Pool and Grant Morgan showed they can slow down elite running backs to in the way they limited Texas RB Bijan Robinson.

Now, Arkansas has a two-headed monster to deal with in Isaiah Spiller and Devon Achane at running back for the Aggies, with WR Ainias Smith getting his share of carries as well.

But with the emergence of John Ridgeway on the defensive line, alongside Tre Williams and Markell Utsey, the Hogs have the bodies to be able to limit what the Aggies want to do on the ground and make Calzada beat them with his arm. All three teams Arkansas has played so far came into the game looking to establish the run, only for Odom's defense to win that battle in the trenches.

Additionally, the two teams are only giving up a combined 21.7 points per game. So while we've seen high scoring games in the past in the Southwest Classic, this projects to be more of a low-scoring slug fest, with turnovers, field position and situational football all playing key factors.