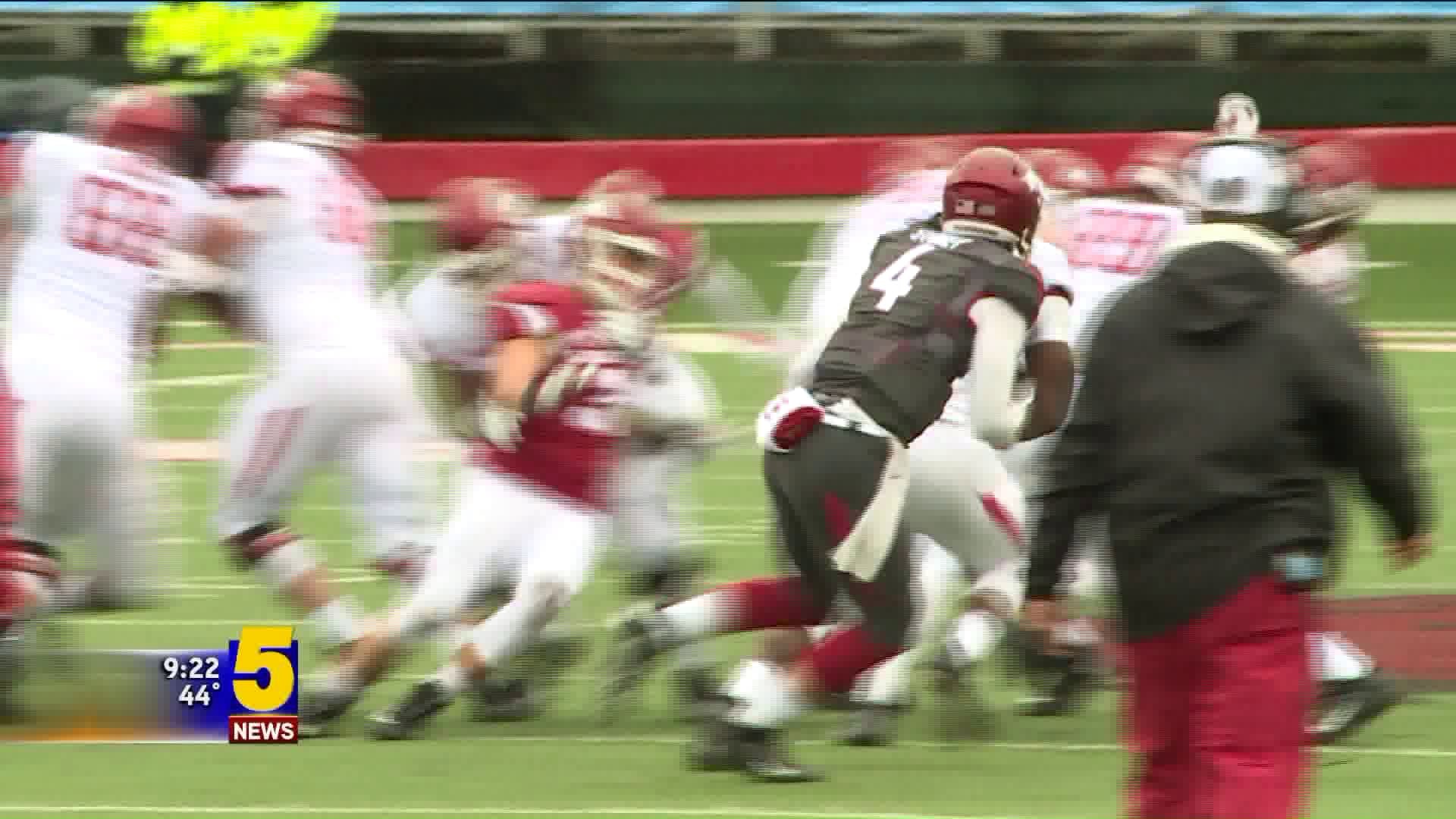 LITTLE ROCK (KFSM) - Arkansas knew no matter who it hired as a head coach, the Razorbacks would need to make a splash on the defensive side of the ball.

The hiring of John Chavis looked to do just that and the Hogs' defense already looked to take a big step in Saturday's Red-White game.

"We're not that far away," Arkansas linebacker Scoota Harris said. "It was difficult starting off with the language, the verbiage. Scheme wise on both side of the ball, we got it going good. Our offense got it going starting out but our defense did a couple things. I'm very impressed with the first team defense not giving up a touchdown against the (starting offense) so we're not that far apart right now."

Arkansas' starting offense threw for 256 yards on 17-of-33 passing with two touchdowns and no interceptions but the defense was able to force a pair of fumbles, one of which was returned inside the 5-yard line.

"We've got to be consistent. Consistently consistent in a lot of areas," Arkansas coach Chad Morris said. "(The secondary) made a lot of plays on the ball. I thought Ryan Pulley, Chevone Calloway made a couple good breaks on the ball on some deep ball shots. We had some in our hands and should have made some catches too but the (defensive backs) were right there to contest the ball."

Arkansas was without starting defensive end Sosa Agim as he was attending a family funeral but there were definite signs of progress for the unit.

"The 14 practices before that was way harder and more demanding so today was just like game day," defensive end Randy Ramsey said. "Game day is much easier than practice so it felt good and I had fun."