Morris has had drone for six years 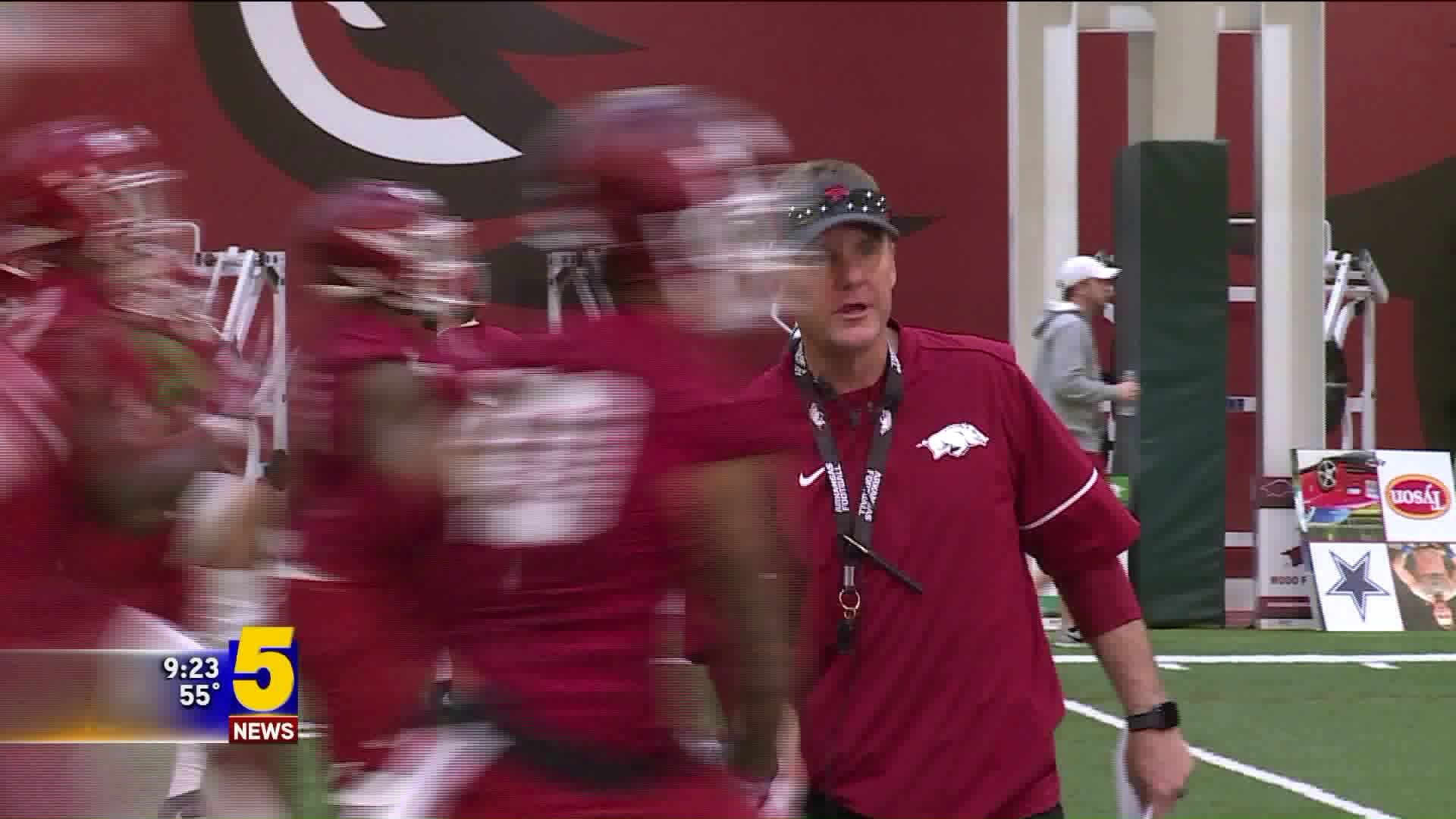 FAYETTEVILLE (KFSM)--Outside of Chad Morris, his new staff and a handful of freshmen and transfers, there’s a new spectator at Arkansas spring football practices.

"We’ve had the drone for several years, we had it at Clemson. Oh yeah, we were one of the first to have the drone," Morris said after the first spring practice.

The head Hog is both a unique offensive mind and a pioneer of technology in football.

"It’s been a great teaching tool for us and so we’ll do a whole lot of video study with our drone."

2018 marks the sixth year for the drone. After stints at Clemson and SMU, it’s the Razorbacks turn to benefit by getting a new perspective.

"There're different levels we will fly it at. Some we’ll fly it at about eight nine foot high to where it kind of gives exactly what the quarterback is looking at," Morris described. "Other times we fly it extremely high cause we want especially in special teams we want to get a great top down look, and it moves with the ball."

Arkansas plays its Red-White spring football game on Saturday April 7 in at 1 p.m. inside War Memorial Stadium in Little Rock.