COVID-19 issues at TCU lead to the decision. 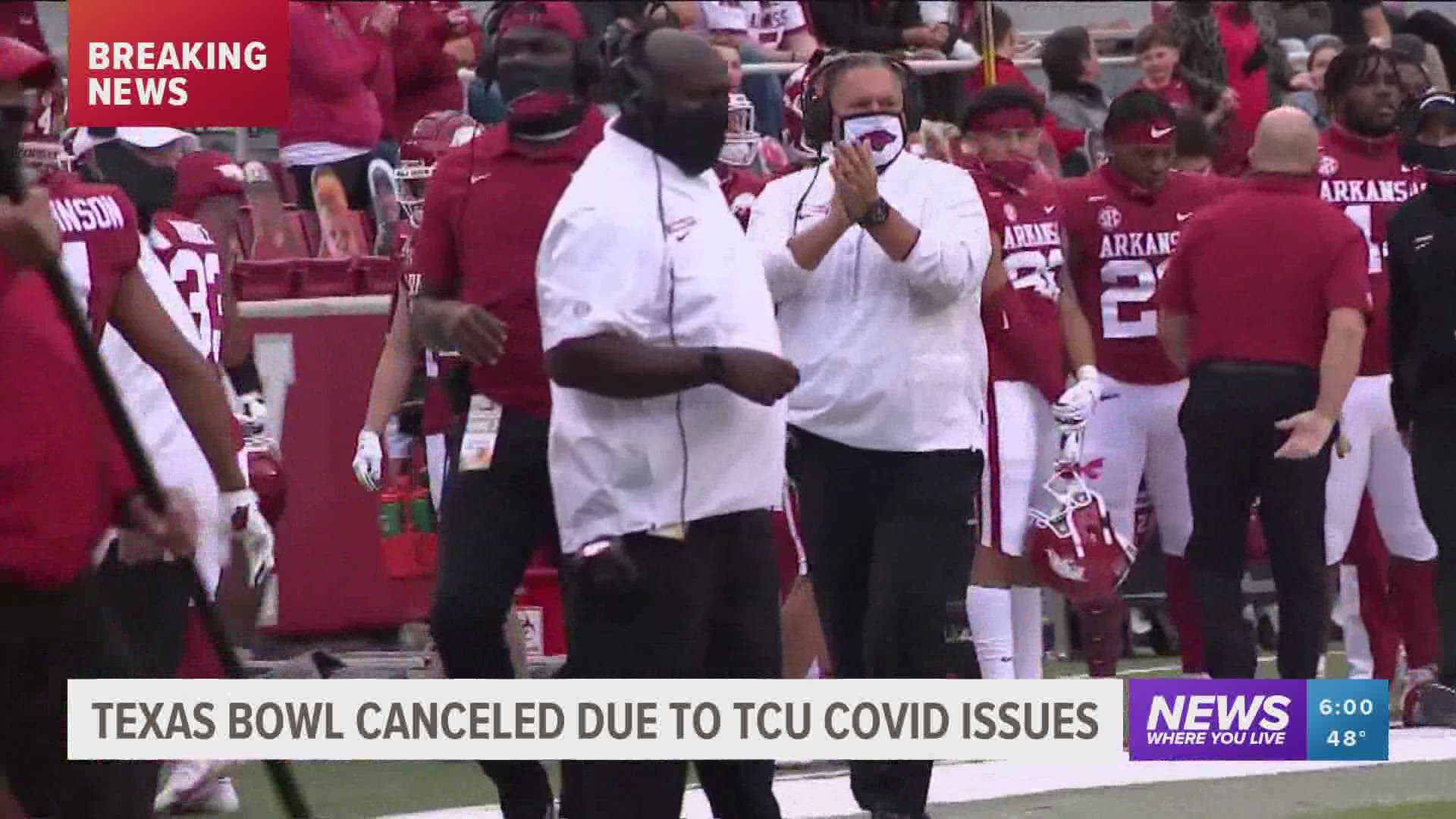 FAYETTEVILLE, Ark. — The Razorbacks were all set to pack into the team busses and head off for the Texas Bowl Tuesday afternoon. Instead, those busses drove off empty, as the team learned that the Texas Bowl was canceled due to COVID-19 issues at TCU.

The game was scheduled for Thursday night at 7:00 pm in Houston, but reportedly the Horned Frogs had to opt-out thanks to COVID-19 related issues.

Arkansas was supposed to end their season with a bowl for the first time since 2016. Instead, the first season under Sam Pittman will end at 3-7, with all three wins coming against SEC opponents.

Arkansas Head Coach Sam Pittman: “We are very disappointed not to get the opportunity to compete again as a team. We were excited and wanted to go play TCU in the Texas Bowl, but we certainly understand the issues in the TCU program. We had no positive tests from yesterday and were ready to go to Houston this afternoon with a healthy team. Our team and our student-athletes have sacrificed a lot over the last several months, including over the holidays, so this is a tough way to end our season. I’m so proud of our team for fighting and handling themselves through adversity all year.”

Director of Athletics Hunter Yurachek: “We are disappointed that our student-athletes will not have an opportunity to compete against TCU in the Mercari Texas Bowl. In what has been one of the most unusual seasons in college football history, our student-athletes made incredible sacrifices and earned the opportunity to safely compete in 10 games during the 2020 football season. That is a tremendous credit to them and the efforts of Coach Sam Pittman, his staff, our medical team and the leadership of Commissioner Greg Sankey and the Southeastern Conference. We look forward to taking the field again for the 2021 season.”

RELATED: Grant Morgan to return in 2021