Arkansas rises to No. 21 in College Football Playoff rankings

FAYETTEVILLE, Ark. — Arkansas moved up to No. 21 in the latest edition of the College Football Playoff rankings released Tuesday.

The Razorbacks (7-3) climbed four spots from their previous ranking after defeating LSU 16-13 in overtime in Baton Rouge.

For the Hogs, it marks their best ranking ever by the College Football Playoff committee, and matches where Arkansas currently stands in the AP Poll. In the Coaches Poll, the Hogs sit at No. 22.

2️⃣1️⃣ our best ever ranking in the #CFBPlayoff rankings! pic.twitter.com/bHtauXiXHH

The top four teams in the CFP rankings remained unchanged this week, with undefeated Georgia at No. 1, Alabama at No. 2, Oregon at No. 3, and Ohio State at No. 4.

Cincinnati, Michigan, Michigan State, and Notre Dame make up the following four teams in that order.

Next up for Arkansas, they visit Tuscaloosa for a top-25 matchup with No. 2 Alabama on Saturday. That will be the SEC on CBS game of the week, with game time set for 2:30 pm on Channel 5.

RELATED: Razorbacks to take on Crimson Tide live on Channel 5

RELATED: Hogs move up to No. 21 in latest AP Poll after win over LSU 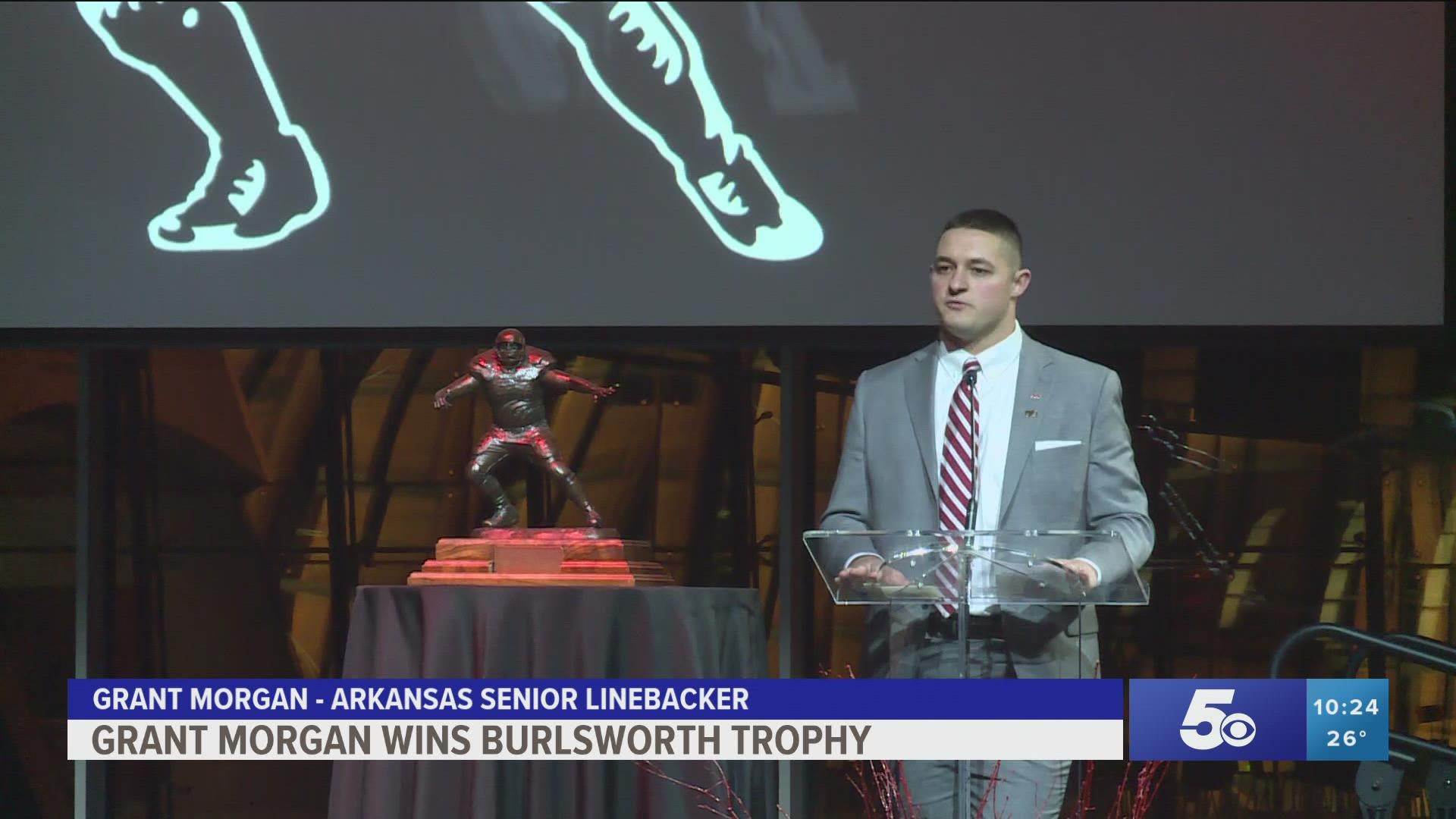