FAYETTEVILLE (KFSM) –  Arkansas coach Chad Morris turned heads nationally with the 21 recruits he landed on the early signing period in December and today... 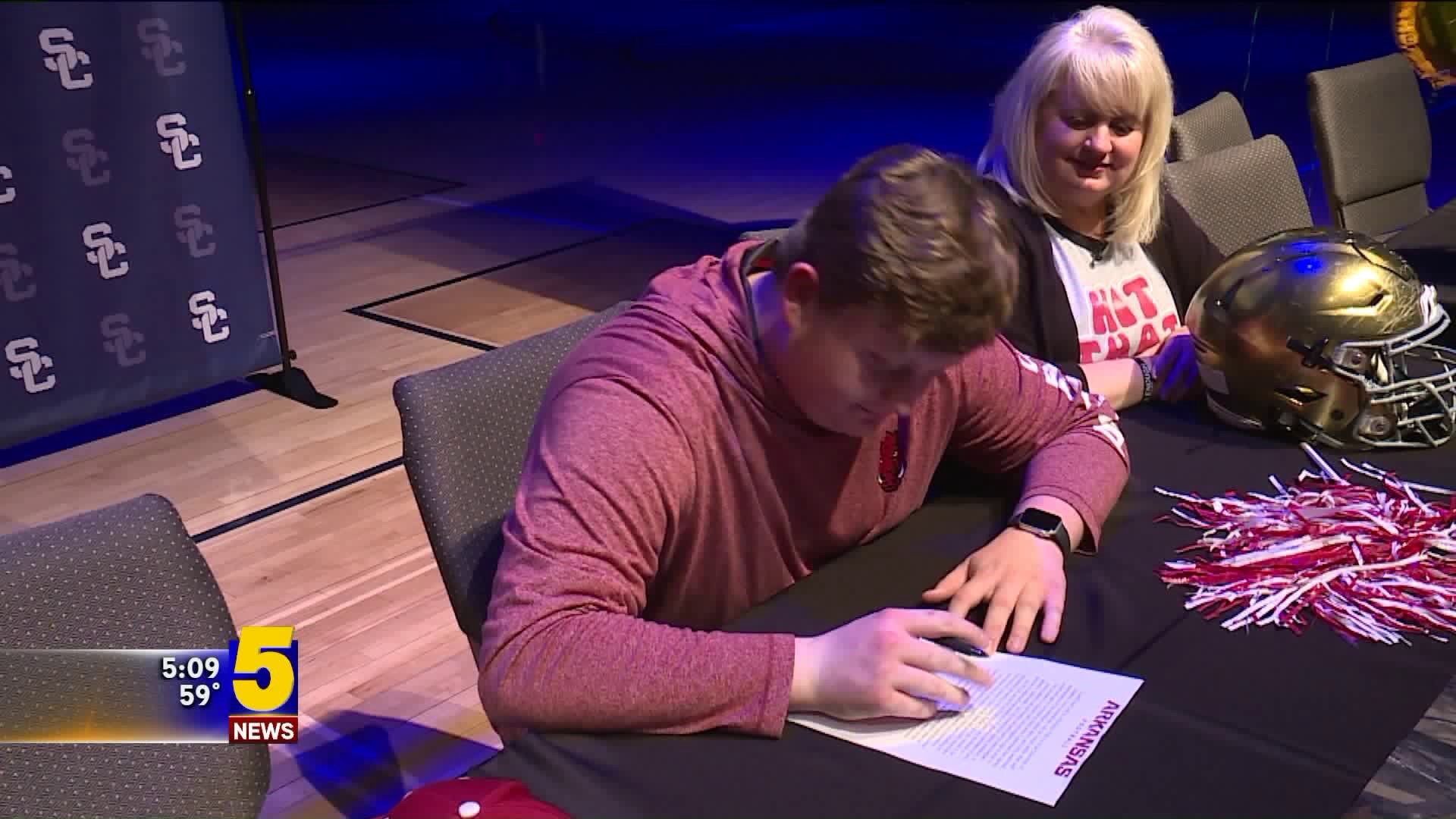 FAYETTEVILLE (KFSM) -  Arkansas coach Chad Morris turned heads nationally with the 21 recruits he landed on the early signing period in December and today the Razorbacks welcomed in the finishing touches of the 2019 signing class.

Morris will hold a press conference at 2:00 p.m. today to discuss the overall class. You can read about the early signees here.

Arkansas is expected to sign at least five players, those who were listed as a firm commit by 247Sports, on National Signing Day and hopes to sign a total of seven on Wednesday to get to 28 total signees for the class, plus the transfer of Hicks.

Burks is the highest rated player in the 2019 class for the Razorbacks as he is listed as the No. 103 prospect in the nation and the top recruit in Arkansas. For the Lumberjacks, Burks did it all but will play receiver in Fayetteville. Warren was a heavy favorite to win the 2018 4A state title until Burks suffered a torn ACL late in the regular season. With great size, 6-3, 225 pounds, Burks will provide a big weapon with good speed.

Spivey is the lone running back in the class for the Razorbacks and he led Central High School to the state championship in 2018. Spivey is listed as the No. 48 running back in the nation and will bring big play ability at 6-0, 208 lbs. MaxPreps listed Phenix City as the best overall team in the state of Alabama.

Henry follows a long line of immediate family members to play for the Hogs. The oldest brother, Hunter, played tight end for Arkansas and is currently with the Chargers while the middle brother, Hayden, will be a junior linebacker in the fall for the Hogs. Hudson is listed as the No. 2 recruit in the state of Arkansas and the No. 4 tight end in the nation. Henry led Pulaski Academy with 94 catches in 2018 and finished his career with 194 catches, 2,604 yards and 27 touchdowns

Catalon committed to the Razorbacks on Jan. 18 over offers from Texas, Oklahoma, TCU and others.  247Sports has Catalon listed as the No. 25 safety prospect in the country and the No. 303 player in their ranking system. Catalong is a consensus four star recruit according to every major recruiting service. Catalon joins high school teammates at Mansfield Legacy DT Taurean Carter and DT Enoch Jackson to sign with Arkansas.