Saturday Marks the First Day of Full Pads for the Hogs 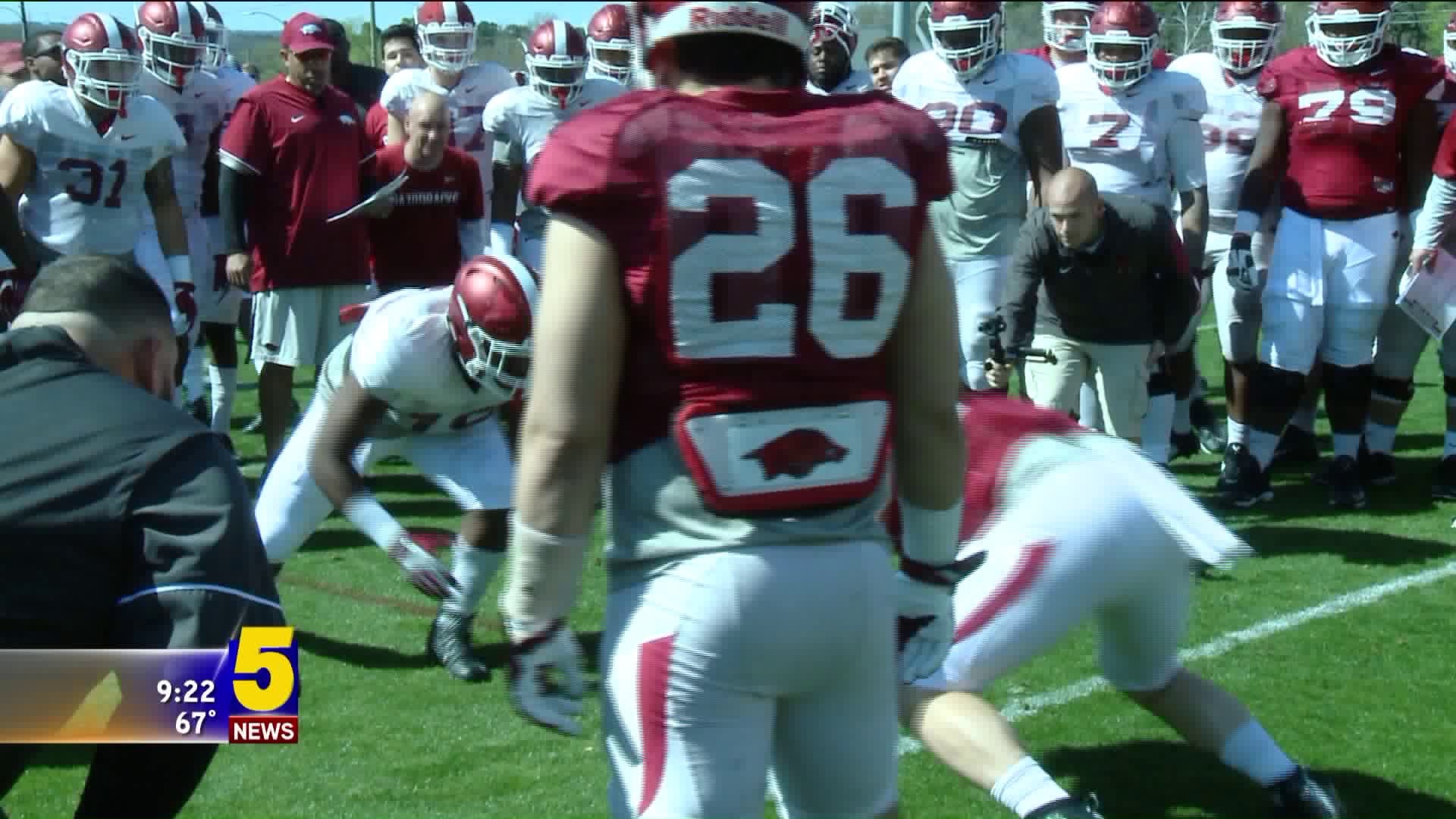 FAYETTEVILLE (KFSM)--Today was day three of Arkansas spring practice, and that means the pads are finally on, and the hits could start flying. Prior to today, the Hogs were working out without full gear. The coaching staff has a particular way of referencing the first two days of work.

Vernon Hargreaves, linebackers coach says that "It’s easy to be good in the underwear portion of this thing," while newly promoted defensive coordinator Paul Rhoads says "We’re out their practicing in underwear right now. We got helmets on and that’s it. So there’s a lot of things that look good because nobodies striking anybody yet."

But today the pads were finally on, and that brought certain expectations from head coach Bret Bielema.

"I thought they should be excited. I kind of told our group, our coaches and our players, if you aren’t excited about today’s practice you don’t belong here. Today has to be something that they hang their hat on, to get out there. Whether you’re playing wideout, corner, nose guard or offensive center you gotta enjoy the day in pads, so I thought they handled that"

Coach Bielema also gave his thoughts on how the first week went as a whole, saying "To be healthy, to be moving I the right direction, and to me, to have three winning practices, practices that I think we took a step forward is a positive point.  We’ve got a couple new guys, couple new young coaches, they all handled it very very well. Good energy that they brought, and they obviously line our guys up and set the tone for practice, so to have that going on was good"