Red Team comes from behind to beat the White team, 30-20 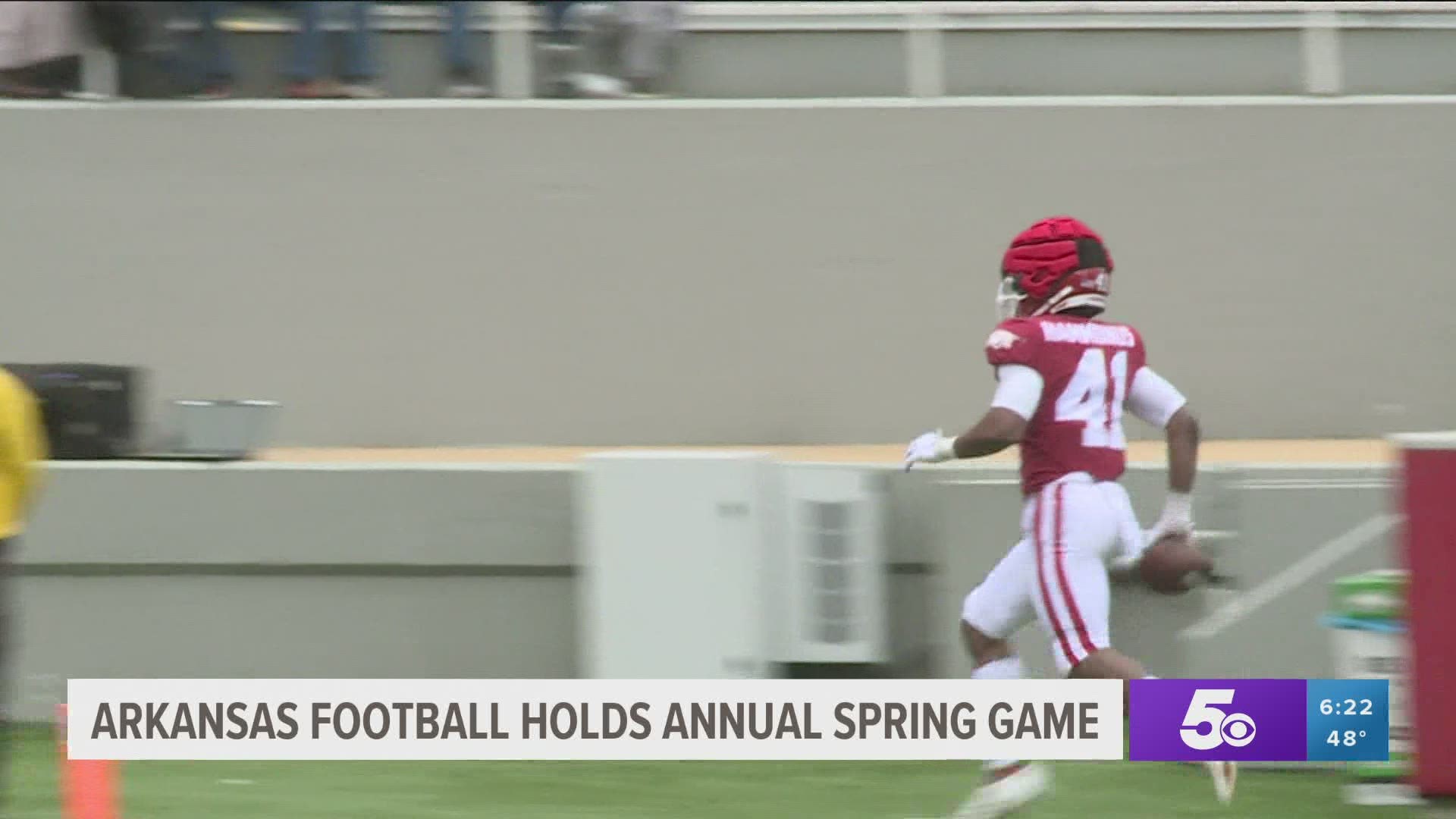 In front of fans, cheerleaders, and the band for the first time in over a year, the Razorbacks went to work, playing four quarters of what vaguely resembled a football game, albeit with some tweaks in format and the occasional do-over, as this is still essentially a practice.

The Red team, featuring the first team defense and the second team offense, went down 17-3 early. KJ Jefferson hit two deep touchdowns to Mike Woods and Treylon Burks to put the White team (first team offense, second team defense) up big. Malik Hornsby and the Red squad battled back to tie things up at halftime, 20-20 behind a TD run from TJ Hammonds and a toss from Hornsby to John David White. Second half, all Red team, as they pulled off the comeback, holding the White team scoreless and rolling to a 30-20 victory, with a fourth quarter featuring a lot of third team looks on offense and defense.

That's a wrap on spring football for the Razorbacks, they'll work out over the summer, then return for fall camp. the 2021 season kicks off Saturday September 4th, when the Rice Owls come to Fayetteville. That will be followed by the much anticipated meeting with Texas, September 11th.