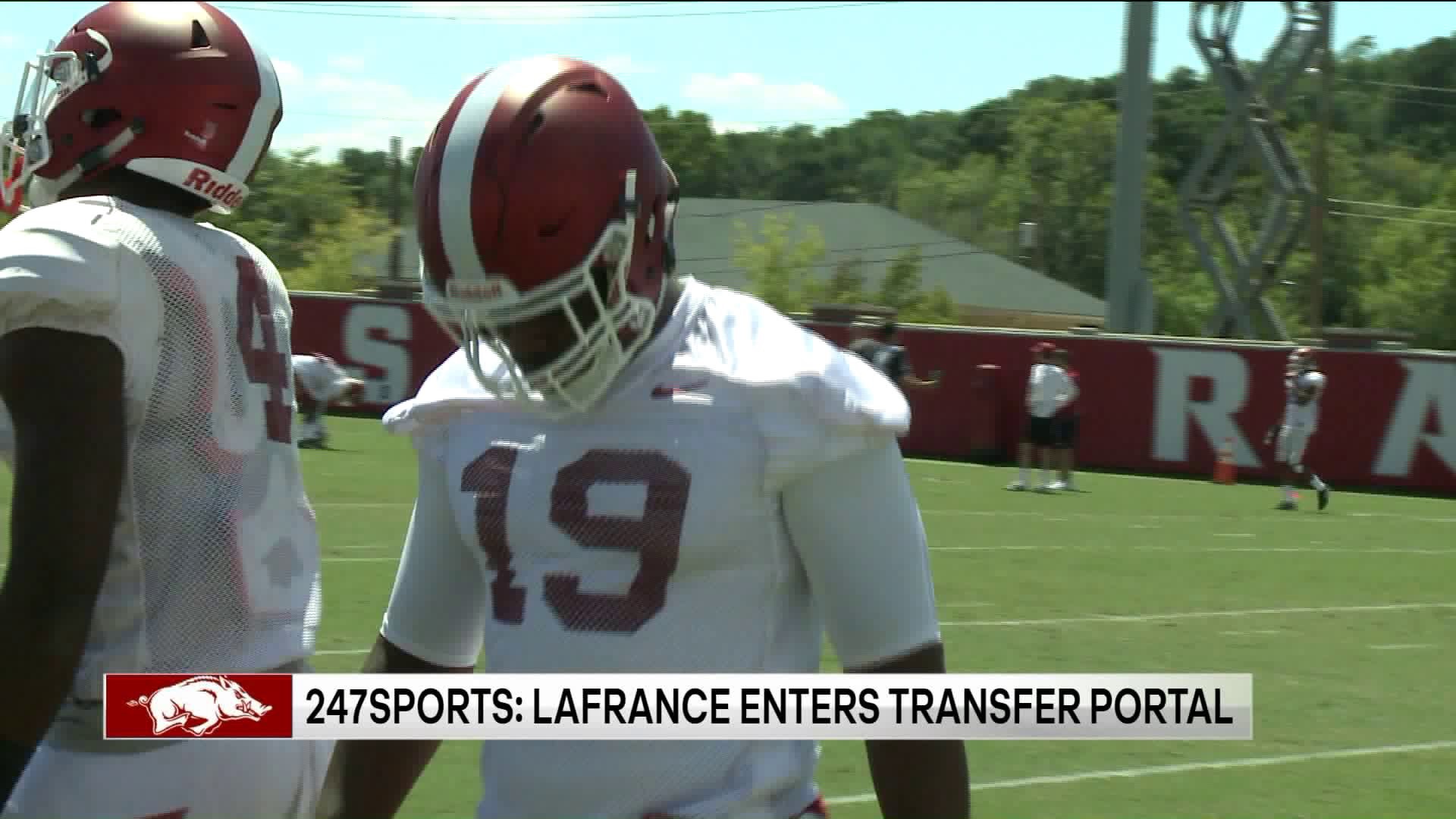 FAYETTEVILLE (KFSM) - Linebacker was one of the biggest questions marks for Arkansas entering the 2019 season and that position appeared to have taken a blow on Thursday.

247Sports has reported that junior Giovanni LaFrance has entered the transfer portal. Though that does not guarantee he is leaving the Razorbacks' program but the timing would indicate he does not see a future at Arkansas.

LaFrance appeared in nine games last season and played a total of 53 snaps but only eight on defense. For his career, the New Orleans native recorded just four tackles for the Razorbacks.

On Aug. 3, LaFrance spoke at media day and said that defensive coordinator and linebackers coach John Chavis told him to not worry about the depth chart and that it 'would take care of itself'. LaFrance was not running with the first or second units in the open portion of practice earlier this week.

LaFrance was one of 20 members of the Razorbacks' signing class in 2016 but now only 10 players from that group remain with the team.