Two large screens will be added on Dickson Street that will televise the game for fans supporting businesses in the entertainment district. 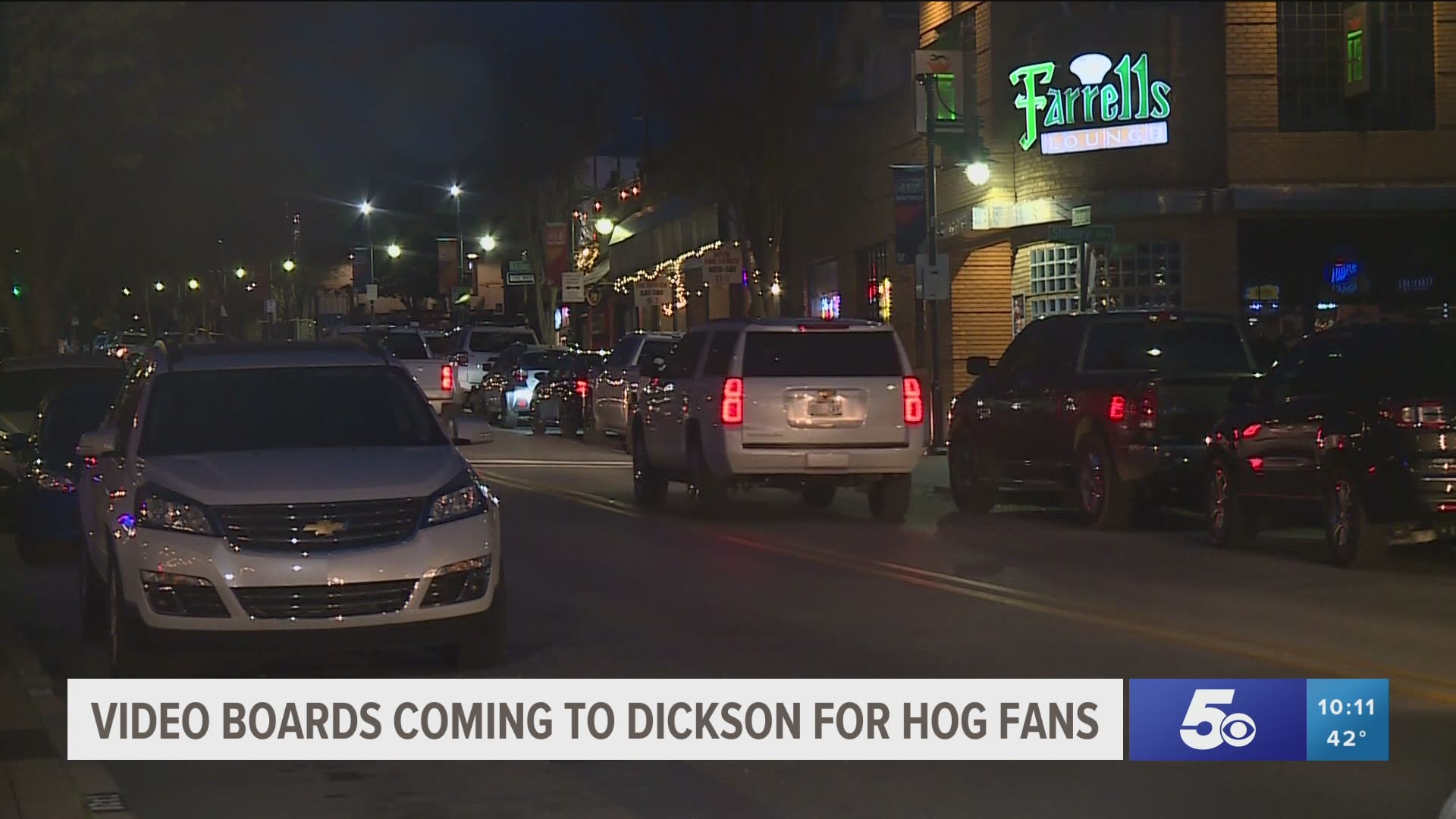 Just as the pandemic has significantly impacted attendance for Razorback basketball games at Bud Walton Arena this season, local restaurants and businesses have suffered financially during these challenging times.

In an effort to help bolster local business while rallying the Razorback Nation behind Coach Eric Musselman and the men’s basketball team, Razorback Athletics is teaming up with local officials and the Dickson Street Merchants to bring a little Sweet 16 excitement to the heart of the Fayetteville downtown entertainment district for Saturday (March 27) night’s NCAA Tournament matchup against Oral Roberts. The game is scheduled to tip at 6:25 p.m. CT.

Two large screens will be added on Dickson Street that will televise the game for fans supporting businesses in the entertainment district or even just passing through the area.

One screen will be in the Dickson Street Theater fenced-in area, with the screen facing southwest. The other screen will be affixed to a display truck with the game airing on screens on both sides. The parking location of this vehicle will be across the street from Farrell’s Lounge Bar & Grill

Fans should note that Dickson Street is not being closed down to traffic and these video boards are not intended to serve as a watch party destination.

The screens are being added to encourage patronage of local businesses and enhance the experience for those frequenting the entertainment district.

Fans are encouraged to follow all state-prescribed health recommendations, including the use of masks and adhering to social distancing.

RELATED: How Sweet 16 it is! Hogs advance to second weekend of NCAA Tournament