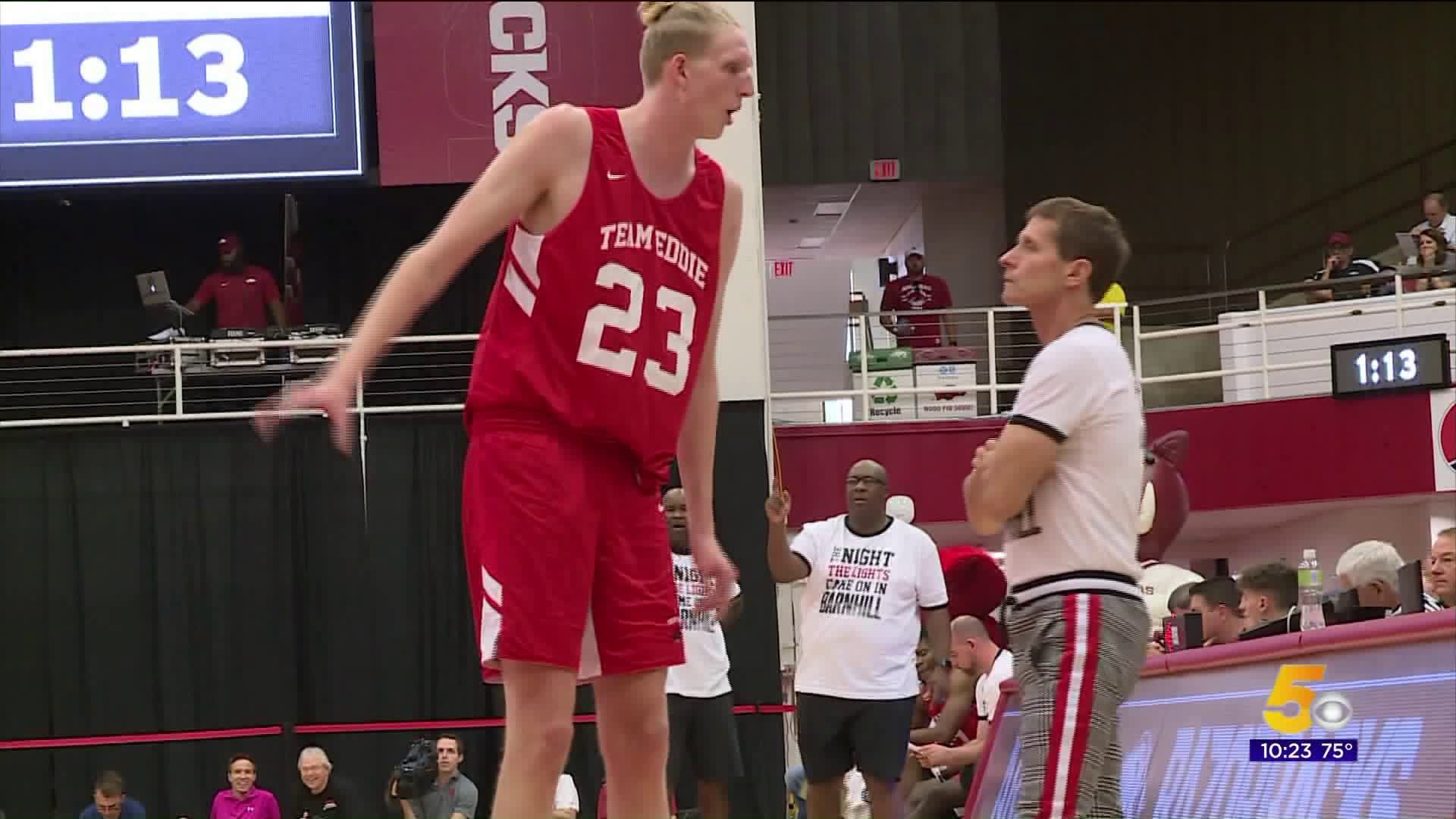 FAYETTEVILLE (KFSM) - Amidst the throwback atmosphere of playing in Barnhill Arena , it was a new face that towered above the rest in today’s Red-White Game.

"I hate to bring it up, but Connor, we’re a lot different when he’s on the floor," admits head coach Eric Musselman.

"I mean, you saw what he can do out there," adds sophomore Isaiah Joe. "He’s 7’3 and can shoot the ball, that’s hard to contest. so that’s what he did, he helped stretch the floor."

'There’s not many guys his size who can shoot the ball, and he’s a great passer, a willing passer," continues Musselman.

"I think it’s really unique what he can bring to a team, because he can shoot from outside and he’s seven foot," says fellow transfer Jimmy Whitt Jr.  "So when you have a guy who can be under the rim on defense and use that length to effect shots, and then on the offensive end stretch the floor, it helps."

Of course, questions about Vanover’s eligibility for this season loom almost as large as the man himself. Vanover,  a transfer, applied for a waiver to play this season, but has yet to hear from the NCAA. Musselman says that isn't changing soon.

"We have no way of knowing when we’ll hear one way or the other."

"Hopefully he can get his waiver but we never know. even if he wasn’t able to get his waiver, we gotta learn to work around that, which I think we’ll do very greatly," says Joe. "But if he was able to play on the court with us it would help us tremendously."

"I think we’re all approaching it like he’s in a development year and he’s not playing," admits Musselman.

"Looking around the country, there’s a lot of guys who’ve gotten it. I think he’s got as good a case as anybody," says Musselman.

Whether it’s this year or next, at one point, Connor Vanover will suit up in a real game for Arkansas, and based on what we saw today, that’s a good thing for Hog fans.