HOT SPRINGS, Ark. (KFSM) — The University of Arkansas Board of Trustees on Thursday (March 28) unanimously approved a resolution that would name the basketball ... 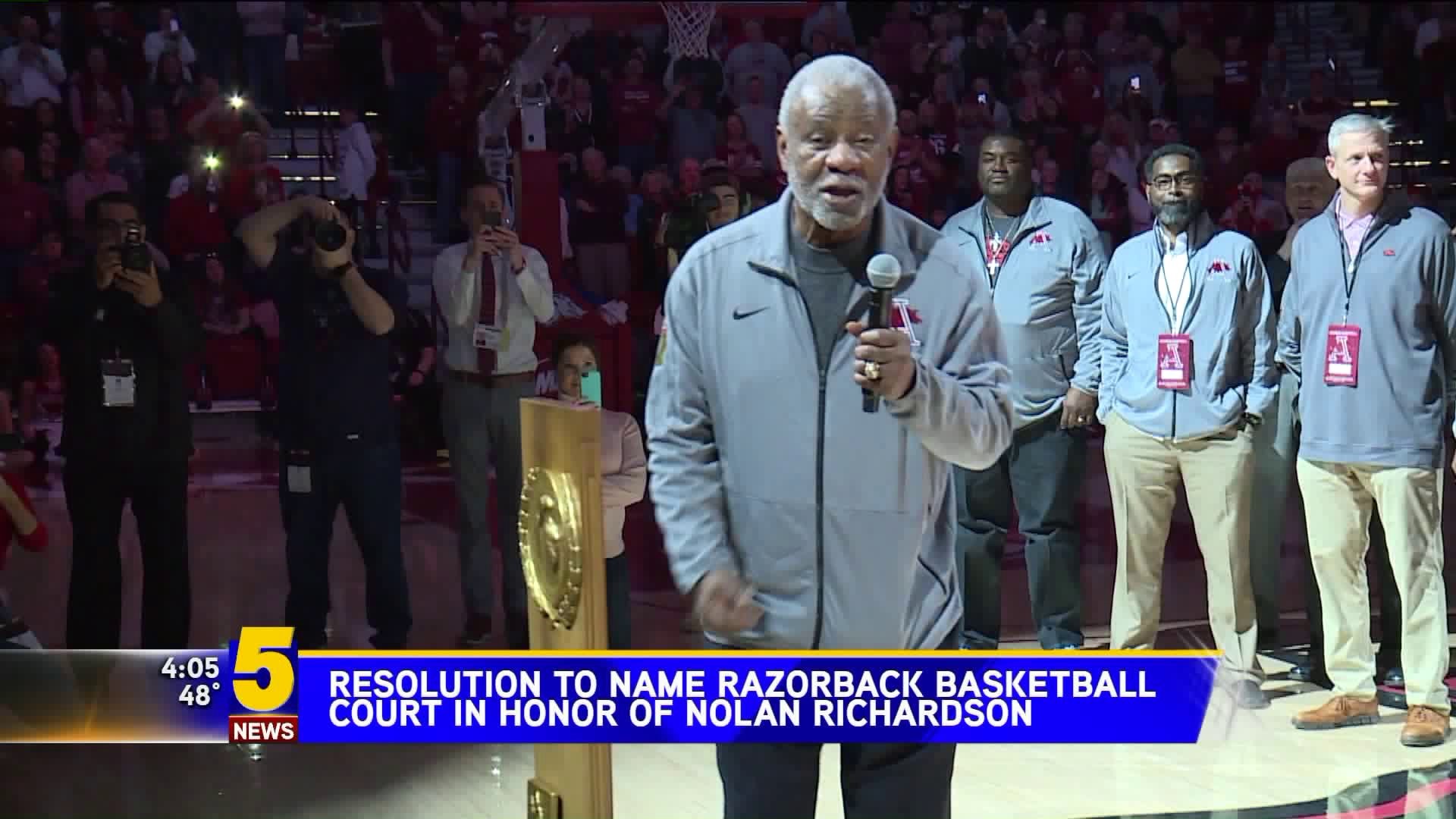 HOT SPRINGS, Ark. (KFSM) — The University of Arkansas Board of Trustees on Thursday (March 28) unanimously approved a resolution that would name the basketball court at Bud Walton Arena after legendary coach Nolan Richardson.

As head coach, Richardson, 77, led the Arkansas Razorbacks to a 1994 NCAA Tournament Championship win over Duke.

“Coach Nolan Richardson is not only a true Razorback legend, he is one of the most impactful coaches in the history of college basketball," said UA Chancellor Joseph Steinmetz.

"In his 17 years at the University of Arkansas, he not only led the Razorbacks to unprecedented success, but also used his position in college basketball to help change the world around him. As the first African-American head coach in the Southwest Conference, he was a trailblazer helping to provide opportunities for many others to follow in his footsteps.”

Hired in 1985, Richardson was the first African-American head coach of a men's program in the Southwest Conference (SWC).

He was fired as Arkansas' head coach in 2002 amid a public feud with university officials. Richardson claimed that he was being mistreated because of his race.

The relationship between Richardson and the university has healed over the years and many called for the court to be named in his honor.

The board also approved a resolution to study how the university could honor former coach Eddie Sutton, who coached Arkansas from 1974-1985.

Sutton, 83, helped re-establish Arkansas as a national power nearly 30 years after the program's emergence in the 1940s.

During his tenure at Arkansas, Sutton guided the Hogs to nine NCAA tournament appearances and the 1978 Final Four.

He was recognized in 2016 with a banner barring his name in Bud Walton Arena.

The board could present its recommendation at a May meeting.