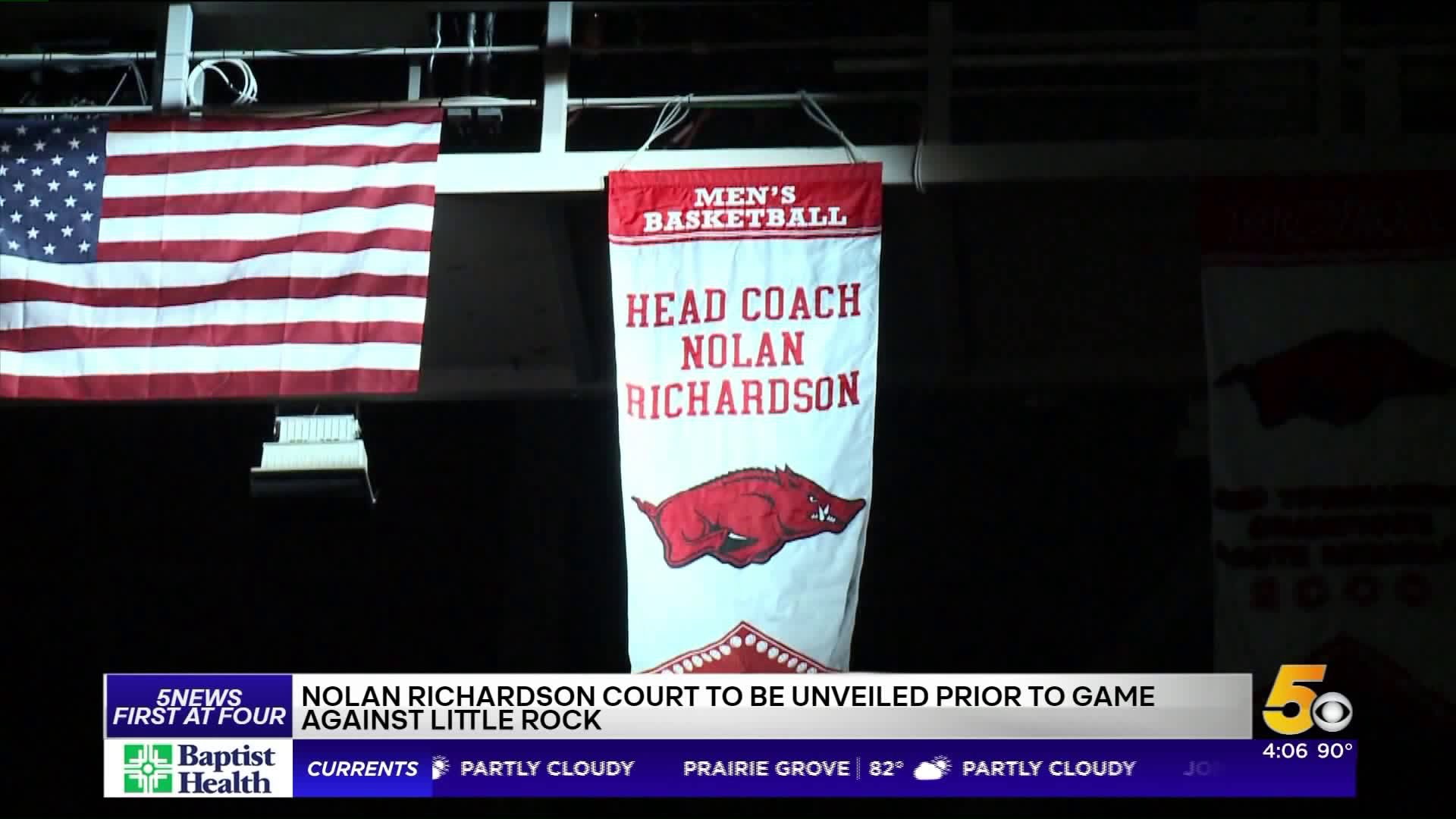 FAYETTEVILLE, Ark. (KFSM) — History will be made on two fronts in the coming weeks for Arkansas basketball.

The university announced on Wednesday that it will unveil Nolan Richardson Court, in honor of the legendary former coach, on Oct. 20th just before an exhibition game against Little Rock. Ceremonies are set to begin at 2:30 pm while tip-off is scheduled for 3:00 pm and will mark the first time since 1987 the Razorbacks will face an in-state school.

Admission to the game will be $10 with all proceeds going to Arkansans impacted by the historic flooding this past spring.

Exhibition games are generally reserved for playing schools from smaller divisions (Division II, NAIA, etc.) but the two schools received a waiver from the NCAA to face one another.

Richardson led the Razorbacks to 389 wins in his 17 seasons as head coach and made 13 NCAA Tournament appearances and the school's only national championship in 1994.