FAYETTEVILLE (KFSM) – After reaching the NCAA Tournament’s second round last season and a 14-6 start in the 2017-18 campaign, Arkansas basketball co... 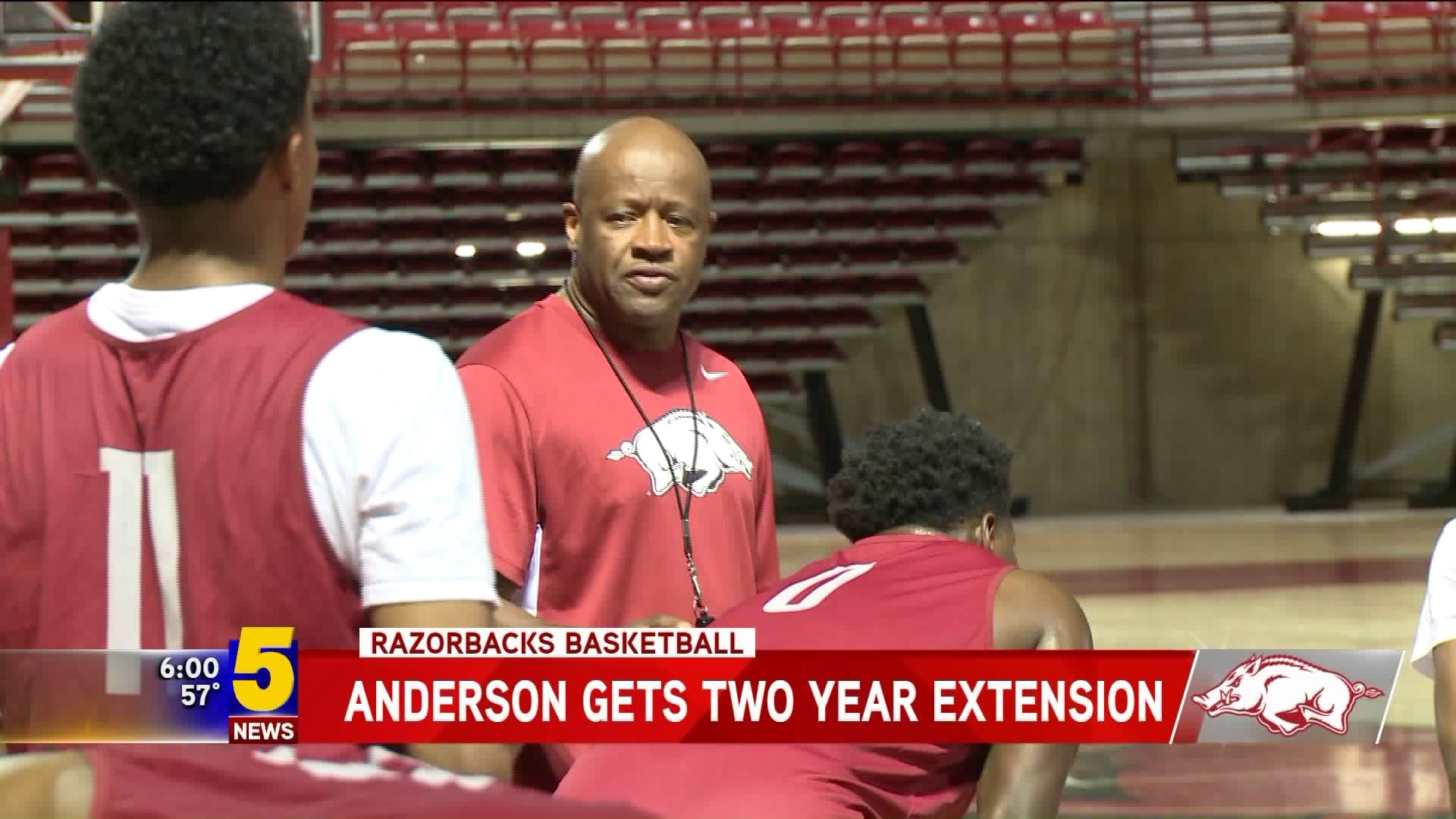 FAYETTEVILLE (KFSM) - After reaching the NCAA Tournament's second round last season and a 14-6 start in the 2017-18 campaign, Arkansas basketball coach Mike Anderson has been given a two year contract extension.

“I am appreciative of this meaningful expression of support for the continued direction of the Razorback men’s basketball program,” said Anderson. “Our entire staff and our student-athletes are committed to competing and winning in the Southeastern Conference and nationally. We are also making a difference in helping mold young men and pointing them toward their college degree. We have made significant progress, but we still have work left to do. I’m confident, with the passionate support of the Razorback fans, we can reach our goals.”

“We began discussions with Coach Anderson about an extension in April following the NCAA Tournament, including our tightly contested matchup with eventual national champion North Carolina,” Jon Fagg, senior associate athletic director and basketball sport administrator said. “Razorback men’s basketball is on the rise. Our team is among the best in the SEC this season and the upcoming recruiting classes are among the best in program history. We are excited about the future and partnering with Coach Anderson and his staff as we take our program to new heights.”

Arkansas is 142-80 during Anderson's six and a half seasons, including 64-50 in the SEC and have reached the NCAA Tournament twice. Anderson is 342-178 in his career.