Razorbacks moving on after eight seasons under Anderson 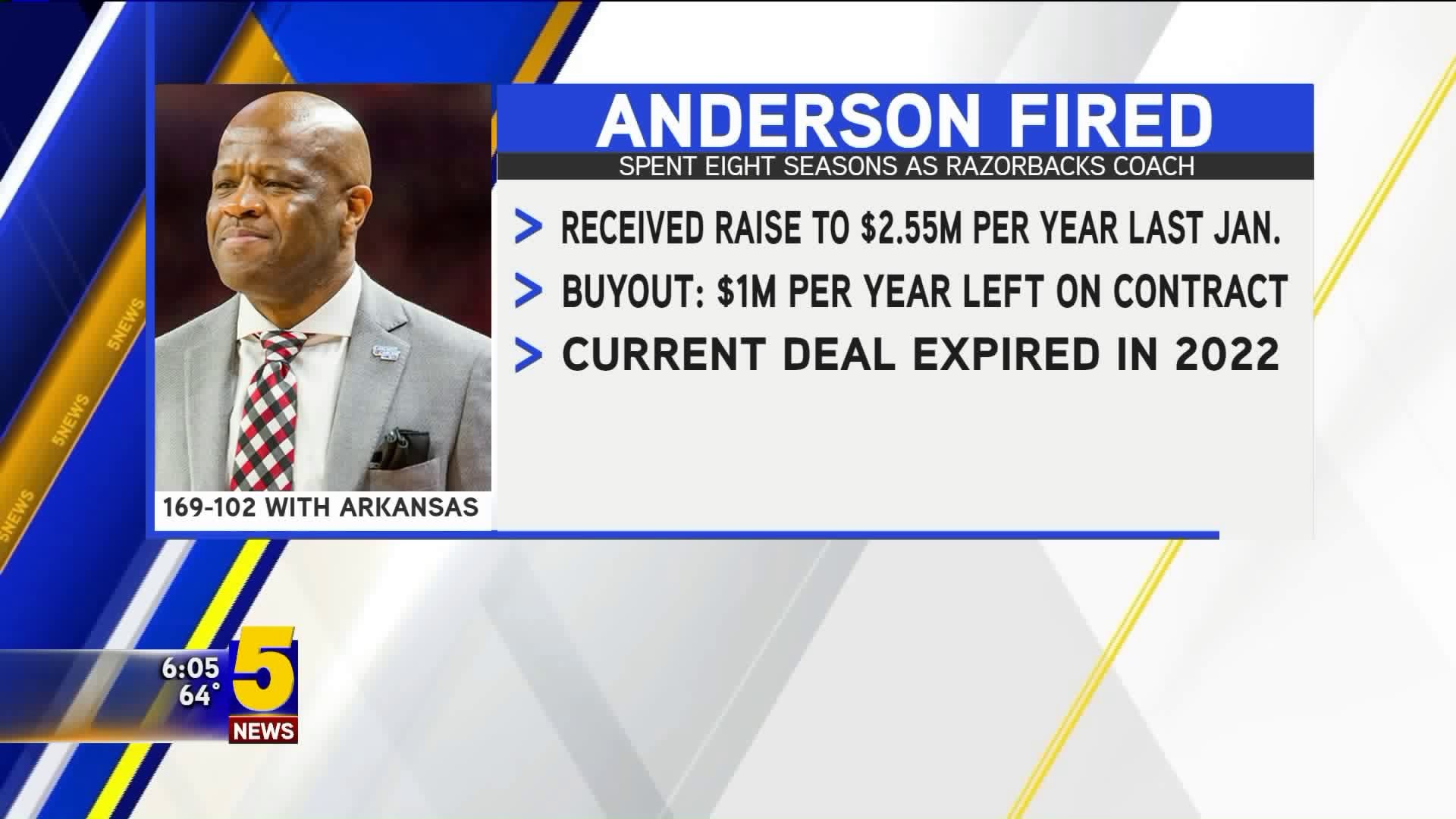 FAYETTEVILLE (KFSM) - Advancing to the NCAA Tournament three times in eight seasons was not enough for Mike Anderson to keep his job as the Arkansas coach as he was fired today.

Anderson spent the past eight seasons leading the Razorbacks but saw the program take a step back in 2018-19 as they finished 18-16  missed the NCAA Tournament despite having a likely NBA first round pick on the roster in Daniel Gafford.

The Razorbacks will have to pay Anderson $1 million for each of the final three seasons that were left on his contract as part of his buyout. Last January, Arkansas gave Anderson a two year extension that pushed his contract through the end of the 2021-22 season.

Arkansas had a record of 169-102 under Anderson while he put together a 78-64 record in the SEC. Anderson never had a losing record at Arkansas (or in his 17 year head coaching career) but that wasn't enough to keep his job.