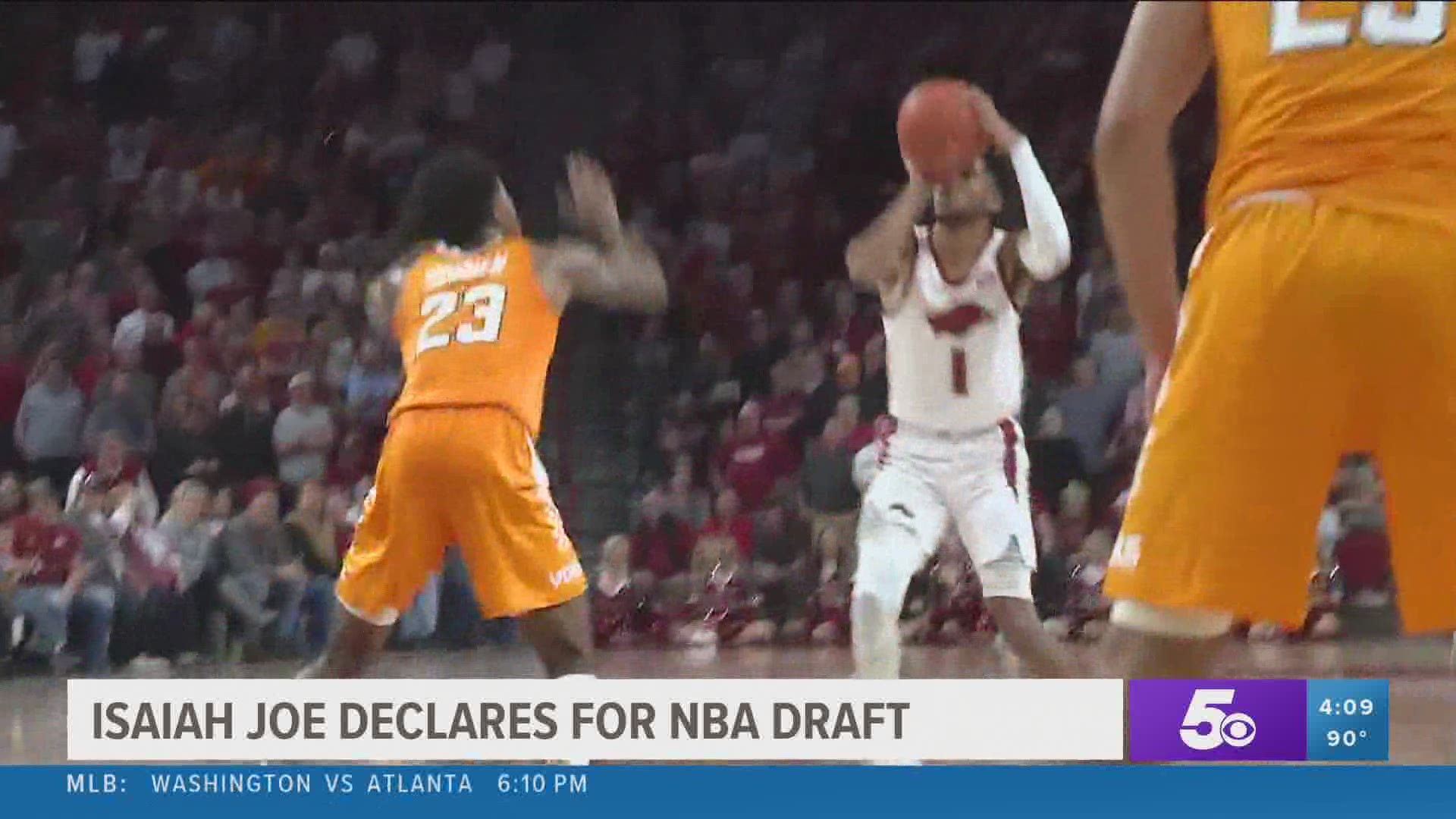 FAYETTEVILLE, Ark. — On August 1st, Isaiah Joe announced that he would return to Arkansas for his junior season. Now, on the deadline to declare for the NBA Draft, Joe has changed course and announced on Twitter that he would not be back at Arkansas.

In his tweet, Joe cited the uncertainty brought about by COVID-19 and the cancellation of many fall sports. He said his announcement on August 1st was sincere, but that a lot has changed in the ensuing weeks.

Eric Musselman released a statement saying “We will always support our players when they decide to chase their NBA dream. We will continue to help Isaiah in any way we can and wish him nothing but the best. Zai has cemented his legacy at Arkansas and will forever be a Razorback.”