Sutton won more than 800 career games, including 260 at Arkansas. 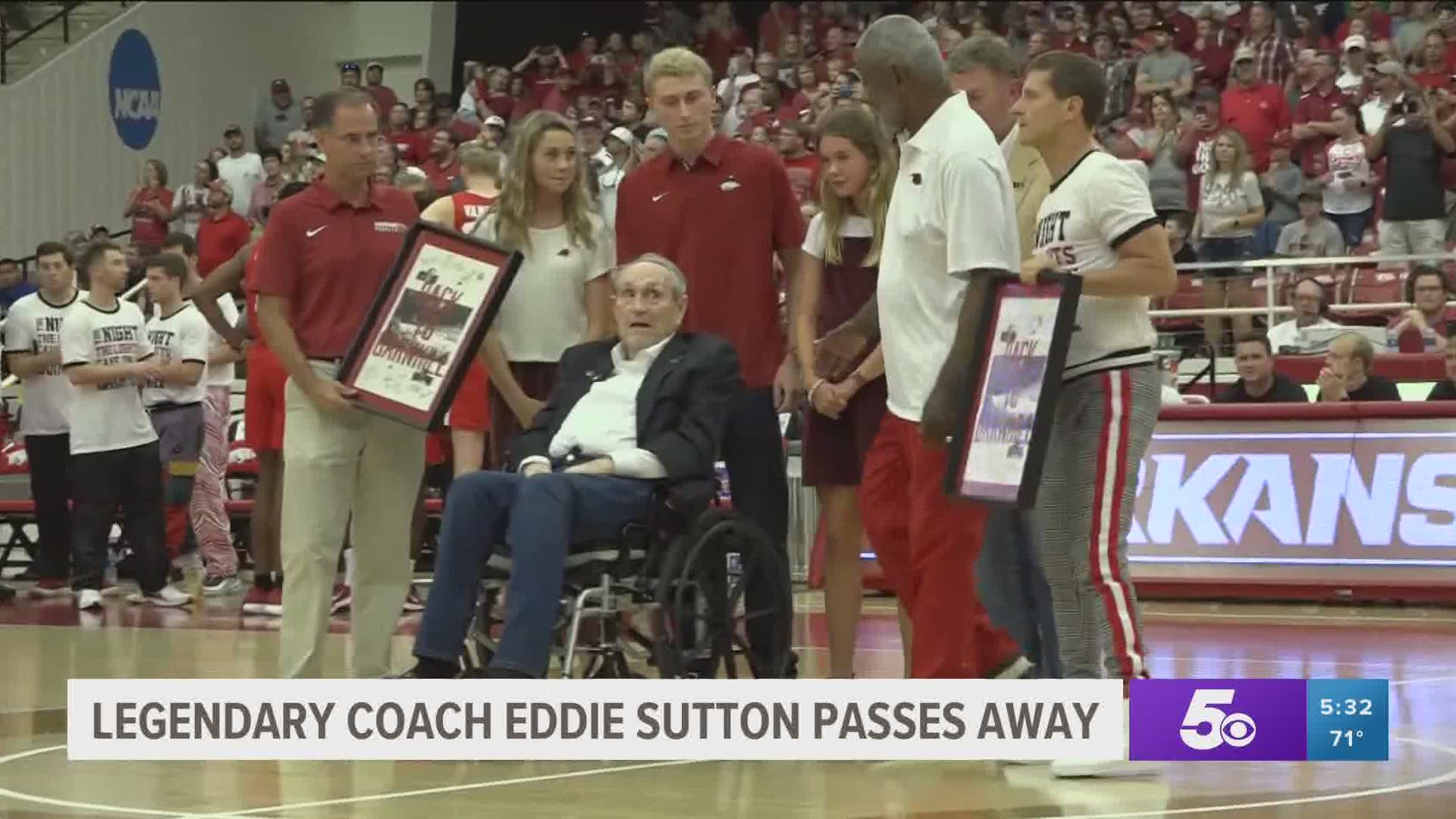 Sutton led the Razorbacks to a record of 260-75 in 11 seasons with Arkansas, including five seasons with at least 25 wins, nine straight NCAA tournament appearances and a trip to the 1978 Final Four.

Sutton went 804-328 in his career, a winning percentage of 71 percent while leading Creighton, Arkansas, Kentucky, Oklahoma State and San Francisco. He was twice named the Associated Press coach of the year (1978, 1986), four times the Southwest Conference coach of the year and also won the award at least once in the SEC, Big 12 and Big Eight conferences.

RELATED: Eddie Sutton finally gets the call for the Naismith Hall of Fame

“Coach Sutton is an integral part of the history of Razorback Basketball,” Vice Chancellor and Director of Athletics Hunter Yurachek said in a statement posted on the school's website. “Coach Sutton helped transform the way our state thought about college basketball and provided Razorback fans with countless memories. His legacy is not only shaped by his many victories and championships, but also by the immeasurable impact he made in the lives of the young men who called him ‘Coach’. The thoughts and prayers of the entire Razorback nation are with Steve, Scott, Sean and the entire Sutton family.”