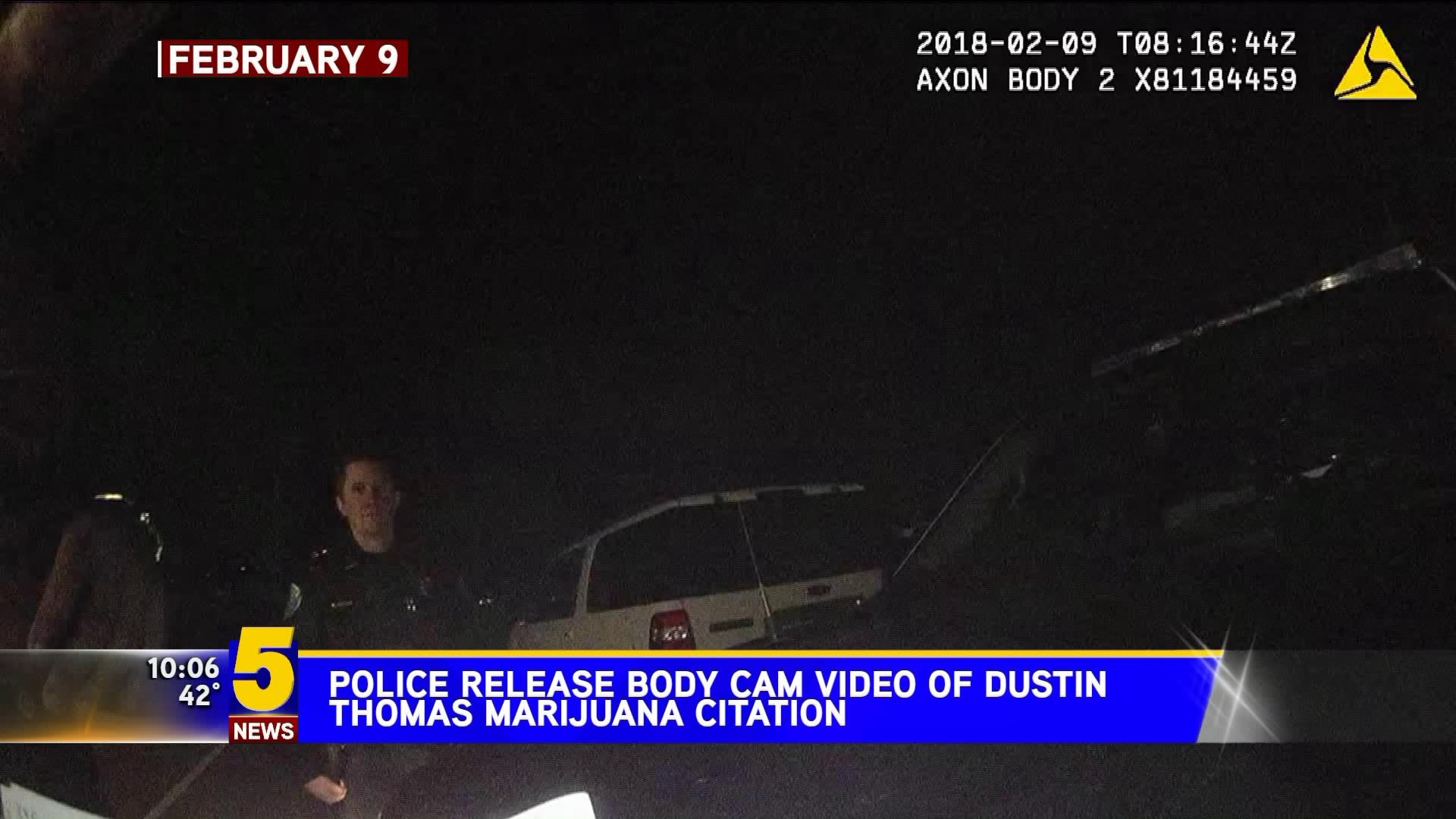 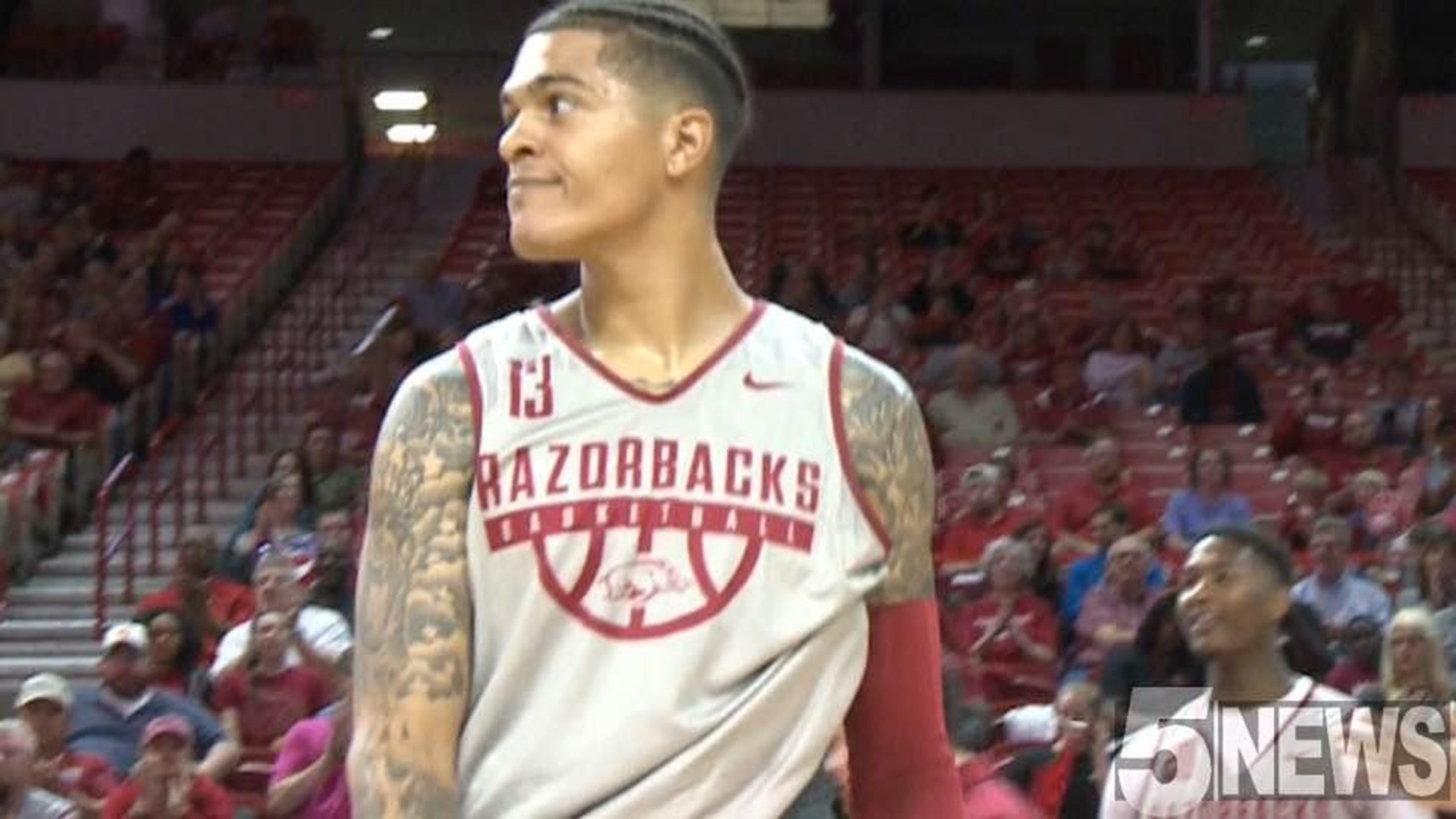 FAYETTEVILLE (KFSM) — Senior forward Dustin Thomas has been kicked off the Razorback Men's Basketball team, according to the University of Arkansas.

"Senior forward Dustin Thomas has been dismissed from the team effective immediately for a violation of team rules. It is a privilege to represent the UA as a student-athlete. We will continue to hold the student-athletes in our program to a high standard on and off the court.”

Fayetteville police cited Thomas on Feb. 9 for drug possession after an officer found Thomas outside his apartment complex with a small amount of unburnt marijuana, according to a field report. Police released dash cam footage of the citation Monday.

Thomas played in every game after his citation, including a Feb. 10 win against Vanderbilt.

Thomas, who received 12 months probation for misdemeanor forgery charges in 2015, was also suspended to start the 2017-18 season for "a violation of team rules."

The announcement comes just days before the Razorbacks' basketball team will be participating in the SEC tournament as the No.6 seed.

Thomas, a senior, started in 17 of the 26 games that he played in this season. He averaged just 5.0 points and 4.1 rebounds per game.