Arkansas takes game one of Regional, 13-8

Hogs come back after early scare from NJIT 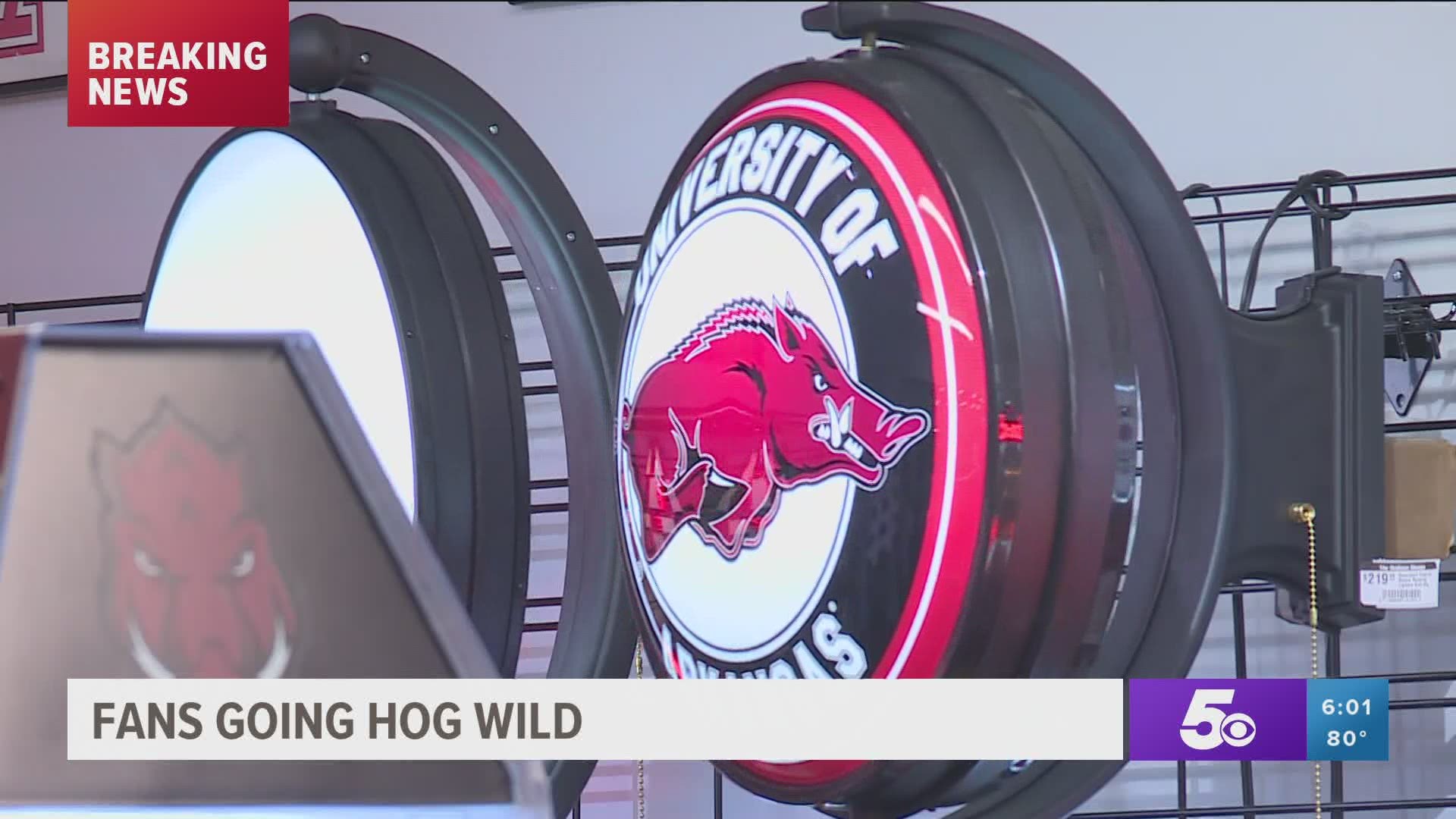 FAYETTEVILLE, Ark. — Well, that certainly wasn't how most imagined game one of the Fayetteville Regional going, but the result is a win for Arkansas and advancing in the winner's bracket, which is key. How they got there was, perhaps, less than ideal.

Caleb Bolden got the start, and NJIT welcomed him with a solo homer to lead off the game. Bolden lasted just one out in to the second, when he was replaced by Connor Noland. A rare error from Jalen Battles gave NJIT another run, and Ryan Costieu walked in a run in the third to make it 3-0 Highlanders.

In the fourth inning, NJIT got two aboard with two outs, and in came the best pitcher in the country, Kevin Kopps. Then came Christian Franklin. Kopps gave up a deep fly ball to center, but Franklin saved the day with a diving catch.

Franklin kept it going, homering to tie the game in the bottom of the fourth. Wallace and Smith also homered in the inning as the Hogs piled up 7 runs and a 9-3 lead.

Arkansas couldn't coast from their. Kopps was his normal shut down self for two more innings, but the rest of the Arkansas bullpen struggled to find the zone. All things told, the Razorbacks used seven pitchers in their Regional opening win.

The most important thing is staying in the winner's bracket, and the Hogs did accomplish that. Now, NJIT is one loss from elimination, while Arkansas is one win away from a Regional final.