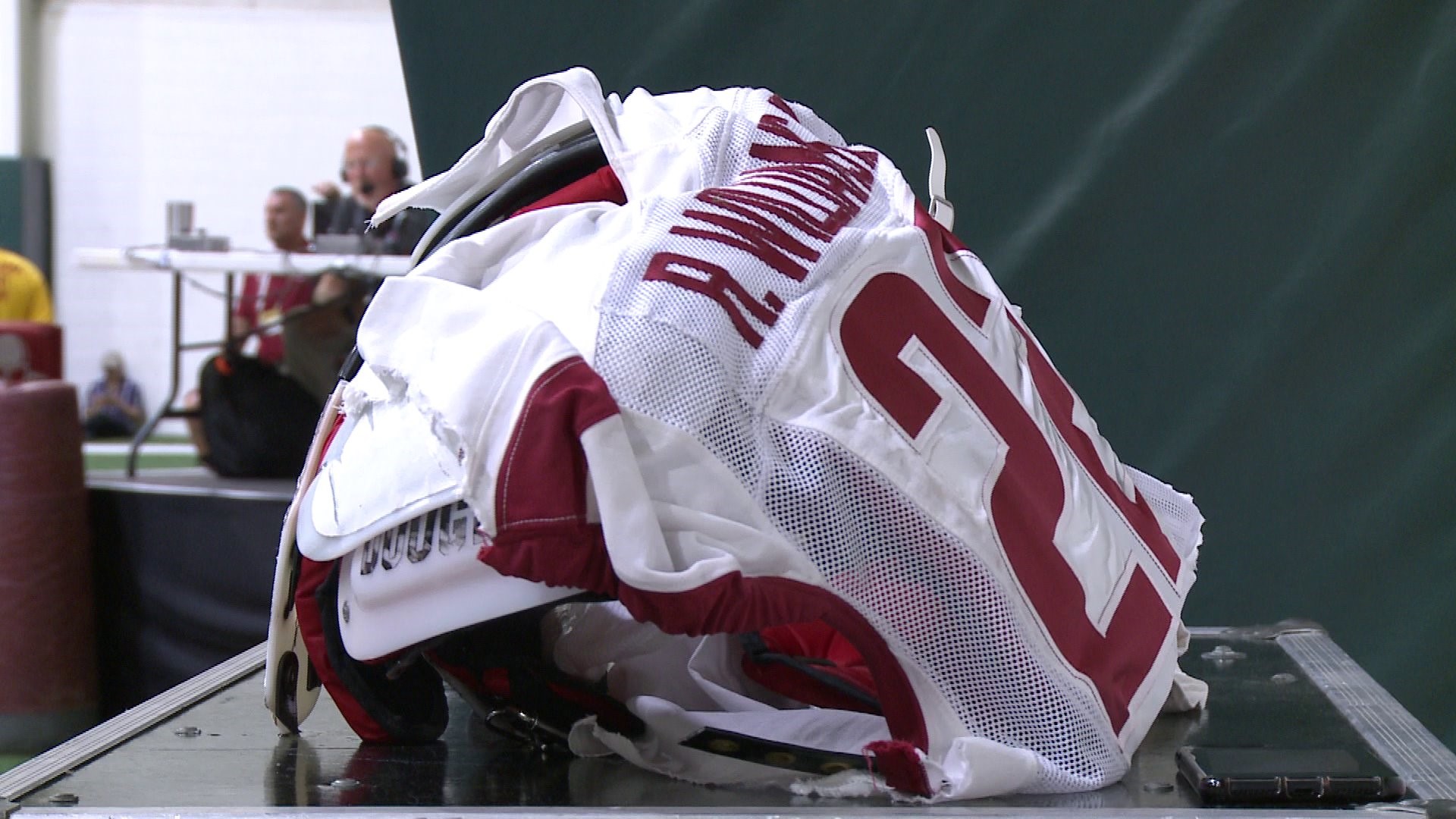 FAYETTEVILLE (KFSM) - Arkansas' star running back Rawleigh Williams was carted off the field Saturday during the final spring practice.

Williams appeared to jam his neck during an 'inside' drill early in the Razorbacks' practice and immediately went to the ground. Team doctors rushed to the running back and immobilized his neck and put Williams on a stretcher.

Once Williams was taken to the hospital, it was announced that he suffered a stinger and appeared to have no connection with his prior neck injury. Williams suffered a broken neck against Auburn in 2015 and later had surgery.

"It's obviously a huge scare out there," Arkansas coach Bret Bielema said. "With his history and everything that goes into it, it seems to be unrelated. I don't want to speak out of turn so we'll wait until we get confirmation but everything has been very, very positive so far I've been informed of. Before he left the field he had full movement of everything out there so just a blessing to hopefully keep him moving in the right direction. As far as the future or anything like that, I don't really have any idea."

The junior running back led the Arkansas last season with 1,360 yards rushing and 12 touchdowns.

"It kind of took the wind out of you," Arkansas quarterback Austin Allen said. "It's just something you never want to happen to anyone but but especially Rawleigh since it's his second time. It's one of those things where he's always in the back of your mind during practice because all our thoughts were on him and hopefully everything turns out alright."