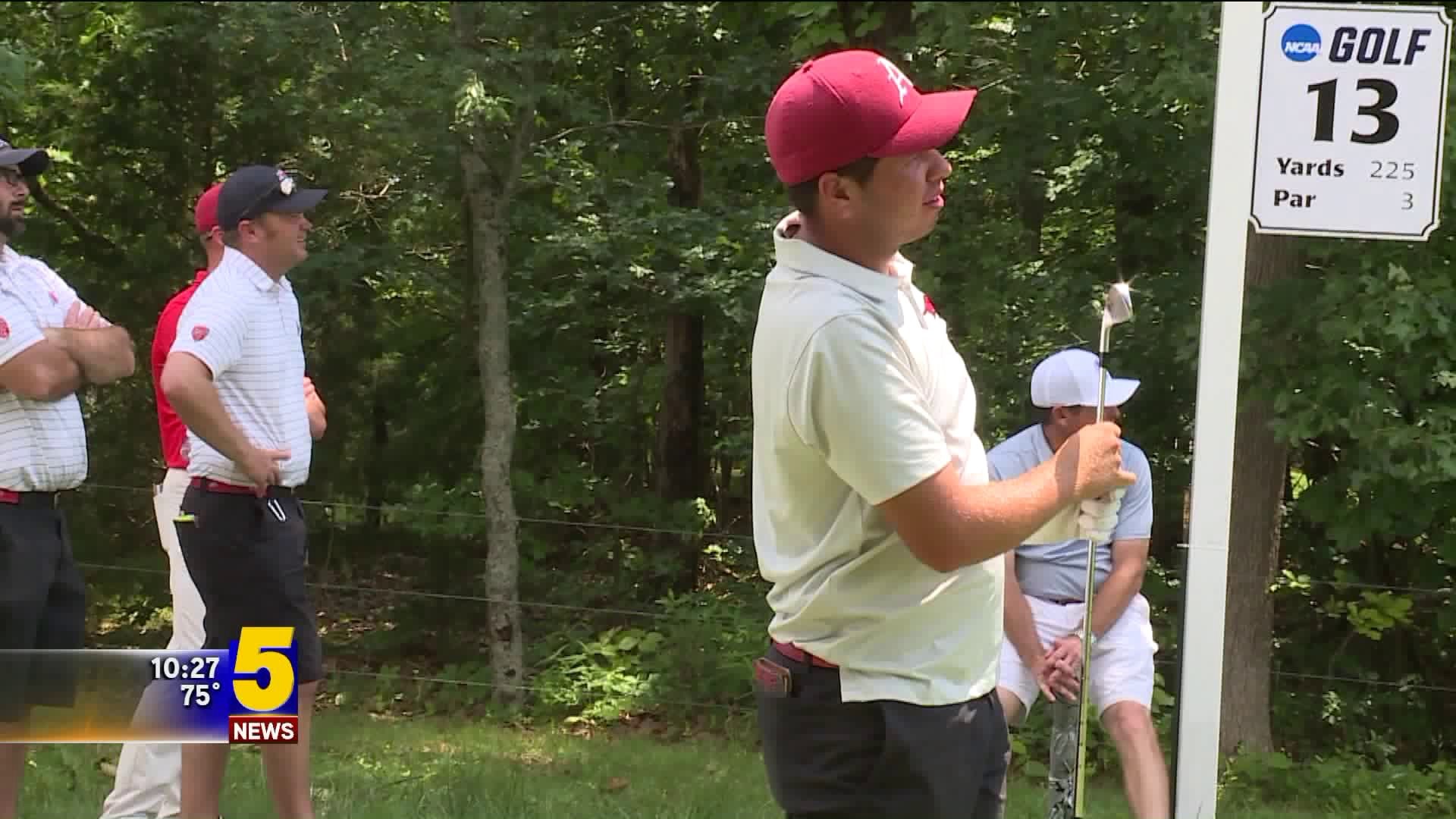 FAYETTEVILLE (KFSM) - He may only be a freshman, but his talent and his dreams are much bigger.

Julian Perico is the lone representative for the Razorbacks in the NCAA golf tournament, but after being named to the SEC All-Freshman team and racking up accolades over the season, he's ready for the challenges this week will bring.

Perico is looking to follow suit after Maria Fassi won a title on the women's side - but being home at Blessings doesn't provide any upper hand if he's not on his A-game.

"The course knowledge and the course advantage comes with good play," he explained. "It's not like you know the course, you're supposed to play well. I think that for me to have the golf course advantage, I have to drive the ball in the fairway, and if I don't do that, I won't have the advantage I think I could have."

With a stacked level of competition, Perico's only plan is to stay focused on himself and how he plays best.

"The thing is - the guys here are so good," he emphasized. "If anyone catches rhythm and they get on a roll, it's just hard to stop some of these guys. It's a free-for-all, to be honest."

The last men's golfer to bring an NCAA Championship to Arkansas was in 1962 - but Perico holds the best scoring average by a Razorback freshman, so he may be the one to break the 57 year drought.

The first round of the NCAA Division I Men's Golf Championship begins Friday. Perico will tee off on hole 1 at 9:02 am. He will start round two on hole 10 Saturday at 2:22 pm.