Patience Pays Off For Goodheart

Arkansas Native Making The Most Of His Chance 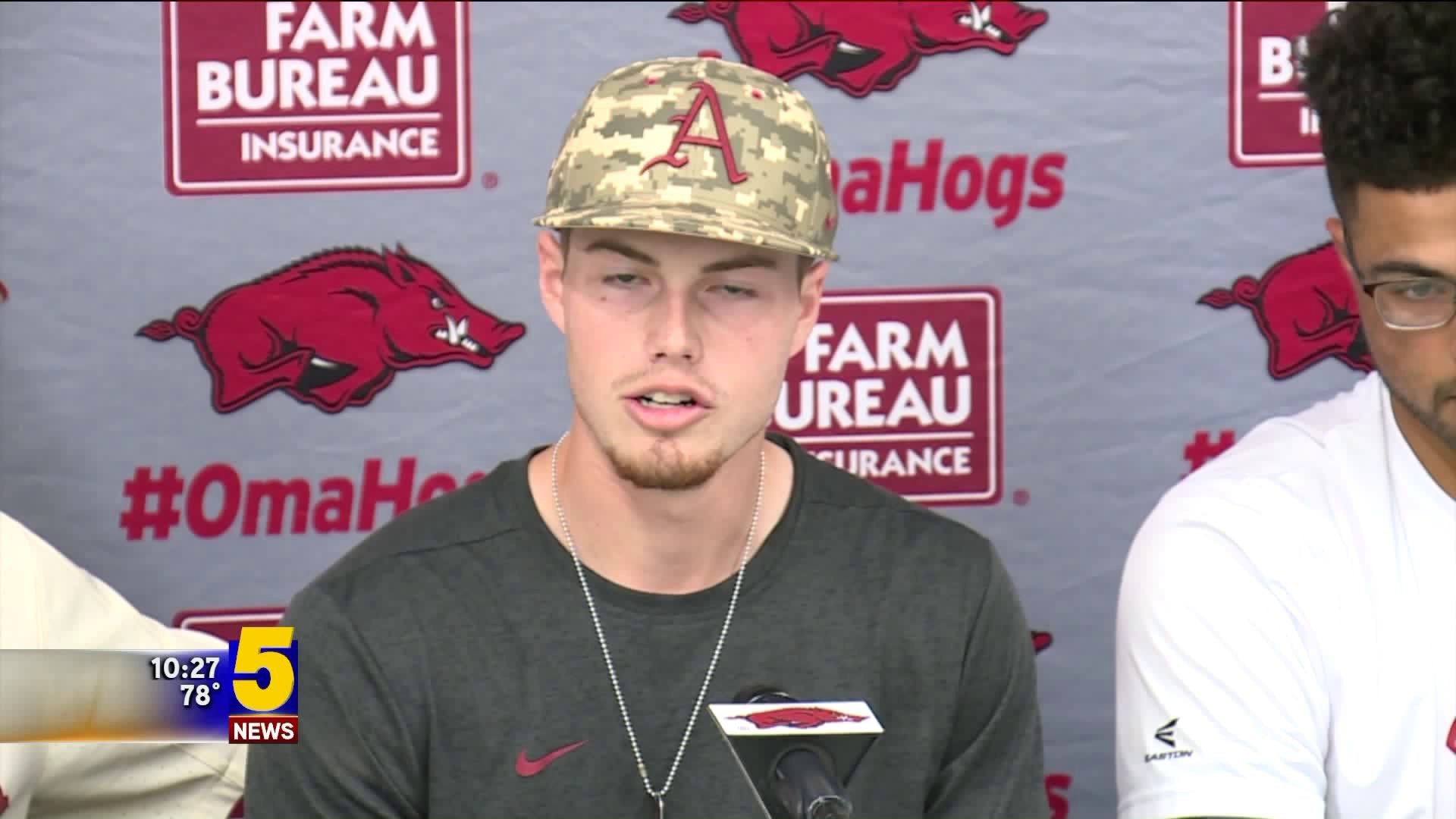 "I knew that was coming."

He knows you want to ask about his contacts. But what did they really change?

"Not as much as people make it out to be. Just the little differences matter, keeping the same approach and going back to taking advantage of mistakes, you know."

Goodheart got new lenses before the Missouri series, and ever since he’s been on a tear. He credits it more to his approach, but his teammates don't care.

"I don’t even know if he’s gotten out in the SEC even more than 2 or 3 times, honestly. Happy he’s on our team, I can tell you that," says Casey Martin.

But Goodheart’s journey to stardom goes back further than some appointment with an eye doctor. The native of Magnolia, AR is known for his patience at the plate, but he also had to be patient to get his chance to play for the Hogs.

"I talked to Steve about his son, he wasn’t sure if he was ready yet for us, and just felt like it might be better to just go to (San Jacinto) for a year and let us watch you."

"I went to a camp up here and talked with him, he said that they wanted me, but a year or two at a junior college could probably befit me, and also allow me more playing time. I may not get all the innings I want my freshman year, but if I go to a junior college I might be able to et quite a few more innings, and decided to go the junior college route and I’m glad I did."

Hog fans are glad too, as Goodheart leads the team in batting average, slugging percentage, and on base percentage. Maybe that’s because, Goodhearted knows that no matter the contact lens, no matter where he’s playing, well,  "hitting is hitting."

And that’s where he and Hog fans see eye to eye.