Hillbillies Pick Up Third Shutout Of The Season 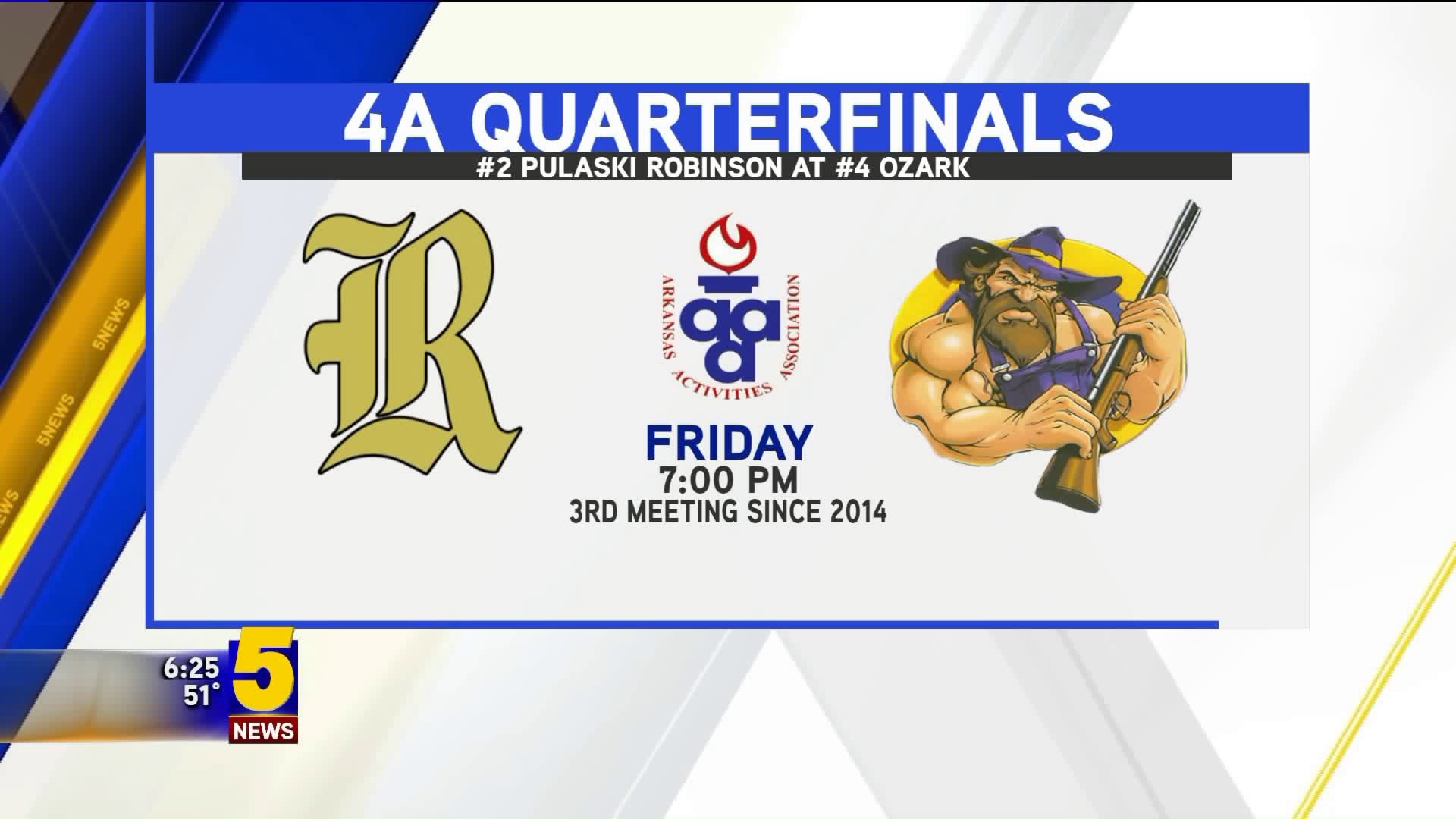 OZARK (KFSM) - It only took four quarters and 42 surrendered points in the first game of the season against Booneville for Ozark to decide something needed to change.

"We realized that game we gotta pick it up. We didn't play as good as we can. We can do so much better than that," said safety Gregg Patton.

"We decided to step up and we looked at each other and we're just like alright we're stepping up and we're doing our jobs," he continued. "We're not gonna screw up. We're not worried about anyone else's job because we trust in each other to do their own job and take care of themselves."

Since then, the Hillbilly defense hasn't allowed more than 20 points in any contest - with three matchups being shutouts including a 34-0 playoff win over Lonoke on Friday.

"It's been a big turnaround from the first three games to these last games. We're playing a lot better," said head coach Jeremie Burns.

"Once we get one stop we just try to keep it rolling and not let the momentum stop," Patton explained. "If there's a turnover that happens, our defense goes out and we're like okay we're getting this momentum back we gotta keep it on our side. We can't let them take over the game."

Paired along with a power-driven offense, an unbreakable defense goes hand in hand in creating a team that can't be stopped.

"Every time we get a forced fumble or interception, we always tell the offense to go down there and score for us and we're gonna do the same thing right around back," said linebacker Colt Millsap.

"Bend but don't break philosophy," added Coach Burns. "They've doing a really good job whenever they get in a bind, they've been able to bail us out or vice versa."

Perhaps the biggest defensive test of the season comes in the quarterfinals as Ozark faces a Robinson offense who averages 39.8 points per game.

"It's three or four plays that make a game. We know if we can stop big plays, then I think we'll be just fine as long as we're getting our offense the ball and letting them work," explained Patton.

The Hillbillies specialty comes from defending the pass, which they've done 43 times this season - including 8 interceptions for 112 yards. It's a defense like that which will be the key to stopping the Senators and continuing the road to War Memorial Stadium.

"We each gotta come out fired up and we can't take anybody for granted. This is some of our last year, so we just gotta go hard and play like it's our last game," Millsap concluded.

Ozark will host Robinson in Friday's quarterfinal game at 7:00pm.