Lincoln players & coaches work out together every morning 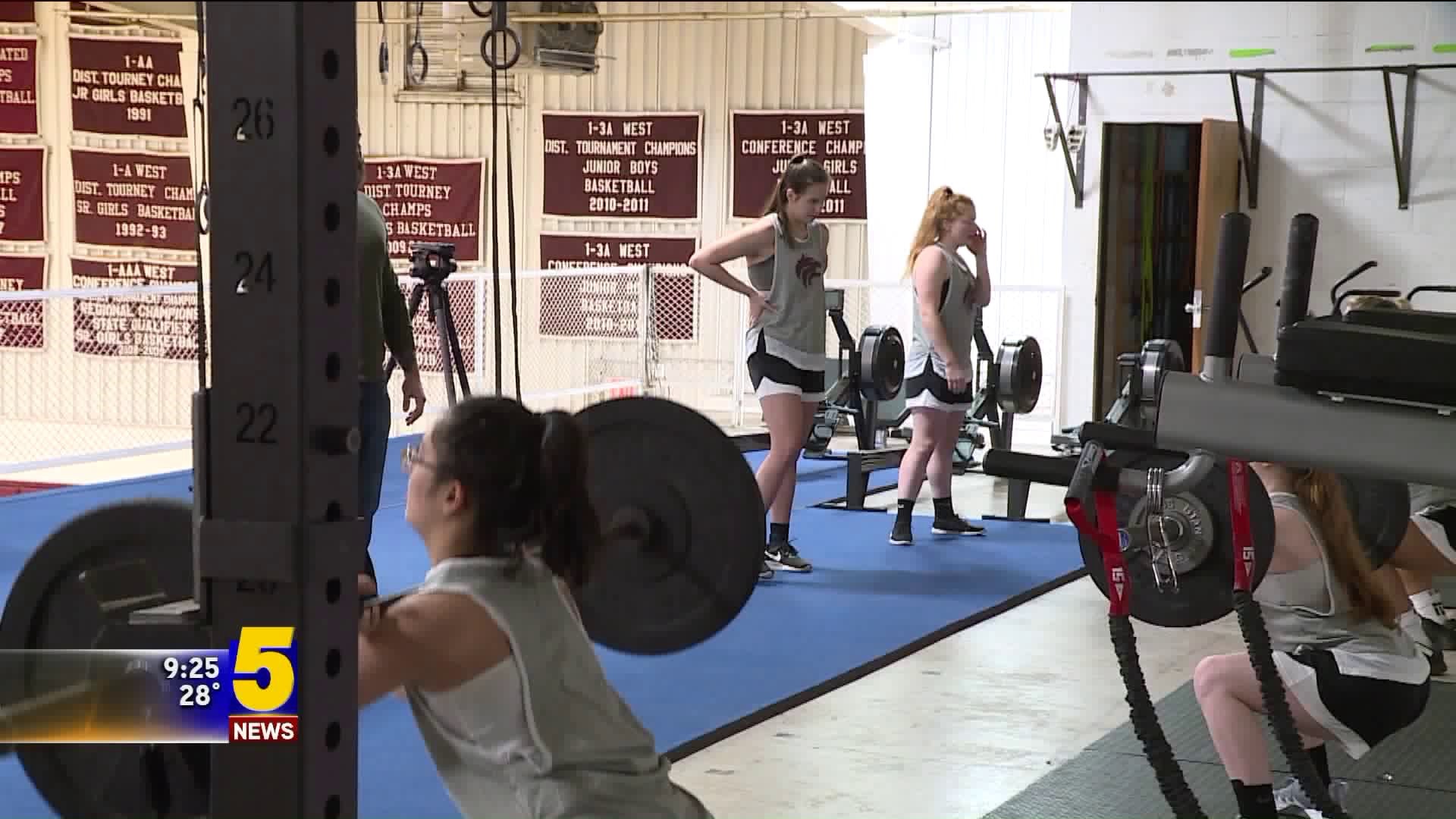 LINCOLN (KFSM)--A former college basketball player and a bearded middle school assistant principal. That plus a shared love of olympic lifting is all it took to turnaround the Lincoln girls basketball program.

"We started doing it over the summer," senior Jessica Goldman said. "I don’t really think we did it a lot during last season. But yeah this is our first time working a lot during season."

"We really got into it once I found out Stan Karber was here, I was like man I’m jumping on this," second year head coach Emilianne Slamons said.

Karber is the middle school's assistant principal, and a big fan of olympic lifting.

"I just send them these different workouts and then you see, they do it with them. So their entire team kind of embodies that hard work mentality."

It's a mentality shared by both players and coaches.

"I mean I’m ten years older than them and I’m doing the workouts with them," coach Slamons added. "So I hope they know that I’m here now and it translates over into a game. They hold me accountable just like I hold them accountable every day."

The turnaround has been evident. In the two seasons before Slamons' arrival, Lincoln was a combined 7-44. After posting a 15-13 record in year one under Slamons', the Lady Wolves are off to a 17-4 start. And it's no secret why.

"I don’t think that there’s a time that anybody outmuscles us," Slamons said.

"From the very beginning just like a bunch of baby deer and then all of the sudden you see how they roll now," smiled Karber.

But in a sport that judges teams by wins and losses, Lincoln has built something greater. A lifelong culture.

"The success they’re having on the basketball court, that’s just their hard work and that’ll carry on. They’ll love doing this long after the basketball is over," Karber said.