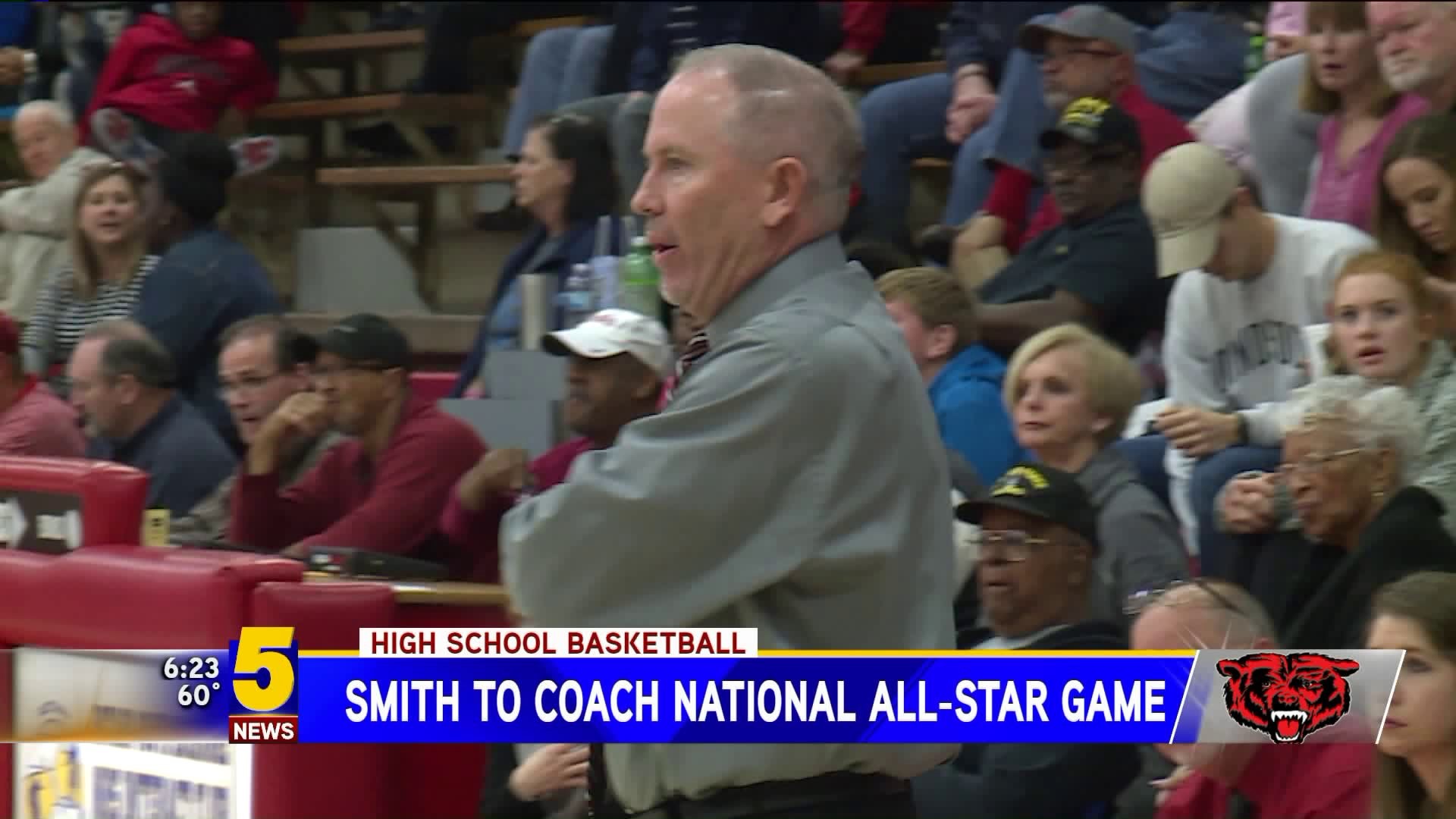 FORT SMITH (KFSM) - It's been a pretty good week for Northside girls basketball coach Rickey Smith and Thursday it was officially announced as getting better.

Last Friday, Smith led the Lady Bears to the 6A state championship, then today he was announced as one of two head coaches for the Jordan Brand national all-star game in Las Vegas. The game will be played April 20 at the T-Mobile Arena, which is the home of the NHL's Golden Knights.

Smith will be the coach of the home team in the game that features 24 of the nation's best players. Every player committed to play in the tournament is signed with a major division I school, including six in the SEC.

After last week's championship, Smith has now won seven state titles in his 25 seasons at Northside while compiling a career record of 630-122 with the Lady Bears, a winning percentage of just less than 85 percent. Smith has also led Northside to 17 conference championships and 11 state finals appearances.