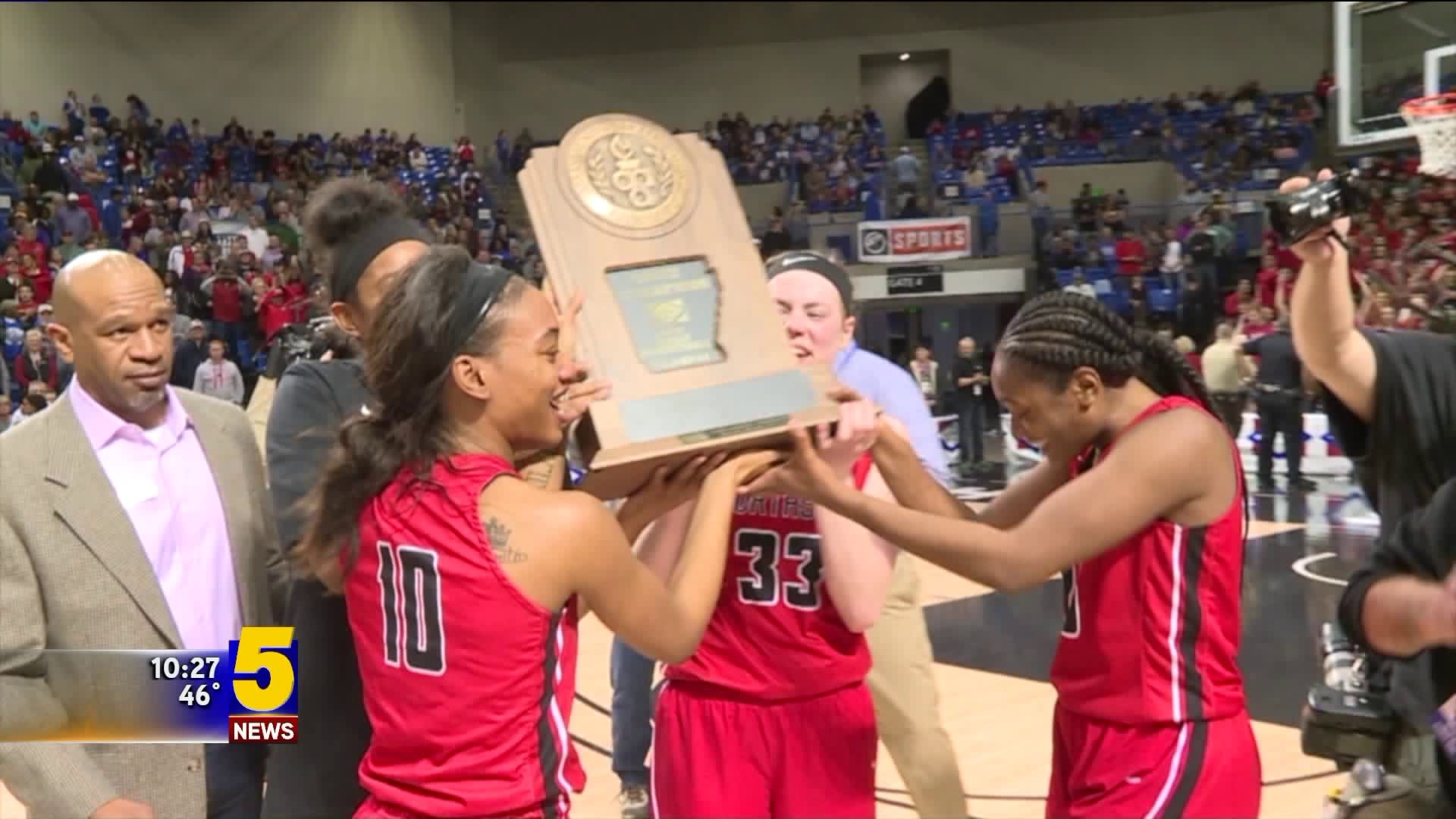 FORT SMITH (KFSM) - When the Northside girls basketball team won the state title, it was the first time for most players on the roster to wear the name of state champion.

That is, except for Tiya Douglas.

"Fayetteville was kind of the start of me playing varsity and everything," Tiya added.

In her sophomore year, Tiya got her first championship ring.

Then, the call came for Tari to head to the University of Tulsa.

"When I had that talk with her, I said you know Tiya, I'm going to put you in a situation that's similar to Fayetteville as far as academics and just the culture," Tari remembered of the move. "I said and you'll have another opportunity to win another state championship."

"Year two at Owasso in Oklahoma," Tiya recalled. "I had really great bonds with the people."

Bonds that led to a second championship ring. Just when Tari and Tiya thought they had settled down, things changed once again. UAFS offered Tari a position she couldn't turn down.

"I said we're gonna move home," Tari smiled. "Northside is a really good school academically, and you're going to have another chance to compete for a state championship in your senior year."

<"Here [Northside] - it was awesome," Tiya beamed. "It was a great feeling to be around so many people that are talented and could play."

Senior year, well, you can see the trend here.

"To have three state championships, three different schools, two different states. Not many can say that," Tari exclaimed. "To have an intricate part in most of them, in all of them."

For most, three schools in three years wouldn't add up to three state titles. But Tiya isn't just anyone.

"I feel like I stayed pretty consistent through every move that I had," Tiya said. "I feel like I contribute in any way possible that I could with every team that I've been on."

"The transition was seamless for her," Tari added. " To see her growth in it and be excited for her and how she's handled it. It makes us very proud."

And just maybe - she's the lucky charm that leads to the hardware.

"Some people say that I'm like basically the missing piece for every team that I've been on, so I guess I'm rolling with that," Tiya concluded.