Brewer Showing That Basketball Is More About Heart Than Height

FORT SMITH (KFSM)- Nowadays it seems that height rules basketball. Basketball players 6-feet tall or under are becoming rare starters, even on a high school lev... 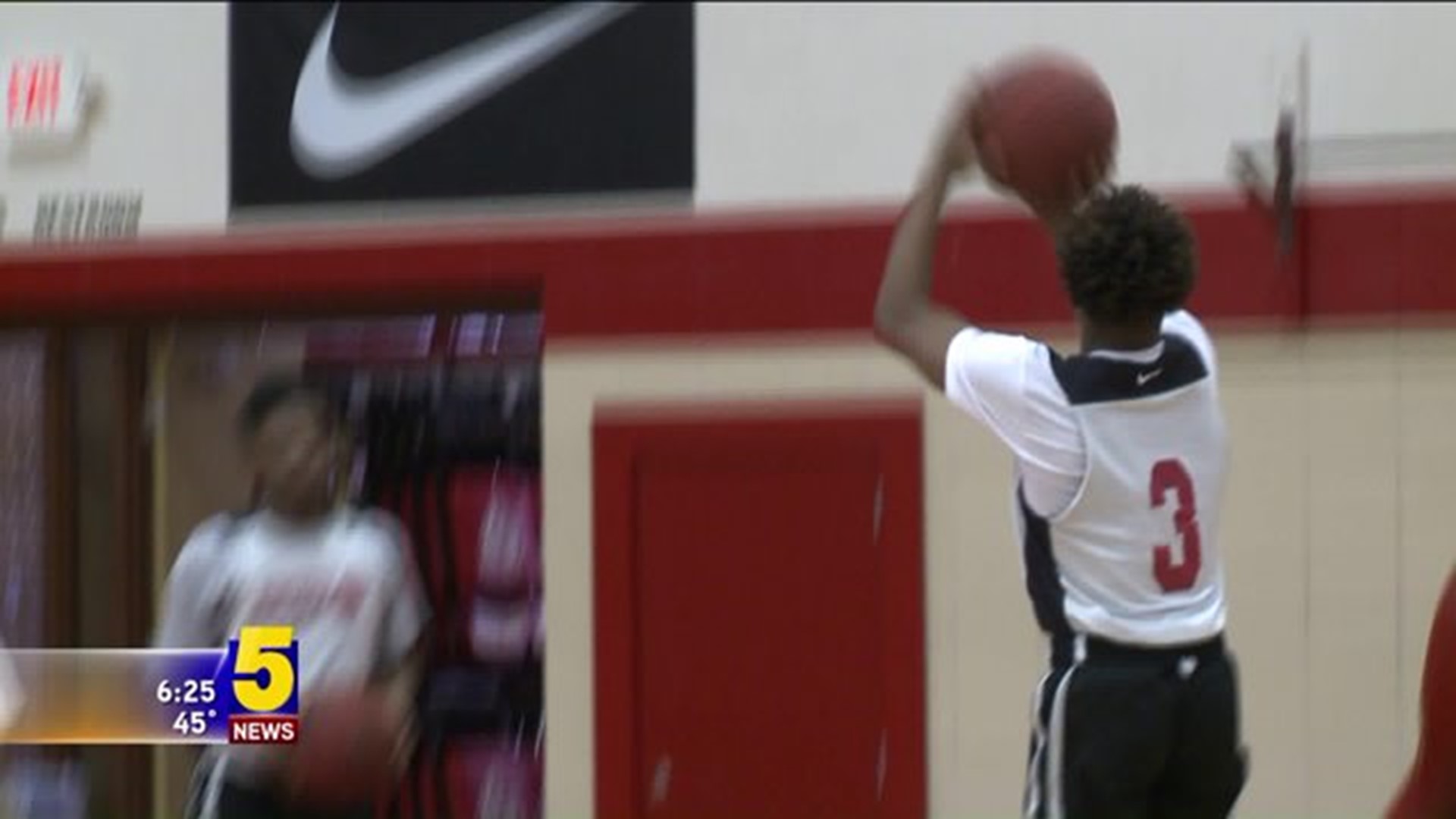 FORT SMITH (KFSM)- Nowadays it seems that height rules basketball. Basketball players 6-feet tall or under are becoming rare starters, even on a high school level. Northside's junior point guard Tevin Brewer is one of those rarities. At 5-foot-7, Brewer rules the court and has made his name well-known as being an unstoppable threat on the floor.

Northside boy's basketball head coach Eric Burnett knows talent when he sees it. When Brewer was in ninth grade he would practice with the varsity team during the offseason and that's when Burnett noticed Brewer could play at the varsity level.

"I was a little worried because he was a little short," said Burnett. "After working out with us it just seemed like he could handle this high school basketball, and at the end of his ninth grade year I actually moved him up as a ninth grader."

Since, then Tevin Brewer has not let Burnett or his teammates down. Giving them enough confidence on the court to accomplish what they need to.

"Those guys know they don't have to handle the basketball," said Northside head coach Eric Burnett on what Brewer does for the team. "Basically the thing they have to do is get their feet set and be ready to shoot the basketball, because Tevin handles the ball 95 percent of the time. All they have to do is catch and shoot l. They are real relaxed when Tevin is on the floor especially at the end of a game."

The usual leading scorer for the Grizzlies doesn't let his lack of height affect his game.

"To me, what I think it's the player's heart that will get you out there for a performance," said Tevin Brewer about if he sees height as an importance in basketball. "To me, I think I have a lot of swagger and confidence and that just boost me on the court. I'm not worried about the height. Just got to have a lot of heart."

Tuesday in a close win against Har-Ber Brewer scored a game-high 21 points, five rebounds, and four assists. Northisde is now in a three-way tie for the number-three spot in the highly competitive 7A-West. And the Grizzlies are heavily relying on Brewer to lead them to another win to make it to the 7A-Tournament in Cabot.