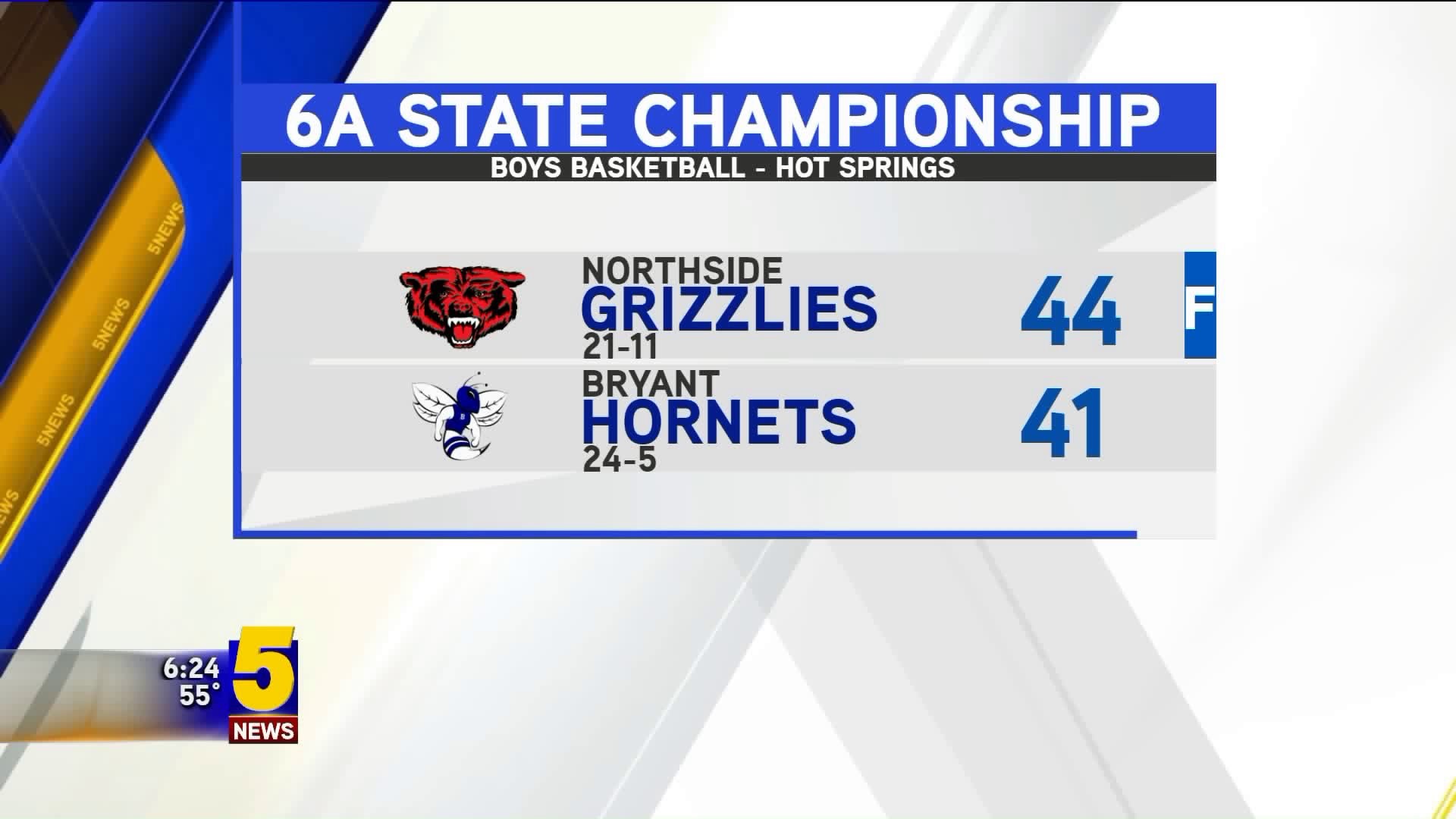 HOT SPRINGS (KFSM)--Riding the momentum of the buzzer beater that sent the Lady Bears to a state championship, the Northside boys followed suit shortly after.

Northside handled Bryant 44-41 to claim its second state championship in the past three seasons. Junior Jaylin Williams claimed MVP honors after a dominant effort of 20 points and 16 rebounds along with 3 blocks. But it was Javion Releford that hit the game winning three pointer with 1:17 to play.

The win marks Northside's 11th boys basketball state championship. It's the 2nd time that the Grizzlies and Lady Bears have won championships in the same season (2007). 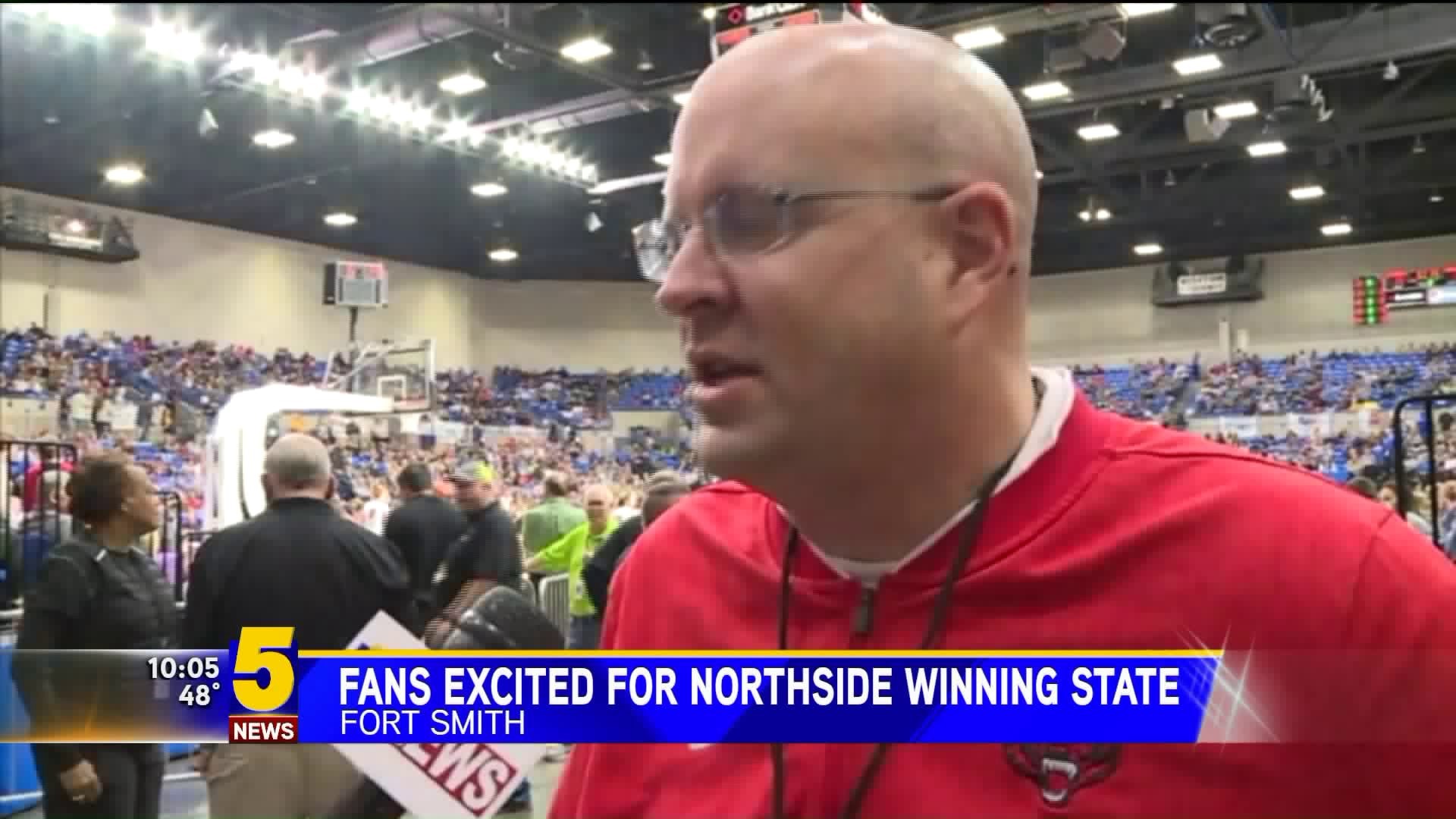 Looking for their first state title, the Hornets did tie the game 39-39 late in the fourth quarter, but it wasn't enough. Khalen Robinson and Camren Hunter led Bryant with 11 points each.

Eric Burnett's Grizzlies jumped out to a 9-0 lead and controlled the first half. After Bryant tied the game 13-13, Northside closed the second quarter on a 12-1 run that included a buzzer beating half court three by Jermualle Norwood.

The Grizzlies cap off a championship season 21-11, while Bryant's great run ends in the finals after a 24-5 year.