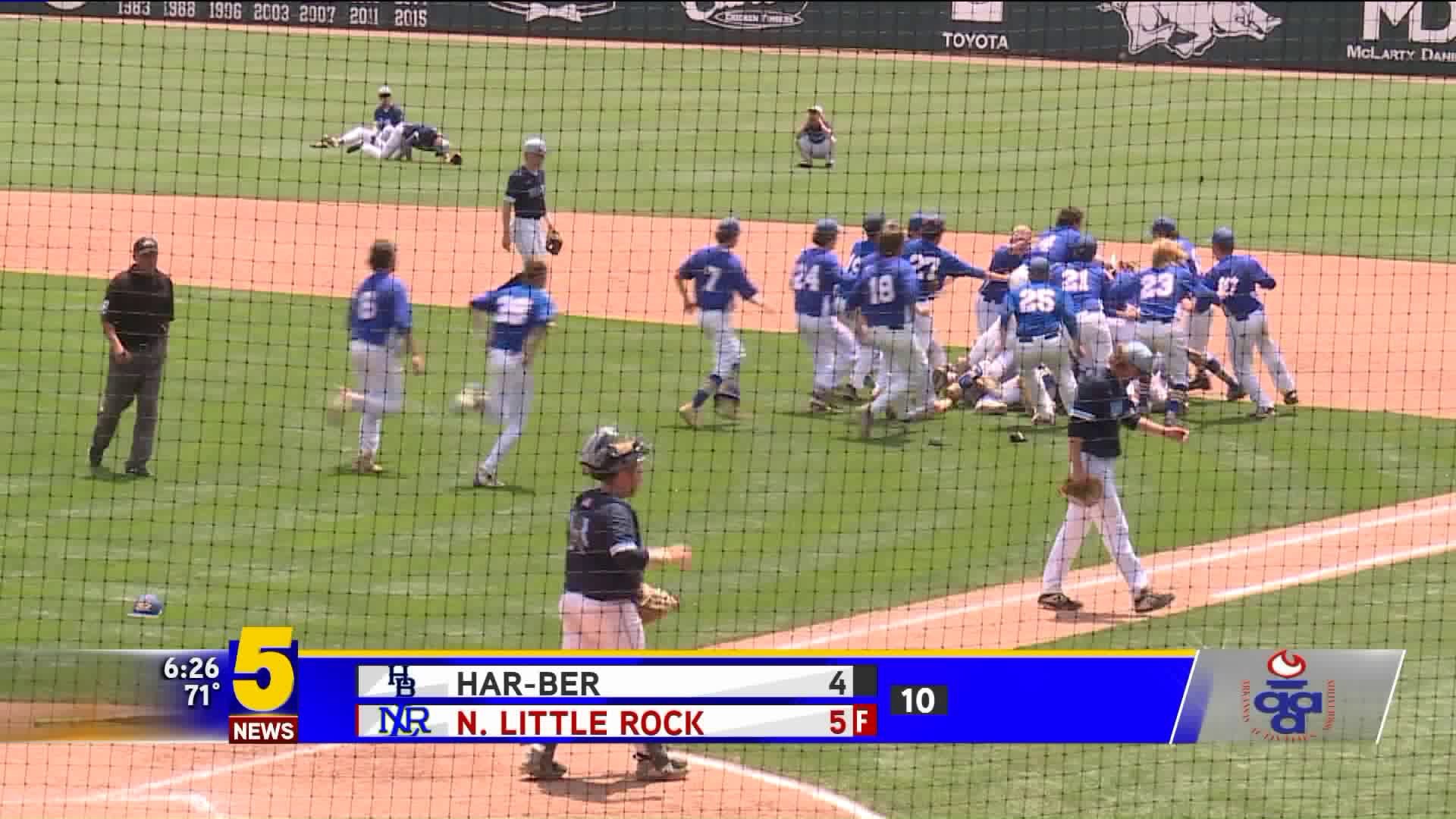 FAYETTEVILLE (KFSM) - It took ten innings to crown a 6A state baseball champion.

In a teeter-totter game that was knotted up three separate times, Deshaun Cordova singled to shallow right-center in the bottom of the 10th inning to seal a walk-off 5-4 win over defending champs Har-Ber. Cordova was later named MVP of the game.

The first three innings of the match went scoreless. John Maloch would be responsible for the first run of the game when he hit a fly ball to center that gave NLR a 1-0 lead.

Blake Adams would respond in the top of the sixth with a home run to the left-field bullpen that knotted up the game, and it was a blood battle from there.

In the top of the seventh, Hunter Wood singled to left field which gave Har-Ber the go ahead run. The Wildcats had a chance to win the game with two outs in the bottom of the seventh and the 2-1 lead, but Luke Rice would single to left under pressure to tie the game once again.

In extra innings, the eighth came and went quietly. It was in the top of the ninth where a wild pitch scored two Har-Ber runs, giving the Wildcats a 4-2 lead and in good position.

However, North Little Rock thrived under the pressure in the bottom of the ninth and pinned on two more runs to tie the game a third time.

After Har-Ber couldn't make any noise in the top of the tenth, they saw their season come to an end.

Blake Adams lasted for 6.2 innings on the mound and racked up six strikeouts. The senior had just on earned run off of five hits. He will continue his career with the Arkansas Razorbacks next season.