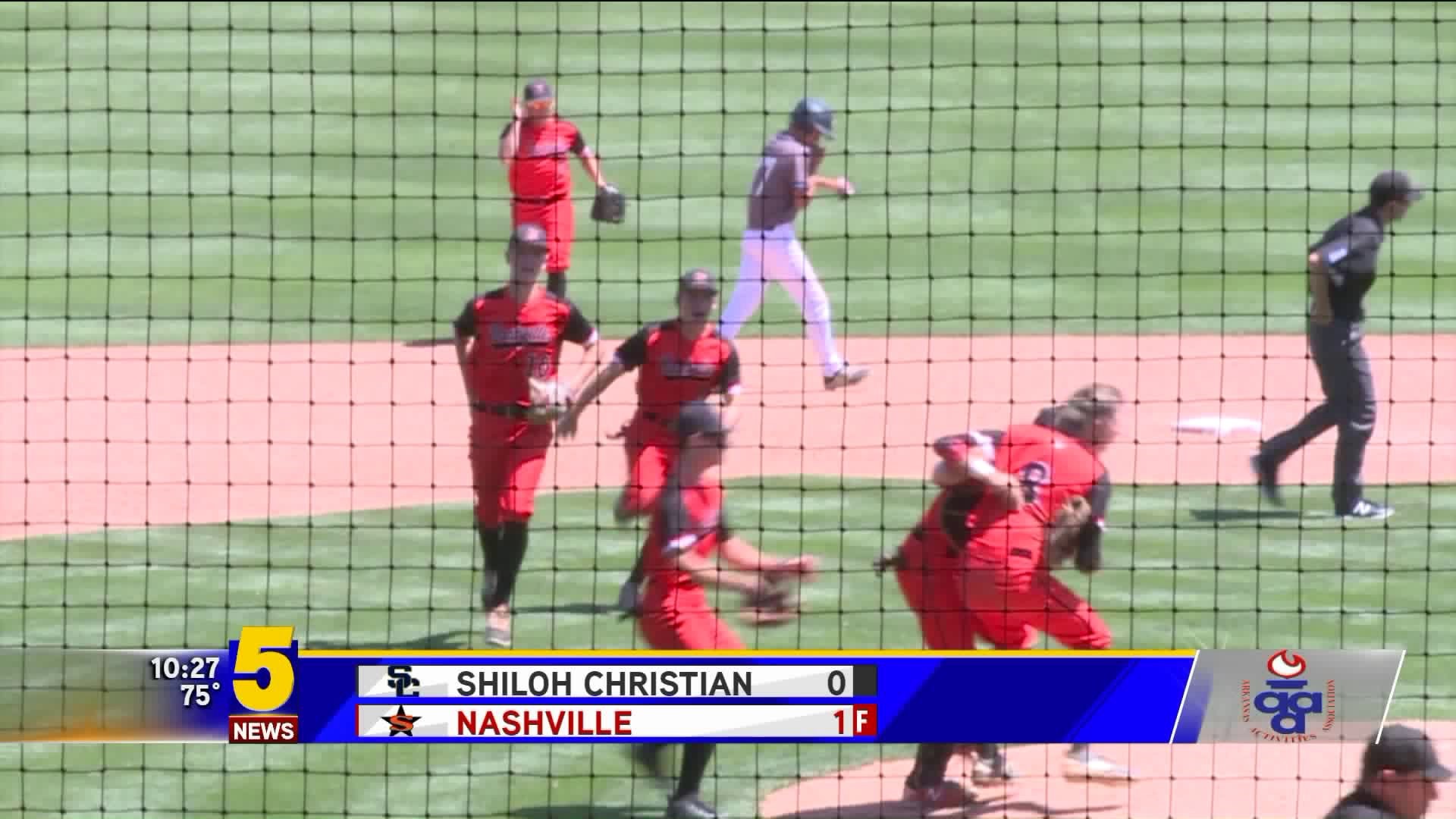 FAYETTEVILLE (KFSM) - Make it three in a row for Nashville.

In the 1-0 defensive battle, the Scrapper only needed one run to beat Shiloh Christian for the third consecutive year in Baum-Walker Stadium.

The first four innings proved to be a pitcher's dual where Shiloh's Walker Williams and Nashville's Tristen Jamison traded scoreless outings on the bump.

Nashville ended the scoring drought in the bottom of the fifth inning where Jaydon Hostetler launched a solo homerun into the the left-field bullpen. The single shot gave the Scrappers a 1-0 lead to jumpstart some confidence.

Shiloh Christian would battle to respond in the final two innings - but never got a chance to cross home plate.

Walker Williams had an impressive six innings on the mound for the Saints. In his 111 pitches, the junior racked up 12 strikeouts.

The game also marks the final for Shiloh head coach Moe Henry. He will be headed to Van Buren as the new defensive coordinator.