Move To Tight End Pays Off For AJ Derby

Derby was originally a walk-on and just received a full scholarship. Coaches say he might see playing time this fall. 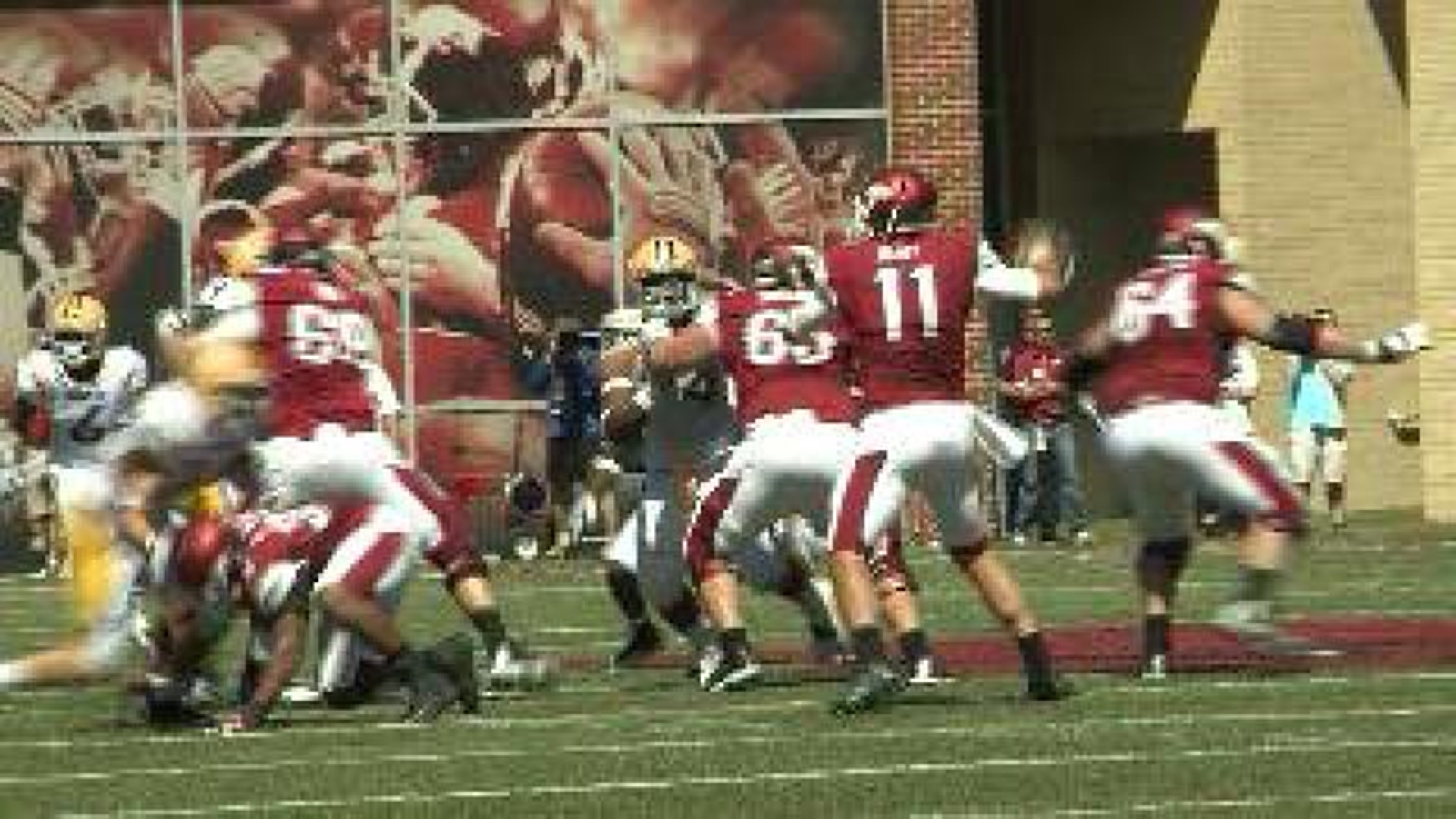 FAYETTEVILLE (KFSM)-Good things happen to good people and Arkansas walk-on AJ Derby is proof. This off season, Derby had to give up his spot as a quarterback and move to tight end. He didn't want to, but did it to help the team. Now, it's paying off. Derby received a full-ride scholarship on Monday.

Derby made the move to tight end in the spring and coaches say he's making a lot of progress and might see playing time this fall. Derby was originally slated to back up Brandon Allen at quarterback, but the Hogs had depth issues at tight end. Now he's going to catch passes from Allen.

The transition should also help Brandon Allen, since Derby knows the playbook.

“When he runs his routes he still thinks like a quarterback, which is good for me,” Allen said. “Any time you have a guy out there running his route seeing exactly what he's seeing, he's going to do the exact thing you need for him to get open. That's a big confidence booster for a quarterback.”

Derby saw action in seven games as a quarterback last year and will compete for time with sophomore Hunter Henry, who was a Freshman All-American last year. Henry caught 28 passes for 409 yards in 2013. Sophomore Jeremy Sprinkle is also in the mix after catching four passes for 68 yards last season.