Mansfield Stuns With Hot Start To The Season 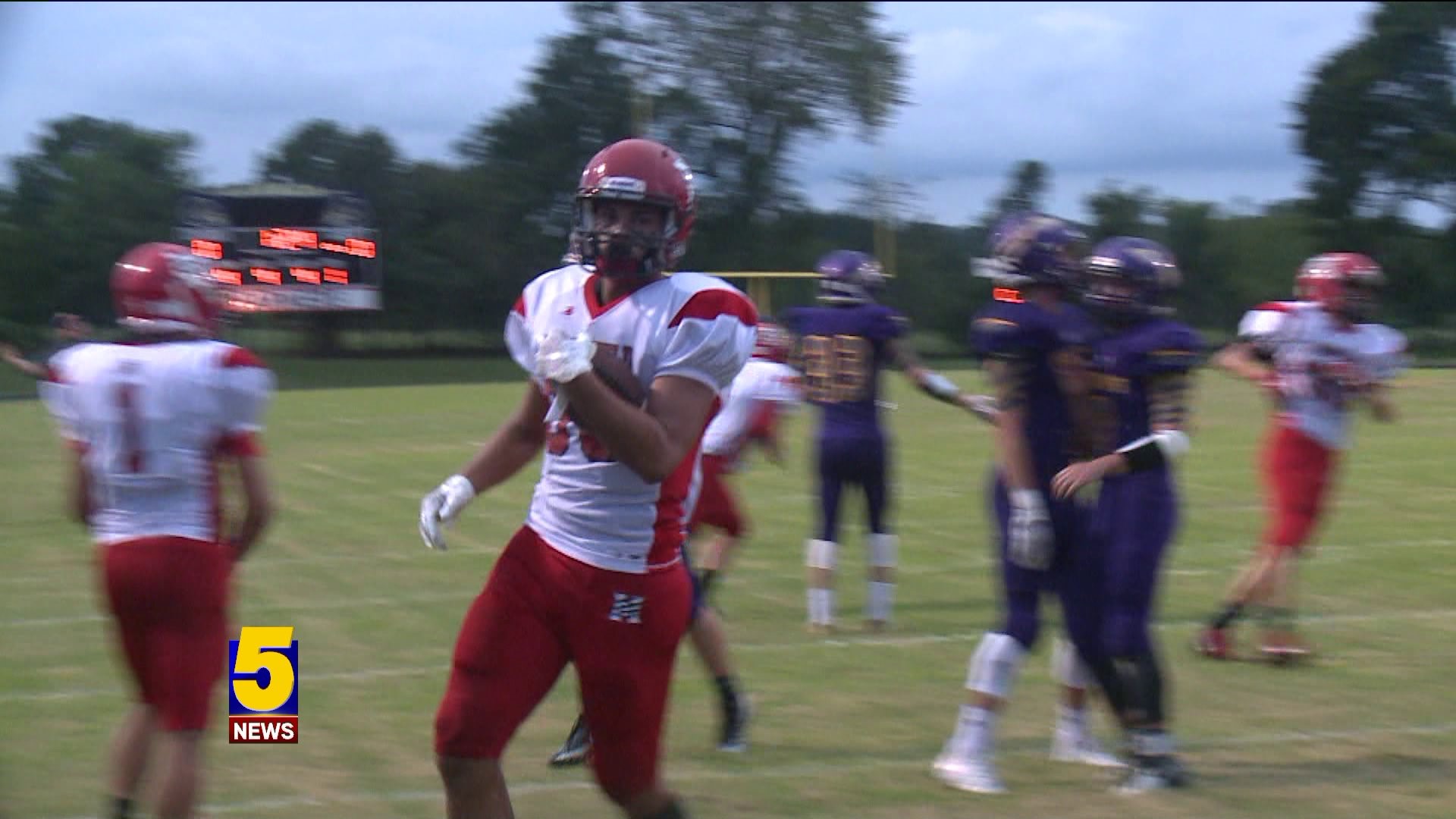 MANSFIELD (KFSM) - Seeing the Mansfield Tigers start their season 3-0 may be surprising.

That is - to everyone except the team. After going 2-8 the past two years, the Tigers returned nine starters on both sides of the ball and have come into the season full force.

"Everyone was expecting it. All off-season and pre-season we've been putting in the work. Doing extra," explained senior tight end Colton Stipins. "Everyone's just doing what it takes to get better. Cause everyone's tired of being below average. We're going to the playoffs this year."

It's been 10 years since the town of Mansfield has seen their football team start out like this. In just his third year heading the program, Coach Craig Bentley has turned around a team that hasn't been to the playoffs since 2011.

"The kids walk around with their chest puffed out a little bit more and that's good for them," Coach said. "They deserve that. It's something that we've worked really hard on. Cause it hasn't always been easy here in the last ten years or so. So to do something we haven't done in a long time is a testament to the hard work our coaching staff and kids have put in."

A big part of the success comes from Colton Stipins - who made the uncommon switch from left tackle to tight end and is showing he can shine no matter where he is on the field.

"It's so much fun cause you still get to be a big boy and block and open up gaps for your running back or quarterback, but also you get some fame," Stipins laughed. "You catch some balls. It's exciting."

"He was a guy that we looked at that was a big, big target, very athletic, got great hands," Coach Bentley said of the switch. "We knew we had a little bit more depth coming up on the offensive line and that we would be able to move him over and add a little bit more diversity to our offense."

Add that with quarterback Ethan Stovall who's accounted for 12 touchdowns in just three games - all while coming off of an MCL tear a year ago.

"I was like I'm going to focus my whole year on getting better and getting ready for the next season," Stovall remembered of his injury. "Just work and work and work and that's pretty much all you can do when you have an injury like that is just get better and hope to improve."

"He's our playmaker and makes our offense go. He was a guy that wasn't going to let an injury set him back," Coach Bentley added. "As soon as he got fully cleared, he was calling me and saying hey coach let's set up times to come in in the early mornings."

Put a powerhouse offense with a defense who's already created seven turnovers - and you've got yourself team who can finally prove their hard work in the win column.

Mansfield's next test will come after a bye week - facing off against West Fork on September 21st.