Emilio Marrufo-Gonzalez, a foreign exchange student at Lincoln High School, has thrived on the football field this season. Emilio has connected on 57-of-59 extr... 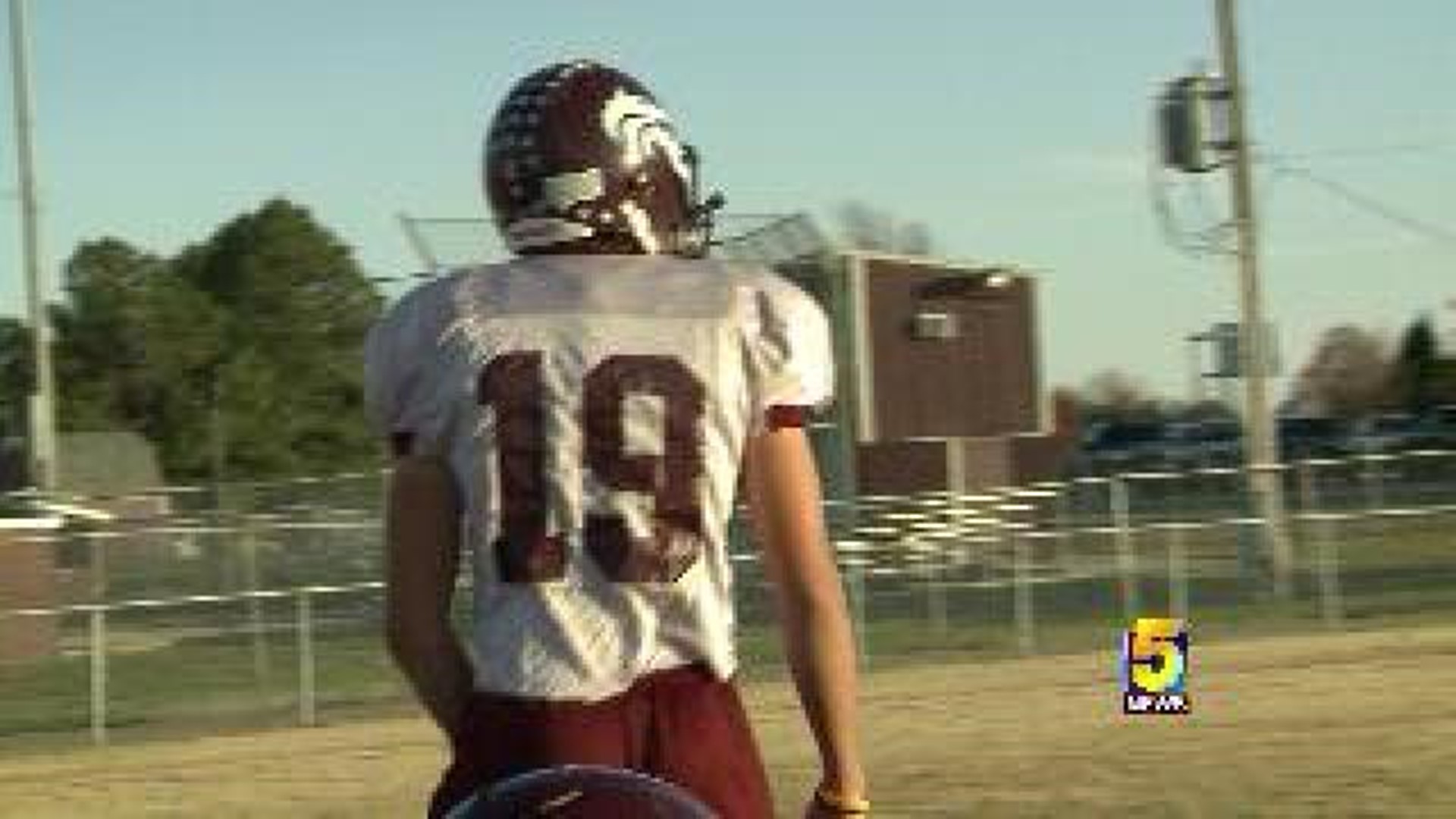 Lincoln found out during the summer that Emilio Marrufo-Gonzalez would be attending school there as a foreign exchange student and right away jumped on the opportunity to get him to join the team.

"The first time I saw him move and run around I could tell he was an athletic kid," said Head Coach Brad Harris. "We wanted to get him out to be a part of the team as much as anything and let him enjoy the entire program."

Emilio originally came to play baseball, but decided to give football a try. And it was the first practice that revealed his kicking abilities.

"They said oh my god have you ever kicked a football? I said no, only a soccer ball," said Marrufo. "They said you are doing a good job. We can keep working with you and then finally we can have a great kicker."

Emilio has turned into one of the best kickers Lincoln has ever had not just because of his talent, but also because of his fun loving personality and will to win.

"He's played a lot of sports growing up," said Holder Lane Maddox. "He's all about winning and he wants to do anything to help out the team."

"He's a funny kid," said Harris. "He gets along with people. He has quite a few girls chasing him around school I think so he's playing the field a little bit and having a lot of fun."

Passionate for the game of baseball, Emilio never thought he would enjoy playing another sport. But after this football season, that has changed.

Emilio has connected on 57-of-59 extra point attempts this year. He has also made 10-of-12 field goal attempts this season, with a long of 48 yards.