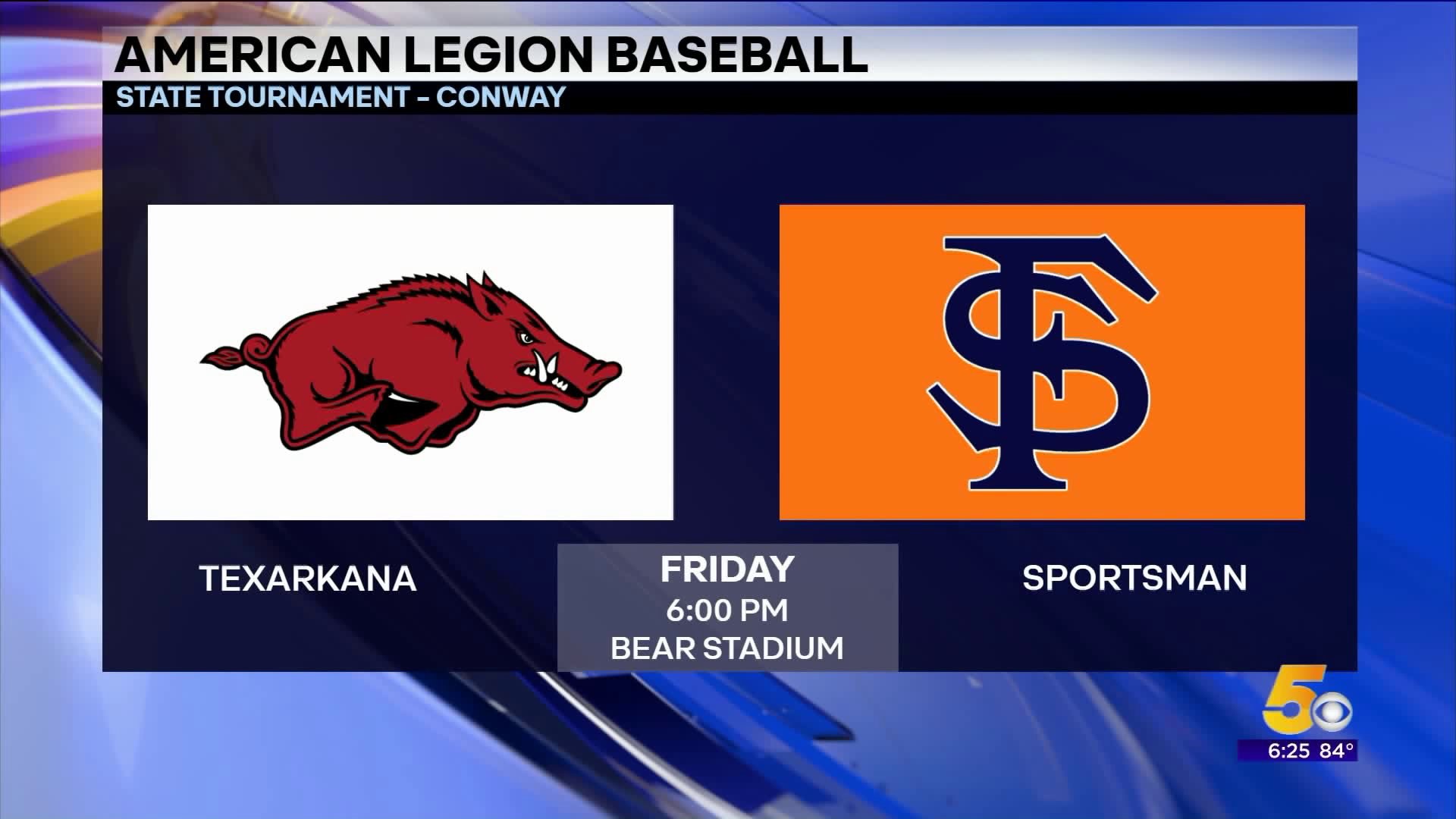 FORT SMITH (KFSM) - As has become the norm over the last decade, the Sportsman have racked up the wins over the summer. And with a 25-4 record, Fort Smith is just three wins from the AAA American Legion state championship.

Summer’s been going good, been winning a lot of games, having a lot of fun," said Dakota Peters, a rising senior at Van Buren. "Love being around these players. I’d never met them before but it’s been a lot of fun."

"We don’t take anything too serious, it’s nice to have a little fun being in the summer. So we get to have fun. We play hard but we still have fun so it keeps us going," summed up four-year veteran Ryan Daggs.

And while this group of Sportsman may not have the most talent of a Trey Prieur squad, the team has meshed better than some in the past.

"The kids that love the game and want to work hard and they have fun doing it," explained Prieur, in his ninth year coaching the program. "And that’s the basis of what we do. We are a very relaxed atmosphere, we like to enjoy the game. We don’t want to get too much pressure put on because we know it’s just summer ball. And we know that they got high school season next year, some of them got college next year. And we want them to have a relaxed atmosphere playing ball."

"This team’s a lot younger, so they like to have a lot more fun than what I’ve been usually around," agreed Daggs. "Being in college for a year [at College of the Ozarks], there’s not as much joking around and stuff. It’s nice to be able to have fun and come out and play with these guys."

The state tournament continues this weekend at UCA. Fort Smith faces Texarkana in the winners bracket at 6:00 p.m. on Friday.