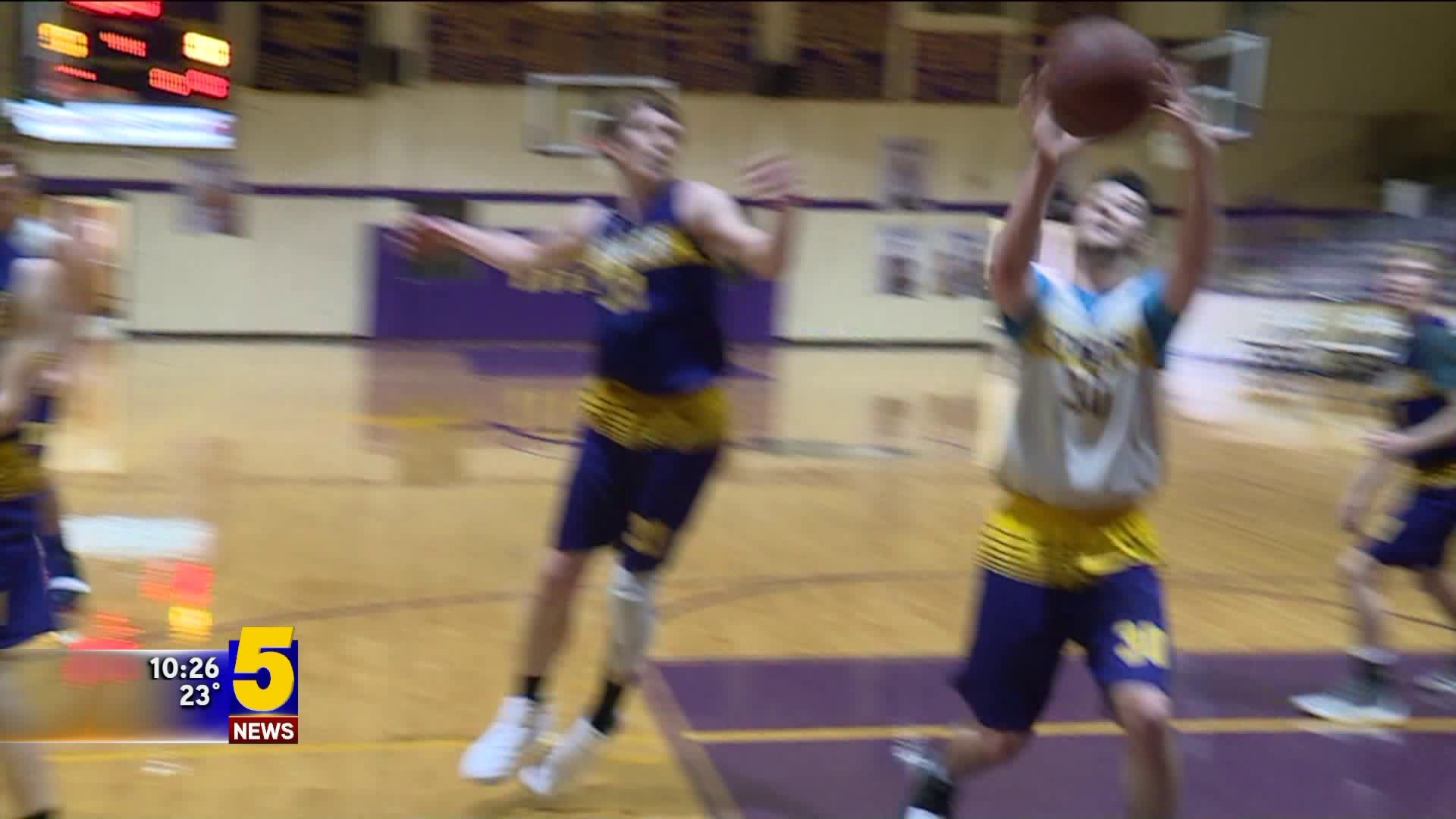 But despite starting five juniors, the Golden Arrows have found a lot of success. Lavaca is off to a 17-4 start, 8-0 in conference play.

"I think we play pretty hard and always give it our best," said junior Jayger Wagner.

For one we have a lot of guys that enjoy being around each other," added Reed. "They take the game serious, play the right way. We’re very very unselfish."

The secret to Lavaca’s continued success, playing with a chip on their shoulder.

"Take care of business, not make mistakes. Just the little things that we need to do," Wagner pointed out.

Last season, even with Eck and Dockery leading the way, Lavaca was upended in the first round of the 2A West/Central Regional, falling a win shy of the 2A state tournament. Reed is confident the Golden Arrows can change that result this year, especially with a balanced offense.

"It’s very important cause they can’t try to just focus on one person, they have to focus on all," added Wagner.

"Coach Reed just says when we win a game, forget  that game and focus on the other one," fellow junior Andrew Wright said about the message preached to the team. "And keep on going, keep on going."