Nabs Second Qualifier Spot With A Score of 68 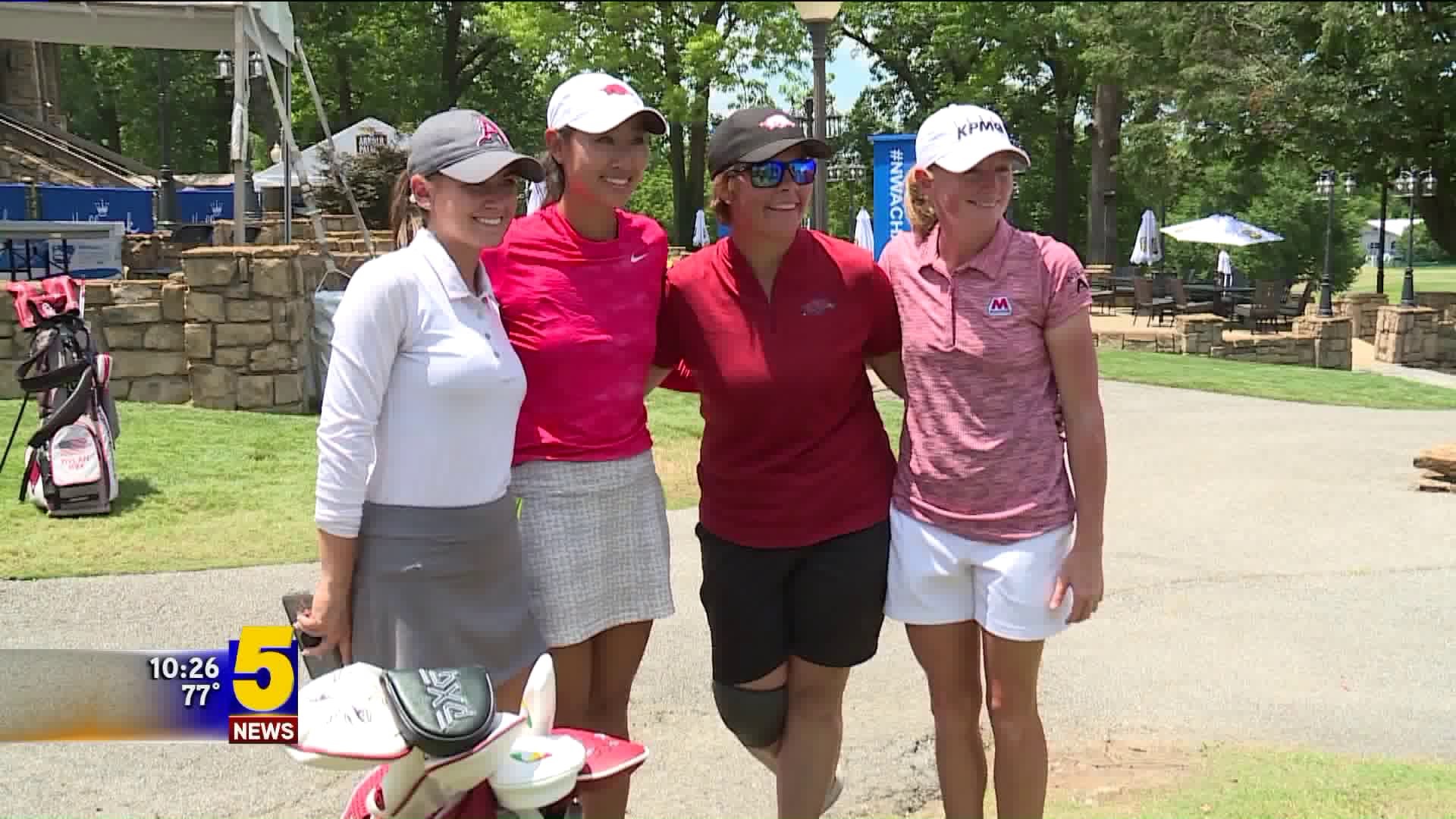 We knew for sure there would be five razorbacks competing here at pinnacle country club, but thanks to saome qualifying round heroics from Dylan Kim, there will now be a record six. Kim knows what that means for the program.

"I think it's just a testament to what Stacey`s done for the program and what Shauna`s done to have so many good players who are also Hogs."

Kim shot a three under 68, which ensured her a qualifying spot for the second straight year.

"It kinda felt like my day it's just really nice to be back in the tournament another year."

Kaylee Benton was happy to see her former teammate make the cut.

"When Dylan qualified yesterday, I expected one of them to, they're all so good, but it's really exciting, it says so much about our program and what Shauna's done for us.

"It almost feels like the old team is getting back together," says Kim. "Feels like maybe a little bit of a continuation from college, which I don't mind, it's really fun, and I think it also shows that we had a really strong team these last couple years."

"It will be like old times with team and everything. I think it will be good, it`s so awesome to see my team out there."

And Kim says there`s no tournament they`d rather get the chance to do this in."To have do many razorback supporters and they get really loud, it's so nice they call the hogs for us."

One thing's for sure, the hog fans along the 17th green will get plenty of chances to flex their vocal chords.