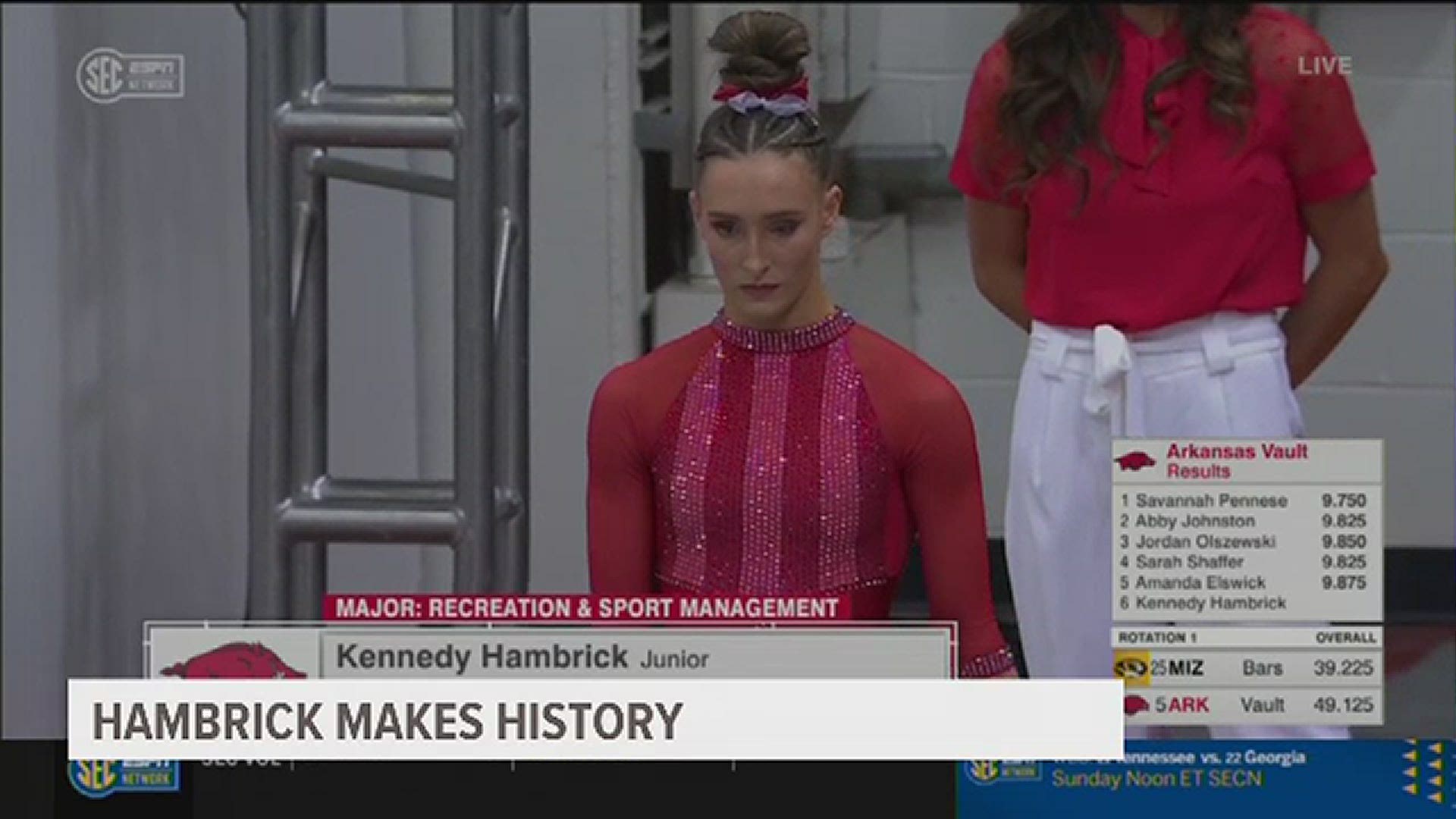 “I still see it and am like woah, I can’t believe I did that," said Arkansas gymnast Kennedy Hambrick.

Hambrick swept the event titles on the night, and it started with a 9.975 on the vault. She followed that with a 9.875 on bars.

“I have to say it didn’t shock me because that is what we know Kennedy can do," said Arkansas gymnastics head coach Jordyn Wieber.

She then hit a career high on beam, which Wieber said is why the team calls Hambrick "icey" on the beam.

After a 9.950 on floor, Hambrick had the highest all-around score in Arkansas gymnastics history.

“It was amazing, I never thought I would feel so much passion and joy for the sport and being with my team it was overwhelming," said Hambrick.

“She’s been so intentional with her training, I was kind of waiting for it to all come together in a meet this year," said Wieber.

The Arkansas junior got on the mat for the first time in her life at just three years old.

“There have been ups and downs, but I’ve really learned to love it," said Hambrick.

“She’s one of the most talented athletes I’ve seen and she loves gymnastics,' said Wieber.

Hambrick has used that love to put her all into a sport she is so passionate about.

“Even on the hard days I just know I can do this. I just keep pushing myself to get better everyday," said Hambrick.

All that work came full circle on a night so special, that even for a moment, Hambrick let her guard down after realizing she what had accomplished.

“I am not a crier when it comes to that stuff, but it all hit me at once and I realized wow I can do this," said Hambrick.

It made Hambrick’s performance that much more special to have her Razorback family by her side.

“Barnhill is just a special place in my heart, it brings this joy and passion that we all have for this team and it’s one giant family," said Hambrick.

Now, Hambrick has cemented her legacy within that Arkansas family that will last long after her days as a gymback have come to an end.