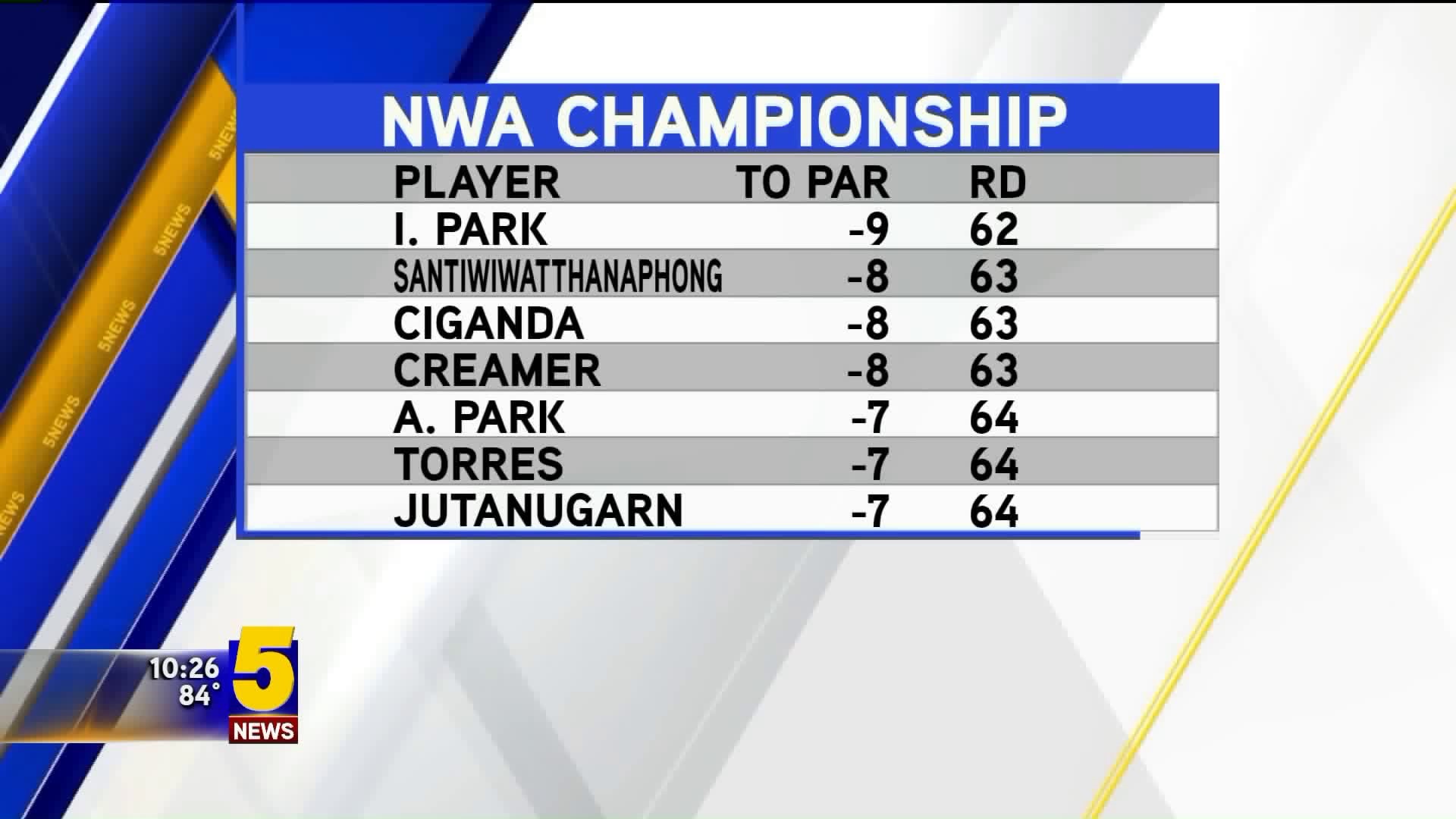 ROGERS (KFSM) - The first round of the NWA Championship teed off this morning, and 2013 winner Inbee Park (South Korea) sits atop the leaderboard as the first groups start to finish up.

Park sits a stroke ahead of her competition at 9-under. Sherman Santiwiwatthanaphong (Thailand) and Carlota Ciganda (Spain) are tied for second at 8-under.

Stacy Lewis leads the pack for Arkansas alum, finishing the first round at 3-under. Kaylee Benton and Alana Uriell finished at par. In her professional debut in the Natural State, defending NCAA champion Maria Fassi shot 1-under. Gaby Lopez had the lowest round of any of the six former Razorbacks in the field as she shot a 4-under round of 67.

Paula Cremer provided the excitement in the afternoon as she fired an 8-under round of 63 to pull into a tie of second place.