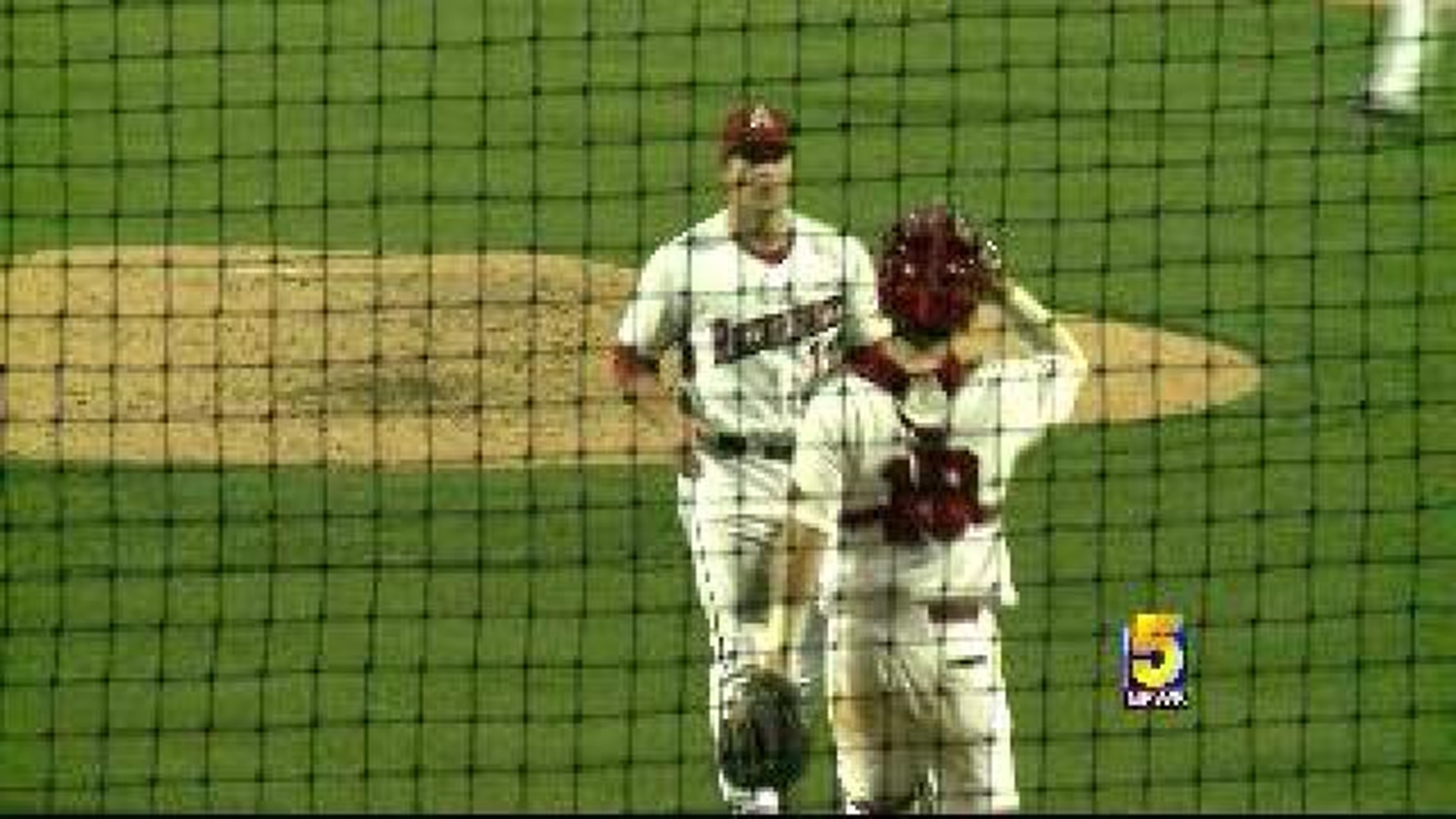 A day after No. 17 ranked UNLV outslugged Arkansas, the Razorbacks returned the favor.

No. 24 Arkansas pounded out 12 hits and rolled to a 9-2 win at Baum Stadium to split the two game series.

"Just a good bounce back win for us, getting ready to get on the road tomorrow," Arkansas coach Dave Van Horn said. "Needed a win against a good team and we got it. Alex Phillips came out, kind of pitched the way he pitched in the fall. Spotting his fastball on both sides of the plate, few changeups to the lefties every now and then, and kind of throwing a breaking ball around the plate for a strike. He gave us six good innings against a good hitting team."

Arkansas (21-13) scored in each of the first four innings, including four runs in the second to blow the game open. Michael Bernal started the big inning with a RBI single then Tyler Spoon followed with a three-run home run to put Arkansas up 5-0.

That was more than enough run support for Alex Phillips as he threw six scoreless innings to improve to 3-0 on the season. Phillips struckout six and walked just one while allowing one hit.

Andrew Benintendi and Joe Serrano were two of five Arkansas players with multiple hits. Benintendi drove in a pair of runs.

"It's (LSU)  a good team," Van Horn said. "A lot of left handed hitters in the lineup, three outfielders that can really run. They like to hit and run and bunt. It's just a weekend you go down and play. It's just like every weekend. Friday night starter, Aaron Nola, has been incredible his whole career there. The last two years he's been almost unstoppable. We've got our hands full. We are going to have to play a great game if we're going to beat them on Friday."