High Powered Offense Has Elks In The Hunt 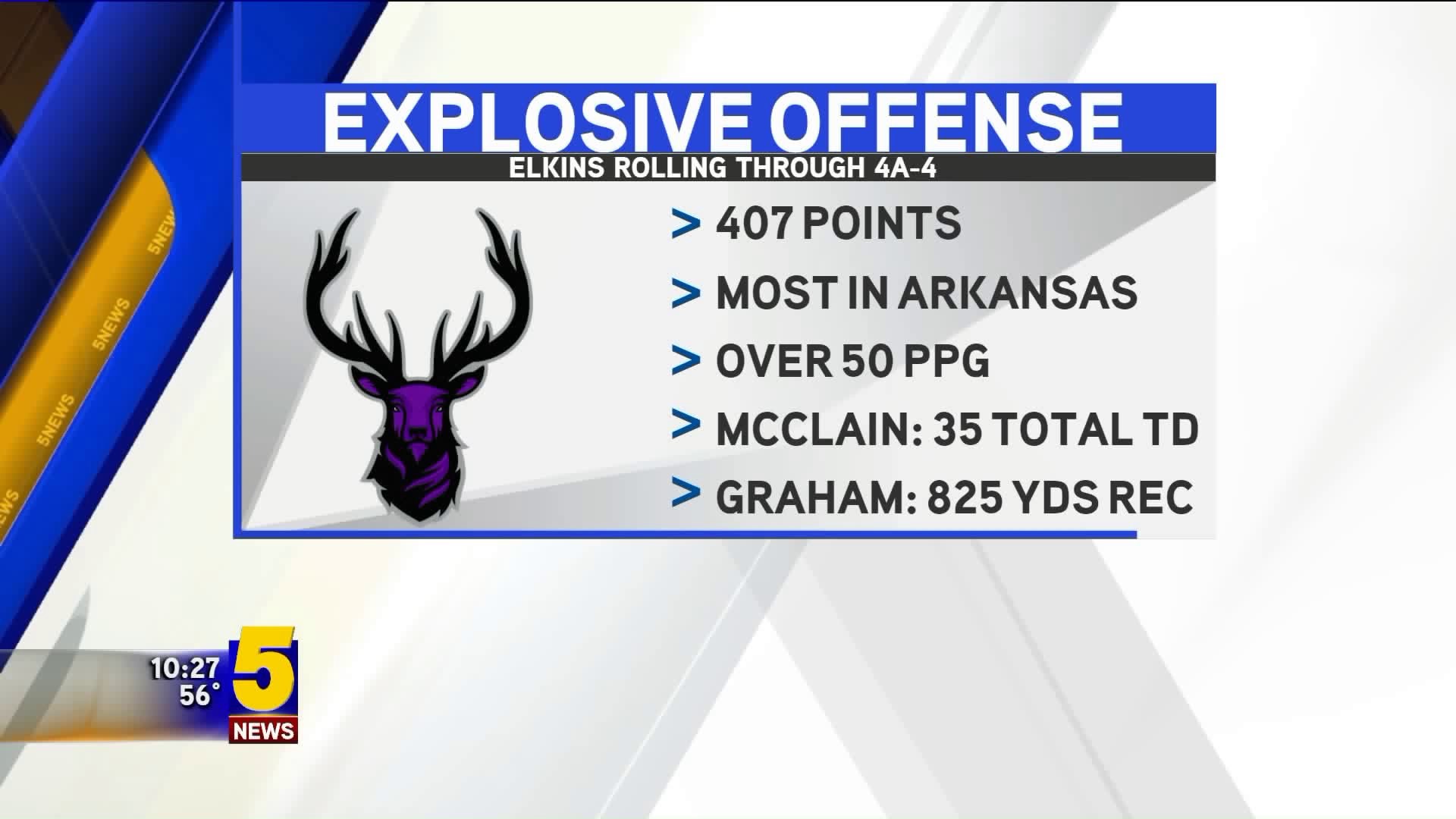 ELKINS (KFSM) - Moving up to the 4A, Elkins knew size would be an issue. So they countered.

"We’re not the biggest team so we have to be pretty fast."

"We gotta counteract size with speed it’s our only chance."

"We catch most teams off guard when we say hut and they’re not ready, and we’re just down the field already."

Down the field, and usually in the end zone. The Elks put up over 50 points per game, mkaing them the highest scoring offense in the state. For one of the few teams in the conference that has to play guys on both sides of the ball, this is especially important, says first year head coach Bryan Hutson.

"Sometimes when you make a mistake on offense it carries over to defense and you continue to mess up, but these kids haven’t done that."

A defense can get warn down when they’re also the ones playing offense, but the Elks have found the solution: just don’t stop scoring.

"Our defense, it’s improved throughout the year, but with our defense scoring as much as it has, it’s big, says Quinn McClain, a junior quarterback."

The speed with which the Elks can score also allows them to catch their breath. So far, they've outscored their opponents 254-86 in the first half.

"It's big that we try to get on top early," says McClain, "so that we can rest later in the game."

There’s another advantage to scoring fast and often, adds Graham.