Harber High School Senior Ty Harrison had very little time off after football season. He had to jump right onto the mat to start wrestling season. 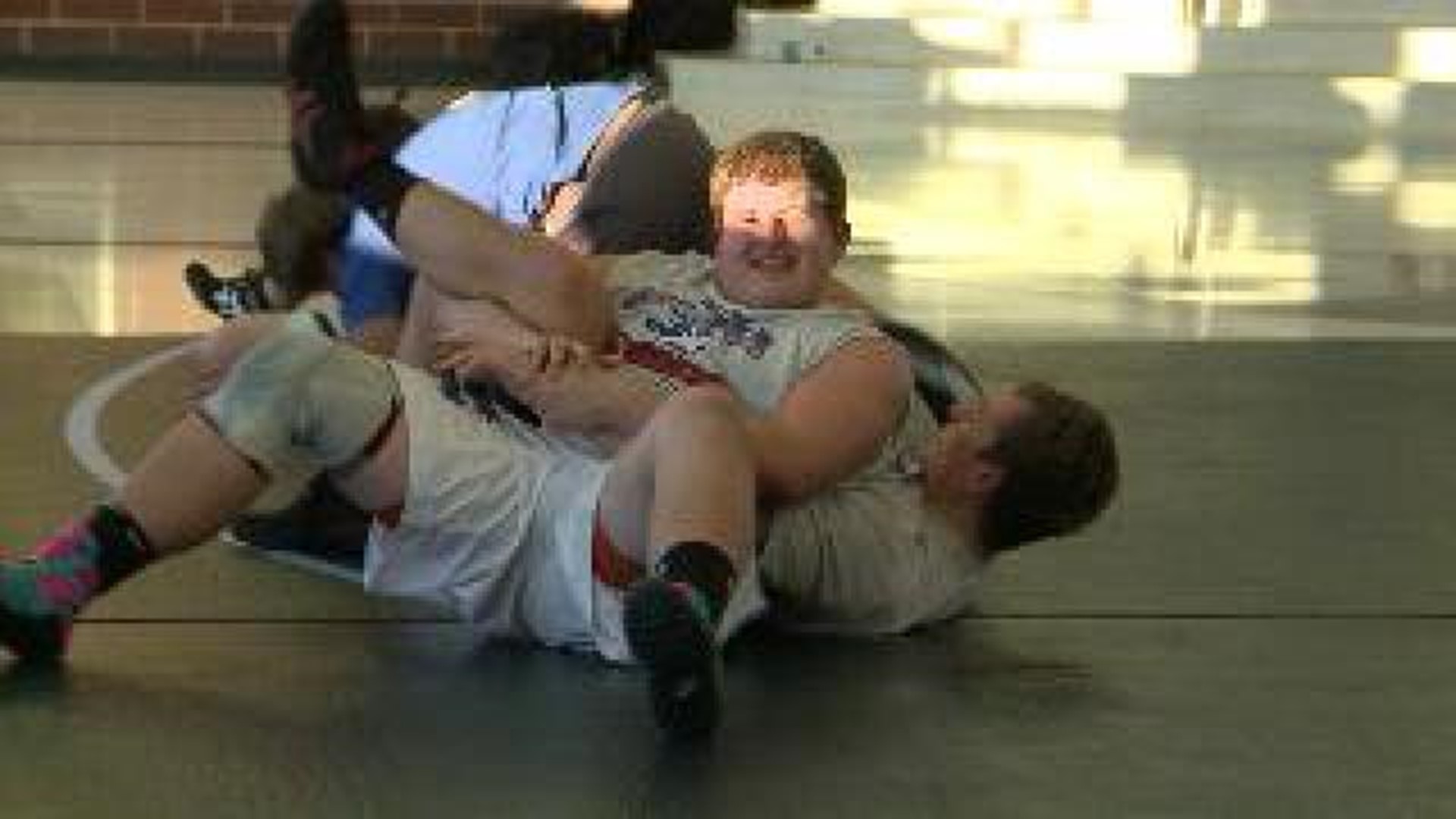 Har-Ber High School Senior Ty Harrison had very little time off after football season.  Rather than getting to have a break after the grueling demands of football Harrison jumped right into his next sport, wrestling.

Ty was the starting center for the Wildcat football team this past fall and had a great season. He takes the skills he learns on the football field and applies them to wrestling in order to make him the best he can possibly be.

"He comes into wrestling and he already has the hand finding control down and we help him with leverage, keeping balance and good footwork," said Head Wrestling Coach Nika West.

Ty took first place at the conference championships and second place at the state tournament last season in the heavyweight division.  This season he looks to go one step further and claim that state title.

"It feels really good to walk out there and wrestle your hardest and get your hand raised at the end and get a gold medal," said Harrison. "I was so close last year and I want it so bad this year.  I will probably do anything to get it this year."

Harrison and his team will continue to work hard all season long in order to try and capture another Team State Title.