Grizzlies Lean On Williams For 6A Title Run 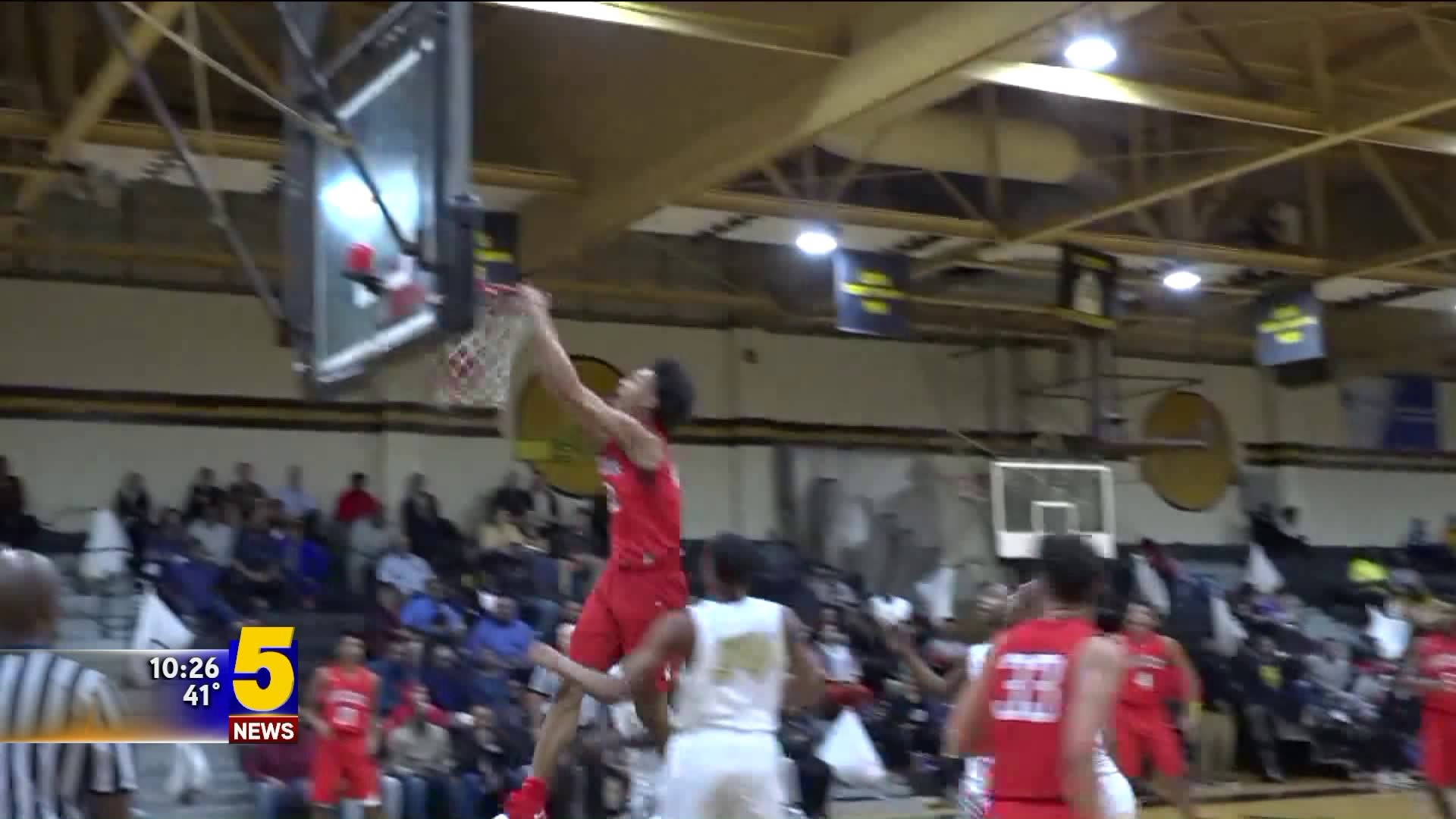 FORT SMITH (KFSM) - Northside was gunning for a second straight state championship last March but the Grizzlies ran into an opponent that is undefeated.

Then sophomore Jaylin Williams had to sit on the bench as North Little Rock claimed the title but he's ready for redemption as the Grizzlies are headed back to Hot Springs on Friday.

"I’ve just been trying to get us that (win)," Williams said. "Whatever I have to do to get us the win, that’s what I’m going to have to do."

Northside finished as the No. 4 seed from the 6A-Central but with the experience of reaching back to back title games and the benefit of a 6-foot-10 centerpiece, the Grizzlies getting to the championship game isn't a surprise. And their formula for success isn't a secret.

"We giving it to Jaylin Williams inside," Grizzlies coach Eric Burnett said with a laugh when asked what makes them successful. "Jaylin makes everything go for us. He’s a really good passer and the guys know when he gets the basketball, he would rather make a nice pass to somebody rather than go score."

"I think we all feed off of Jaylin," Northside junior Braylin McKinney said. "He helps us better as a team and we’re built around him."

Williams, who already has an offer from Arkansas, is averaging 15.4 points, 10 rebounds and 1.7 blocks per game.

Some thought the Grizzlies might take a step back after playing in the final game in each of the past two seasons and Williams heard his critics, and used them as motivation.

"We always had that chip on our shoulder," Williams said. "Throughout the whole year, everybody was putting us down saying we weren’t going to make it anywhere like we did last year. Before they even saw us in our jerseys, they were putting us down."