The resume Rick Jones has compiled at Greenwood over the last nine years is finally earning him national recognition. 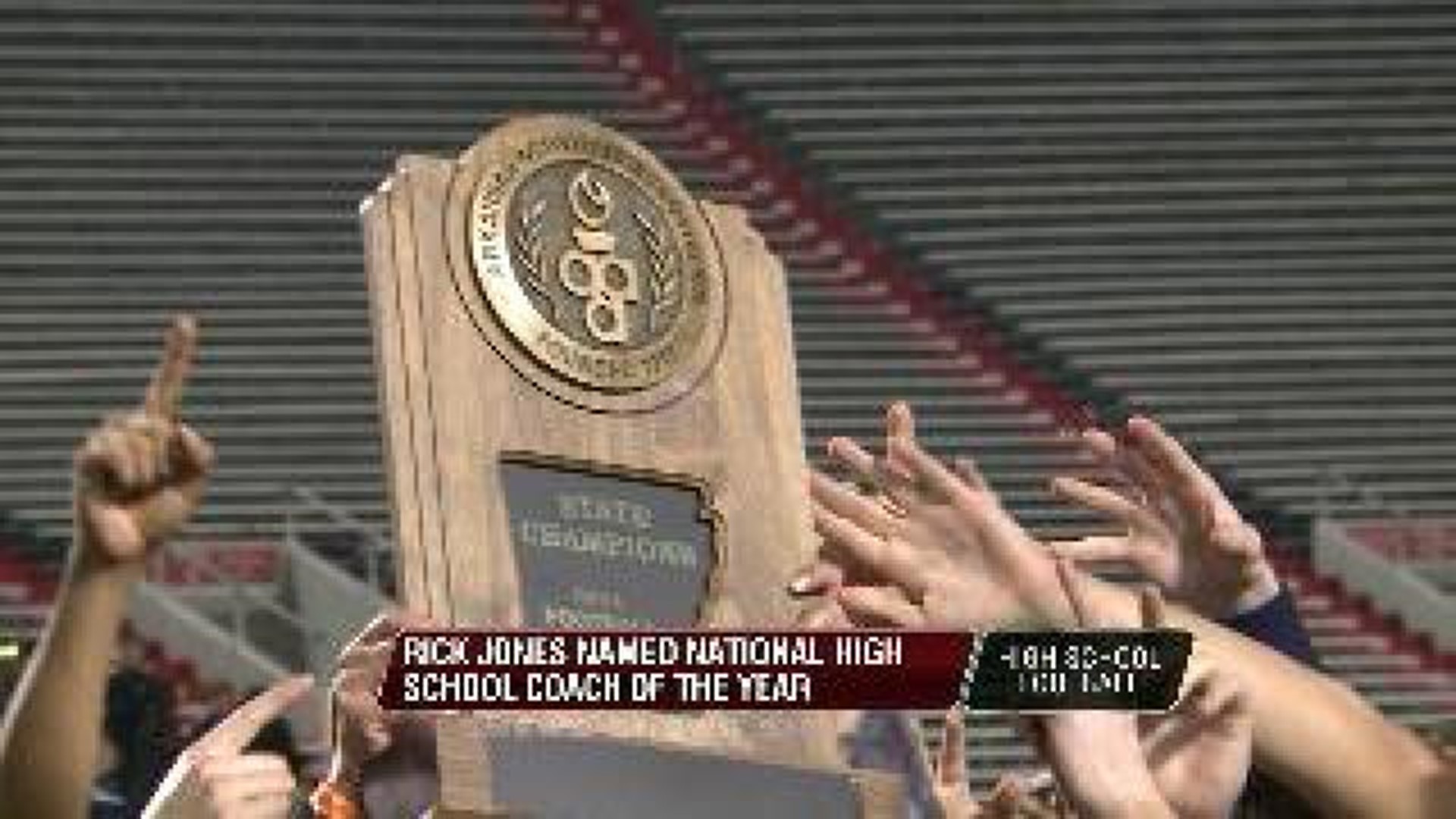 The resume Rick Jones has compiled at Greenwood over the last nine years is finally earning him national recognition. Jones is being named the 2012 National Federation of State High School Associations Football Coach of the Year.

The award is given out to one coach in 10 different sports. Jones was the lone winner for football.

His most recent title came in December when Greenwood beat Pine Bluff in the finals to cap off a 14-0 season in the school's first year as a 6A program.

In his nine seasons as head coach Jones is 107-16 overall. He currently has a 38- game winning streak dating back to 2010. That streak is third all-time in the state of Arkansas.