Greenwood Caps Off Perfect Season With 6A State Championship 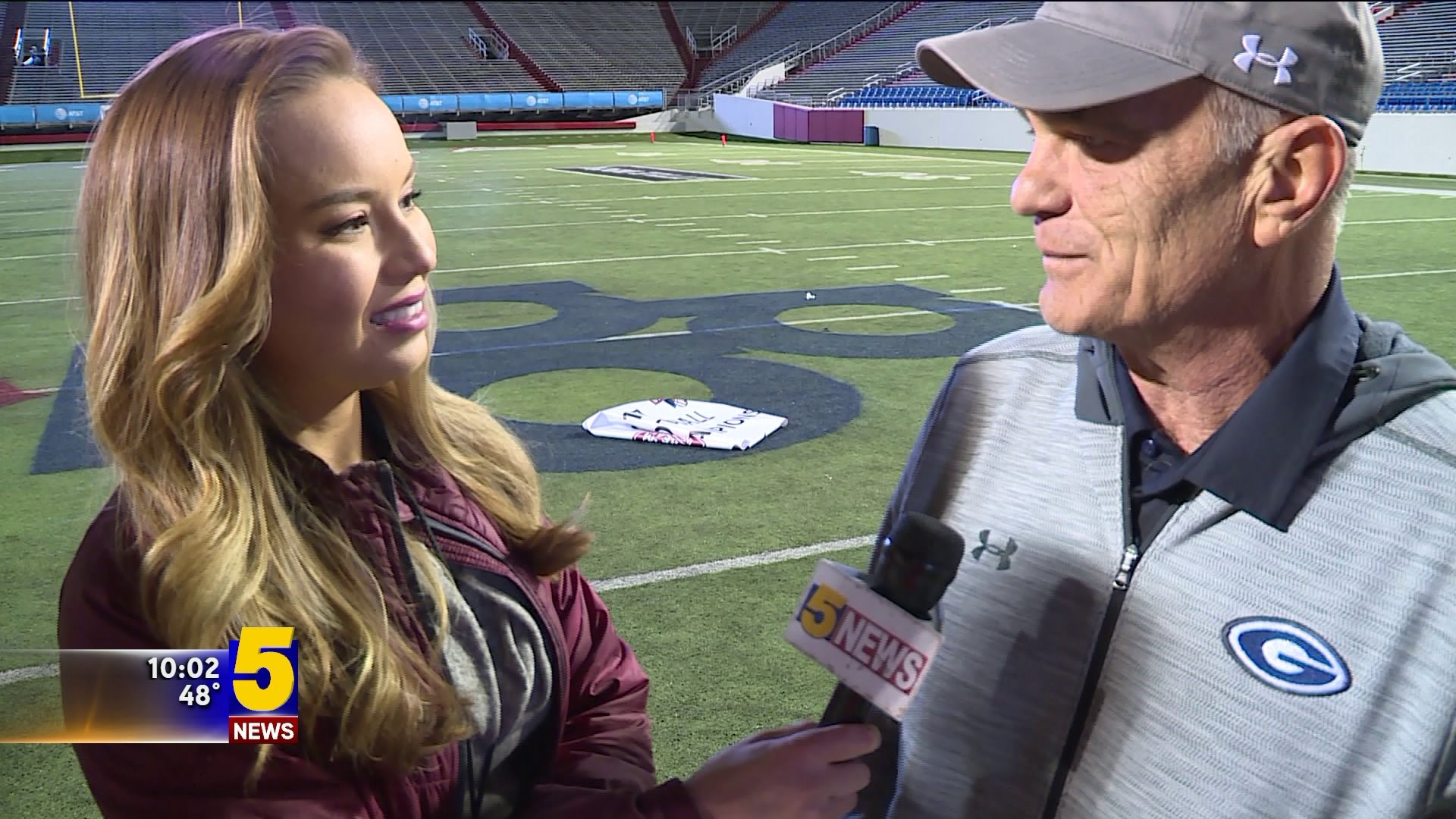 LITTLE ROCK (KFSM)--Right off the bat, there were fireworks at War Memorial Stadium. But quickly, it became a one sided affair.

Greenwood (13-0) led 31-14 at halftime and never looked back en route to a 52-14 win over Pine Bluff (11-2) and its first state championship since 2012. The win gives head coach Rick Jones his seventh state championship at Greenwood.

Jyrimee Thompson caught his 17th touchdown of the year on an opening drive 43 yard pass to give Pine Bluff a 7-0 advantage. But it didn't take long for Greenwood to respond, as Kenny Wood ripped off a 73 yard touchdown run on the Bulldogs' first offensive play. From that point, Razorback commit Connor Noland took over.

Wood scored again from inside the five yard line to give Greenwood a 17-7 lead at the end of the first. Then Peyton Holt hauled in a 49 yard touchdown on the opening play of the 2nd quarter to take a 24-7 lead.

Jackson Webb's 57 yard touchdown opened up the scoring in the 3rd quarter and Greenwood continued to pile on the points, entering the 4th with a 52-14 advantage to put the sportsmanship rule into effect.