GREENWOOD (KFSM) – Rick Jones is the ultimate high school football coach but that has nothing to do with his career record. The Greenwood coach sits back ... 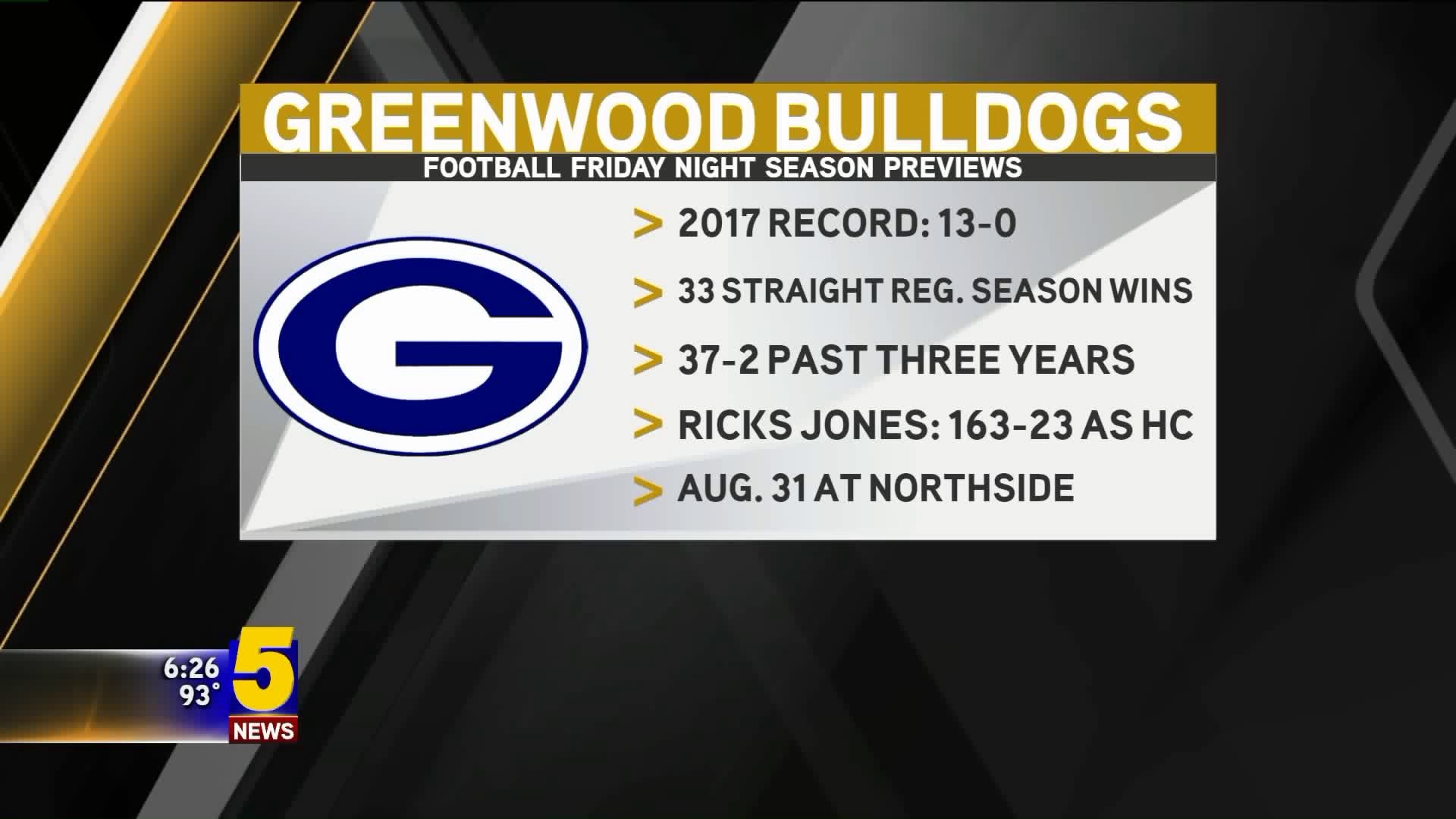 GREENWOOD (KFSM) - Rick Jones is the ultimate high school football coach but that has nothing to do with his career record.

The Greenwood coach sits back at the start of each new year, and now that happens in the spring, and looks at what pieces he has. That's when he starts putting together what his team will look like.

"High school coaches like the puzzle," Jones said. "We like to figure out how to get all the pieces in the right place. We’re very, very fortunate we do. We have some puzzle pieces. We just got to make sure that we have those guys in the right place."

The only puzzling thing surrounding Greenwood has been how to slow them down. The Bulldogs have won seven titles, and have been to the championship game 10 times, since the start of the 2005 season and are coming off an undefeated 2017 season.

"We’re just trying to have fun and trying to forget about last year, not live in the shadow," senior defensive lineman Joshua Maze said. "We just want to create a name for ourselves so we’re just trying our hardest."

Peyton Holt was the Bulldogs' biggest playmaker at receiver a season ago but now he takes over at quarterback, a position Greenwood has been loaded at in years past.

"I think he has some instinctual things just from being out there on the field and sort of understanding obviously what the receivers are doing and it gives him a heads up when he’s out there," Jones said.

Greenwood has sent the likes of Connor Noland (Arkansas), Luke Hales (UCA) and Jabe Burgess (Tulsa) to play quarterback at the division-I level in recent history. Holt is committed to play baseball at UL-Louisiana but he said his play as a receiver has made the transition significantly easier.

"I know kind of what the defense does and how the plays are," Holt said. "I know pretty much every position coming in and so it was pretty easy to pick up the offense."

Greenwood starts the new year with a 33 game regular season winning streak as they travel to Northside on Aug. 31.